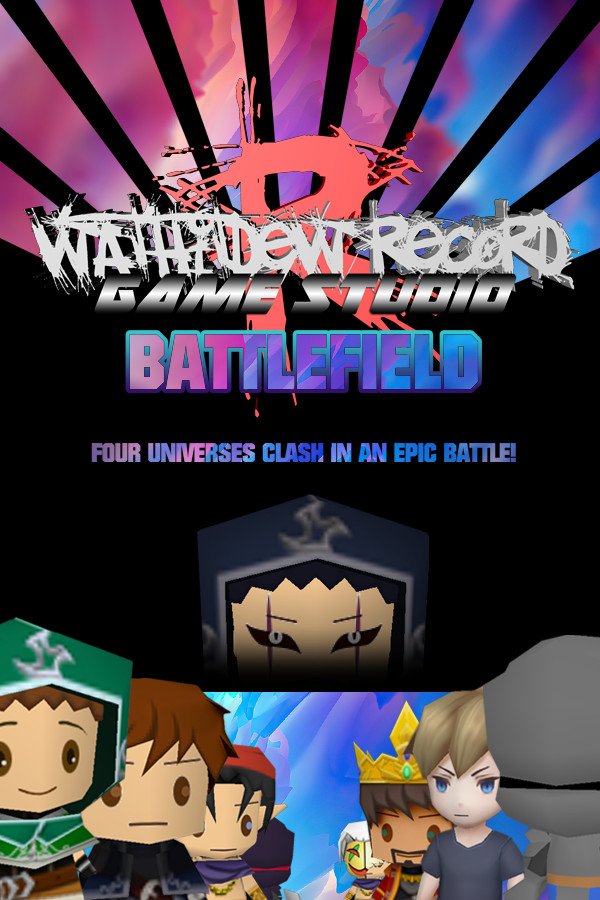 In this game made with the Smile Game Builder engine, four universes from Wathitdew™ Game Studio franchises clash in an epic battle!

This turn based JRPG style battle game features a total of 20 playable characters and 12 stages including the unlockables. The main game modes are: Classic Mode, Quick Game and Boss Rush... There is also an Adventure Mode of more or less 1 hour which introduces a brand new antagonist! You can also activate the speedrun timer to try to beat your best time doing adventure mode!

Be sure to also take a look and read about the lore of every character and stage in the History & Information section of the game! Official data and lore from all of the games as been added for you to discover!

You will have to play all the modes several times to earn enough rank xp and credit to clear all of the 12 challenges that give you in game bonuses! It will also contribute on unlocking the 10 achievements hidden in the game! Credit can also be used to purchase items that will transcend space and time to help you in most of the game modes! The characters and stages of the four franchises: Adventure Field™, PROJECT : KNIGHT™, Aeternum Quest™ and Shadow Fear™ Path to Insanity are waiting for you to join the battle!

The game as been made entirely with the Smile Game Builder engine and as not been exported to Unity to customize it in any way! So this game is an example of what you can do with the SGB engine without any knowledge of programmation whatsoever! Keep in mind when playing that this engine as some limitation...