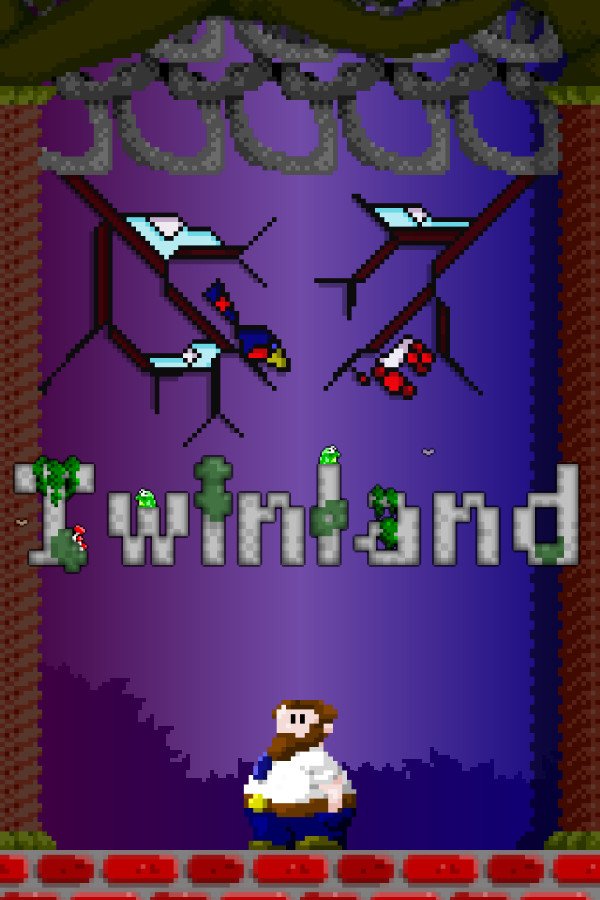 Twinland is a Metroidvania set in a kingdom full of weird creatures, dangerous dungeons and powerful artifacts. You play as an average guy who once fell asleep at his office desk and somehow warped to this mysterious land. The first 'person' he met there was a talking sword stuck in stone. So the would-be hero grabbed this weapon (which happened to have some shape-shifting abilities and aversion to human touch) and set out to explore Twinland 'cause he had nothing better to do anyway.