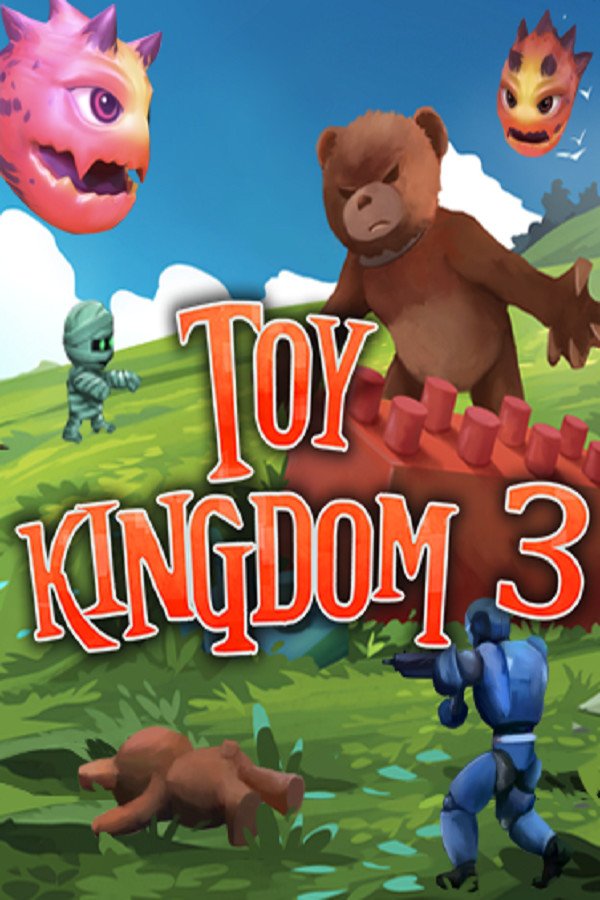 Toy Kingdom 3 is a arena-styled FPS about acquiring toys and fighting beside them! 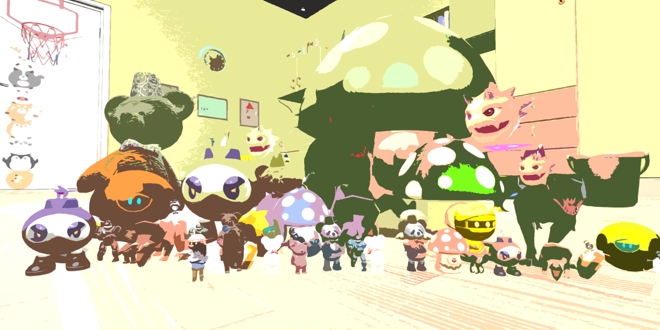 Play as an action figure - you are a toy. Toy Kingdom is in peril—Sir Cuddles has taken reign of the room and all the toys in it. He uses the arena in a way to make entertainment using prisoners. Fight in the arena, build your toy team, and defeat Sir Cuddles.

Teddy Bears
These characters are the standard civilians in the realm. In the arena there are different types: boxing, pink fire-ball throwing, and ball-launching. Recruit these teddies to join you in the battle against Sir Cuddles.

Dinosaurs
The dinosaurs are the fiercest and fastest in the arena. They fight teeth and claws in the arena to claim status as apex predator.

Robots
The robot toys equipped with beams and bombs live in the child's room near technology. They thrive off battery power, and use their abilities to counteract even the most powerful of foes.

Monsters
The monster faction consists of the most diverse toys. Their estranged differences are the reason they band together, making them one of the most challenging opponents.

12 Unique Characters with Character Evolutions
Each character evolves on your team as they gain experience from battle.


Arena Combat
Fast-Paced battles with ever-changing dynamics based on combatants.


25 Levels
Repayable levels with random generation of enemy combatants for variety of gameplay and strategy.

6 Boss Battles
Win each rank in arenas to face the unique bosses to gain access to the ultimate show-down with Sir Cuddles himself...at the Tea Party.