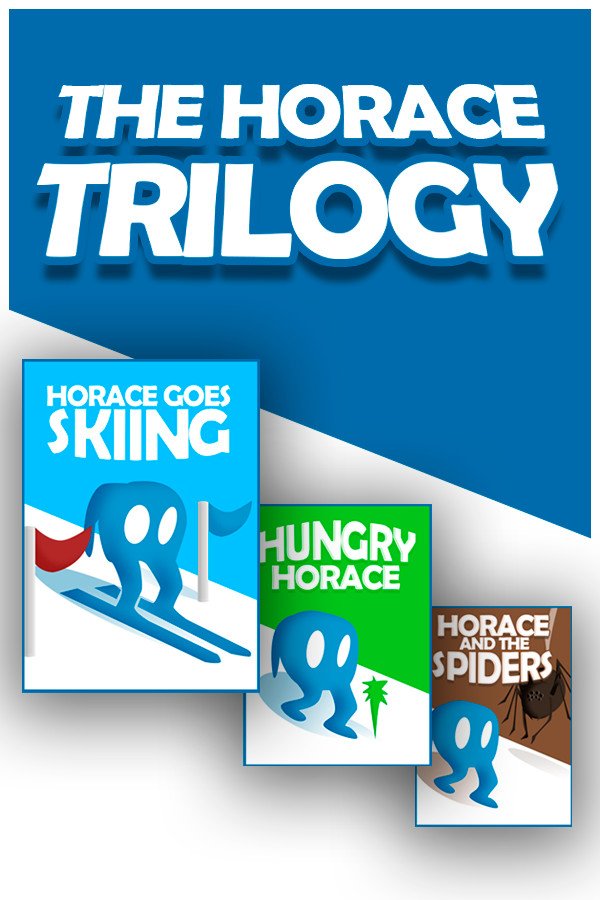 In 1982, the first of William Tang's beloved Horace games, Hungry Horace, appeared on the ZX Spectrum home computer. The arcade style maze game starring the odd blue character proved popular, and so was swiftly followed by Horace Goes Skiing, which saw Horace dodging traffic and skiing down a slalom course, and Horace and the Spiders, which had Horace platforming over fearsome arachnids. Now, relive those days in this remastered emulated version of all three games in one!

The mischievous Horace loves to play cat-and-mouse with the guards in the park. Eat all the flowers and (if you are lucky) the guard's lunch, but be careful not to get caught! Ring the bell to turn the tables on the guards and chase them down.

Horace is ready for a day on the slopes, but first he must dodge traffic to buy a set of skis. Then, try your skills as you slalom down a tricky mountain course, aiming for flag gates and dodging trees.

Horace and the Spiders

Horace faces off against a hoard of eight-legged monstrosities. Survive the hazards of the mountain and the bridge before engaging the spiders in a deadly dual in their web.