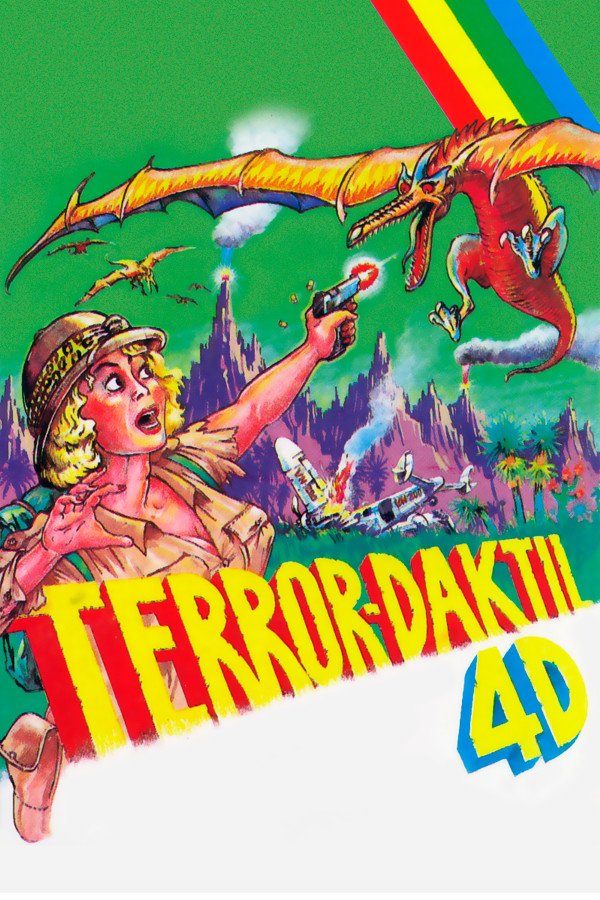 Originally released in 1983 for the ZX Spectrum, Terror-Daktil 4D gave players a unique twist on the traditional arcade shooter, as they must carefully aim arcing shots at flocks of enemies. The game also contains an opening cinematic cutscene - a rarity for early 80s computer games. Now, relive those days in this remastered emulated version.

Survive for six days and six nights by firing arcing shots from your cannon at the fearsome Terror-Daktils.