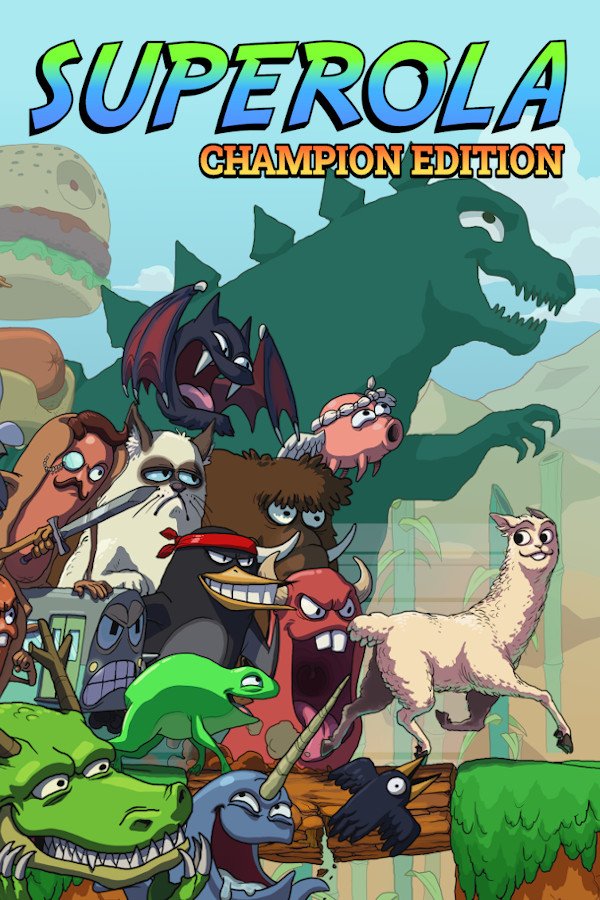 Superola Champion Edition is a challenging runner-style platforming adventure, in which you’ll have to guide a burger loving llama in its quest to defeat the Hotdog Aliens and recover the stolen hamburgers... before they get cold!

Explore 10 worlds with over 70 super challenging stages, unlock all the costumes and map’s secrets, fight boss battles, clear bonus rounds and compete with up to 4 friends!

Explore the fantastic world of Miracle Land in this adventure full of bizarre locations, goofy characters, irreverent situations and lots of retro-gaming and pop-culture love.

Follow the storyline to defeat the Alien Hotdog army and find all the secrets to reveal the special ending and recover all the lost burgers!

Superola features both a modern mode and a retro mode:
You can switch between modern and retro style anytime!

The Mighty Alpaca warrior fought well during the war, but also caused great suffering. It’s time for redemption! Alpaca can jump, dash, climb, swing and even change gravity, but all of these abilities must be offered one by one as a sacrifice to the Alpaca Gods in the Alpos Tower.