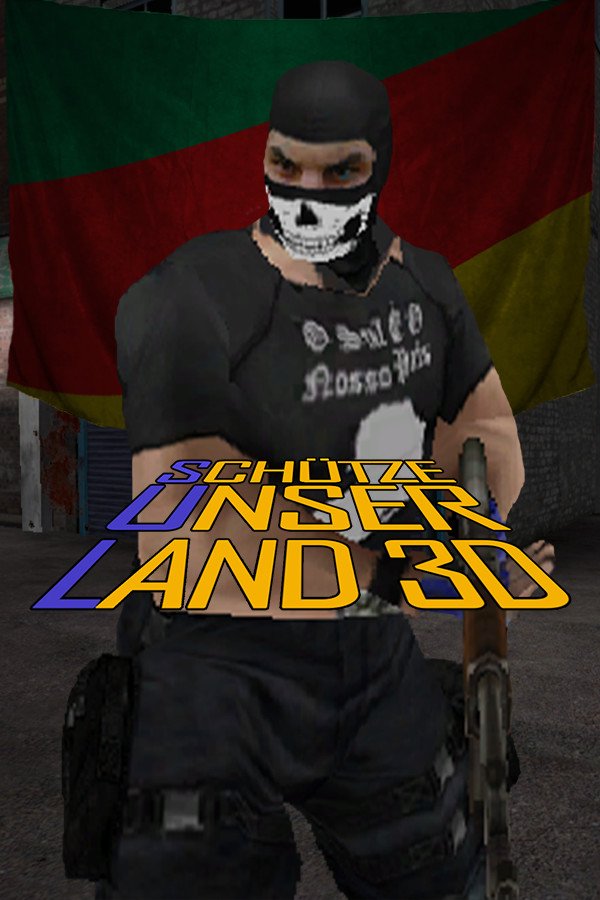 Plot
The game takes place in an alternative reality, starting in 1985, where, shortly after General Figueiredo approved a series of measures that would restore power to the population, thus restoring and putting an end to the military dictatorship, a group of integralists appears and begins to warn the masses about a red peril that demanded the continuation of an even more repressive military government. They settle in Rio de Janeiro and expand their sphere of influence. Years later, now in 2001, our protagonist, Bruno, is in a Porto Alegre CTG when the green chickens decide to take power in Rio Grande do Sul by force thus capturing a series of members of a southern resistance including Bruno's sister, Lara.

Gameplay
In the game you can walk, run, jump, crouch, crouch, aim and shoot. The aim of the game is in the classic pattern of shooting games like Black, Call of Juarez or Duke Nukem Forever. Most of the levels follow the old-school pattern of first-person shooters: We're in a scenario full of corridors where we need to find a key or activate a valve that will open a door in order to proceed to the next level. Meanwhile, we are dealing with a series of different enemies, all in the service of the integralist occupation militia; soldiers, police, gangsters, etc.

Technical Problems
There are three main technical problems that are a consequence of the engine used in the game itself. The first is when the character stops changing weapons, in these cases just press the "0" key that will leave the character empty-handed, then press any number to select a weapon and the character will be switching weapons again. The second is when the character gets stuck on the ground while walking, just hold the "C" key to get down and walk two steps forward, then you can get up and the character will be walking freely. It may also be that an error appears when selecting a part to play, this is due to the Launcher responsible for enabling achievements in the game, in which case just follow this tutorial:
https://youtu.be/xr5jNFVVARo