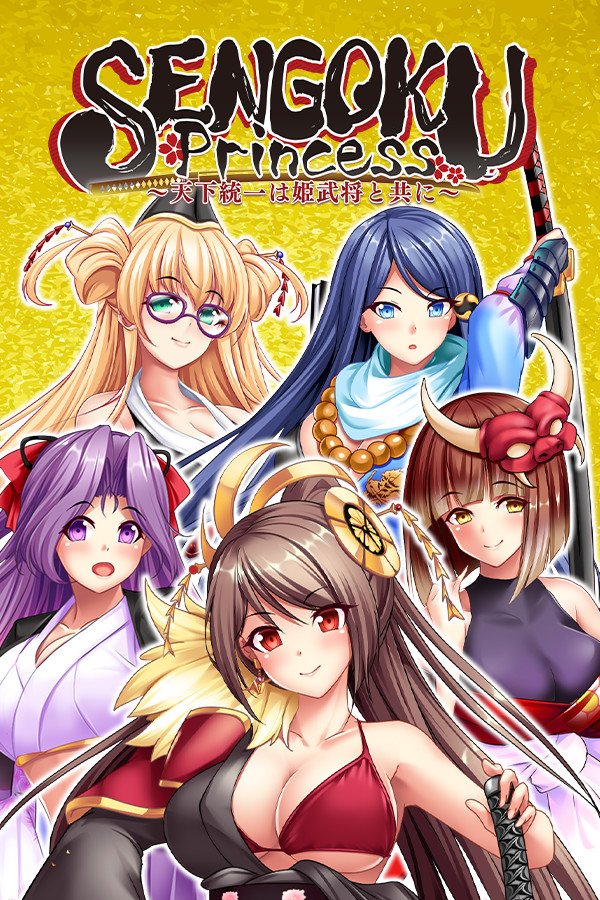 “SENGOKU Princess ～天下統一は姫武将と共に～” is a story about a hero who travels back in time to the Sengoku period and aims for unification of Japan while living a sweet life with a warlord in a female body, a warlord princess.
This bishoujo game released in 2020 under the brand, “Momoiro Pocket”, has been remade for the “CS Novel Club” platform so that it can be enjoyed by people of various ages around the world.


◆Introduction
Where...am I? Don't tell me this is the…Sengoku period!?
If you do not want to die, serve me. All my enemies will perish.
Meet Nobunaga, the Warlord Princess, Shingen, Kenshin, Mitsuhide, and Ranmaru from the Sengoku period― and survive the upheaval!


◆Synopsis
Keitaro Sudo has traveled back in time to the Sengoku period, and a beautiful girl who calls herself Nobunaga Oda appears before him!?
Keitaro decides to live in the Sengoku period surrounded by warlord princesses... and while being seduced by them, he has to decide who he will serve.
Getting tossed about in a world of war and turmoil all while aiming for heaven with a warlord princess!

Here's a…sweet and exciting tale of the extraordinary!

◆Characters
・Nobunaga Oda
“Don’t tell me about the future… If we knew the future, we would be able to do anything we wanted, right?”
A charismatic heavenly figure who is both gentle and cool-headed.
She had no interest in the opposite sex, but gradually opens up her heart to the protagonist…

・Shingen Takeda
“I don't think I want to fight this battle... I want to live forever.”
A beautiful young warlord with a thin and sickly appearance. Displays determination and bravery in battle.
She has possibly given up on relationships with the opposite sex because of her sickly condition…?

・Kenshin Uesugi
“I…think I am attracted to you.”
A tall and stylish nun who is also known as a military goddess. She captivates the battlefield with her overwhelming military talent.
She is single-minded and straightforward with the person she falls for. Since she is a nun, she seems to be single!?

・Mitsuhide Akechi
“Keitaro, you are a lot like me... I think I like you.”
A person of great importance to Nobunaga Oda. However, she is plotting rebellion for her own aspirations.
A magical woman who unknowingly attracts the opposite sex.

・Ranmaru Mori
“I'm still feeling strange… I can't control myself when I think of Keitaro.”
She is an attendant who adores Nobunaga. She feels supreme pleasure in being praised and recognized by Nobunaga.
Perhaps she’s jealous of Keitaro because Nobunaga likes him…?

・Keitaro Sudo
The protagonist of this story.
He is a jock who hates Japanese history and has time-traveled to the Sengoku period.
With the kendo he had learned, he managed to survive the battlefield.
Together with a warlord princess, he is working hard to take over the country.