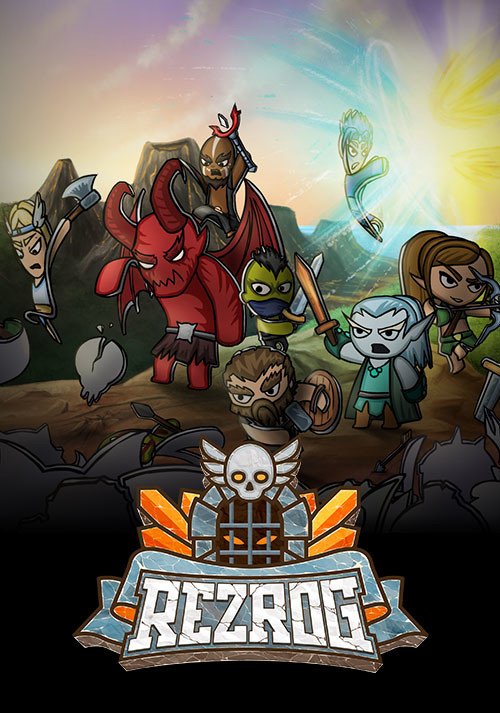 The lands of Rezrog are in turmoil. Evil Wizards and hideous monsters from far around have descended to the darkest depths of the earth where they harvest the power of the potent gems that are found there. You must take your team of heroes and defeat all that stands before you in a quest to restore Rezrog to the peaceful land it once was.

Equip, craft and upgrade items on your way to building a strong and resilient team capable of withstanding even the greatest of attacks from the biggest and meanest of foes. Learn powerful skills along the perilous journey through 100 dungeon levels that will give you the edge in battle as you look to tactically outsmart whatever stands in your way. Get it right and you're one step closer to your goal. Get it wrong and end up imprisoned…or worse.

Unique party mechanic: You have a party of brave heroes at your disposal, each with unique looks and strengths, but only one of them can go on an adventure at a time. If one hero falls prey to the enemy and gets captured, rescue him with another member!

No two dungeons are ever the same: Procedurally generated dungeons create a unique experience for each and every player with interesting dungeons, large variety of equipment items and events impacting dungeon exploration.

Permadeath: Getting your whole party captured means the end of the journey for your daring party of heroes.

Progress persistence: Leave your legacy to next generations of heroes, even after permadeath, by acquiring and forging precious gems which leave stat points for use in a new game.

Adventurers to heroes: Share all gear and skills within your team and equip them to suit your playstyle, but do it evenly. If your strongest hero is captured, you face an uphill task.

Skill system: Skill discovery and upgrade system that allows acquiring and improving skills as you play.

More than 60 skills that can be upgraded to become even more powerful.

More than 120 enemies to encounter.