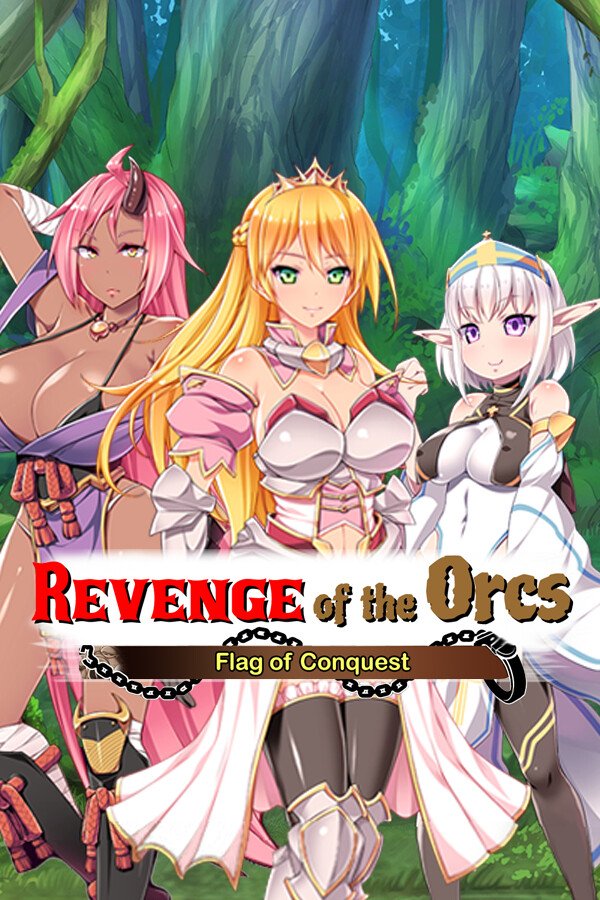 Revenge of the Orcs: Flag of Conquest

A fantasy visual novel about the end of an era when humans and orcs are at war.

An orc returns to his village to find it on fire.
A princess knight, an elf, a warrior... the humans tearing through his brethren strike terror into his green heart.
When everything is reduced to ashes, only the orc remains, but a strange merchant addresses him...

"Do you want revenge?"

The orc accepts the insidious invitation.

"I want to see them destroyed."

Even if it takes the help of one of the hated humans to do it.

Driven by a burning desire for revenge, the orc hoists a flag of rebellion. Soon, it will become a flag of conquest!

An orc bent on vengeance after his village is massacred by Lina and friends.
As much as he blames humans for the tragedy, he remains powerless alone,
and so strikes up a deal with a trader in exchange for sweet revenge.
A bit of a coward, but has vowed to amass enough power to conquer all of babekind.

Princess Knight Lina
Voice: Rio Kisaka
“I fight for the peace of my people!”

A princess knight hailing from the Kingdom of Estye.
Traveling far and wide, she rids the realm of human-hating monsters.
Feisty on the battlefield, she is in fact gentle-natured and despises conflict.
Trusts friends and allies dearly as irreplaceable “sisters-in-arms.”

Priestess Artie
Voice: Yuri Ayase
“No longer am I the grief-stricken young elfling I once was...”

A young elven priestess who fights using holy and healing magic.
Held in noble regard even among elves, but can be overly idealistic at times.
Haunted at being powerless to saved her village,
she fights alongside Lina to vanquish their world of all monsters.

A tanned half-oni with an amazonian build and a single, large horn.
Swings her great sword with ogrelike strength, toppling even larger monsters.
Relied on as the group’s negotiator and a “man repellent” of sorts.
Taciturn but caring, she often follows up on the more easily riled Lina.
Humans treat oni as a race unto themselves as with dwarves and elves.