RAID: World War II is an action-packed four player cooperative shooter set in Europe during World War II, where you and your friends aims to thwart the Nazi onslaught. Four prisoners of war – Sterling, Rivet, Kurgan and Wolfgang have been freed by “Mrs. White,” a secret British Intelligence Operative, who needs someone to take down Hitler and his Third Reich once and for all. Their objective is to fight the war - without rules or mercy. Their reward is all the Nazi gold they can carry.

JOHN CLEESE - Comedy legend John Cleese plays Control - a British Intelligence Agent working for Mrs. White. His job is to make sure that you have plenty of Nazis to fight and lots of gold to steal.

RAID: World War II is all about teamwork and strategy during intense firefights filled with adrenaline. In RAID: World War II, you are fighting the enemy from within. You are up against tough odds, but with enough fire power, determination and recklessness anything is possible. Fight the good fight, but fight dirty. 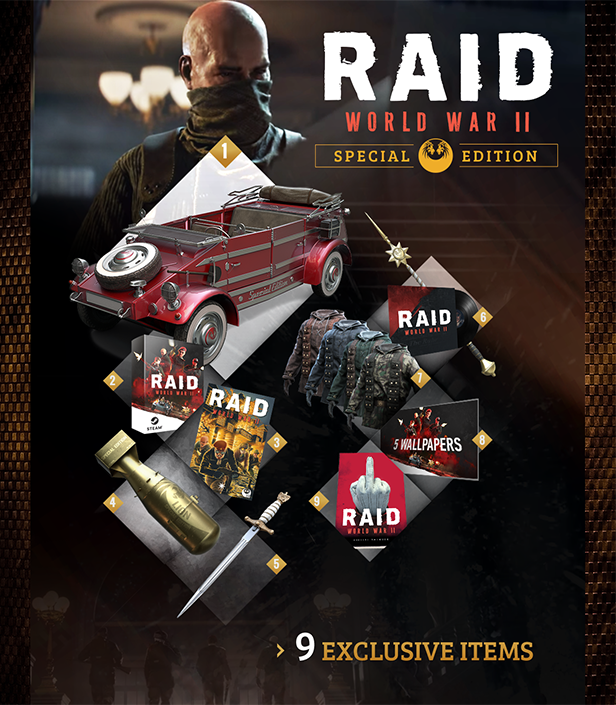 By joining the group, you will receive additional content for free!