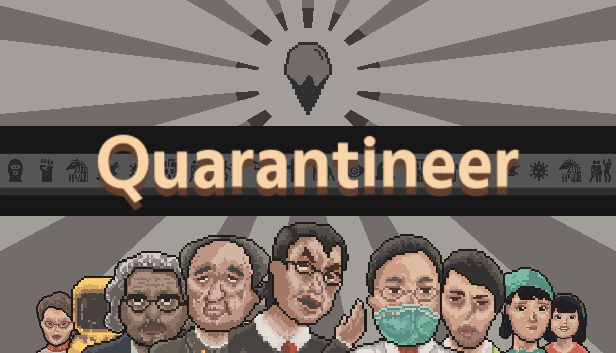 In the most solemn way, this work pays tribute to the people who are currently or had been oppressed by the totalitarian government, as well as the deceased who had suffered in this series of disasters.

This is not promoting any form of Totalitarianism. Rather, role played as a Totalitarian government to experience the deep influences towards innocent civilians.

The source of all disasters

A novel human-to-human transmission virus outbreak has been discovered in Seafood market.
With threats from America imperialism hostile forces, colluded with anti-Motherland protestors trying to subvert the regime.
Supreme Leader handed over the country to you and evacuated to Berlin for holiday.

For the glory of Motherland, you are the last hope of humanity!

Quarantineer is a Dystopian Simulator

Recommended to have a regular graphic card.