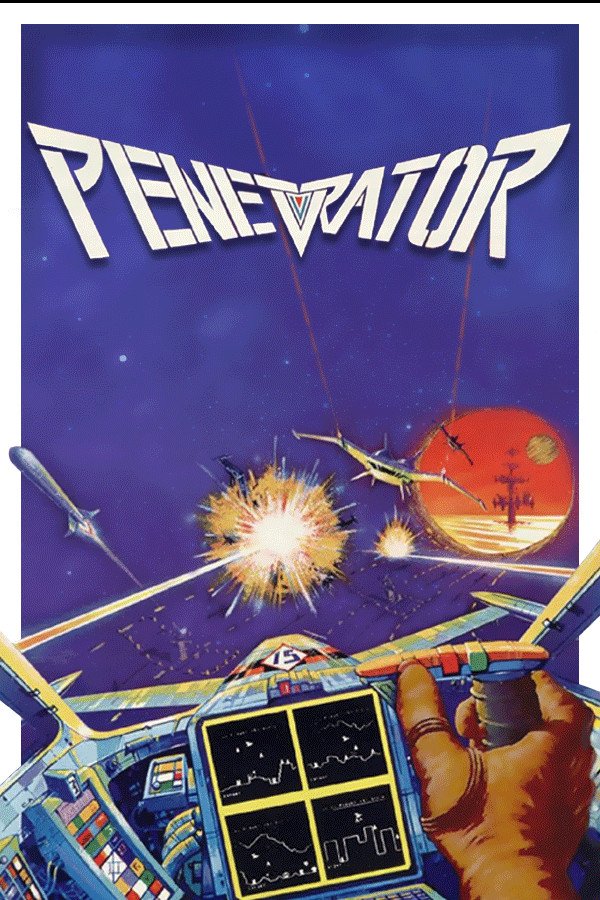 Originally released in 1982, Penetrator was a classic side-scrolling shoot-em-up for the ZX Spectrum, praised at the time for its impressive scrolling graphics on the home computer. The game also included a level editor, a novelty at the time. Now, relive those days in this remastered emulated version.

Steer your spaceship through continuously scrolling levels that flow seamlessly into each other, to reach and destroy an illegal cache of neutron bombs. Dodge the mountains and, in later levels, the cavern ceiling. Deadly missiles fire up from the ground at your craft. Fire back at them, and drop bombs to destroy radar bases. Each level becomes more and more difficult as you are challenged to weave your ship through tight, narrow corridors.


The game contains a level editor, which allows you to modify the first 4 levels, changing the floor and ceiling, and adding radar bases and missiles.