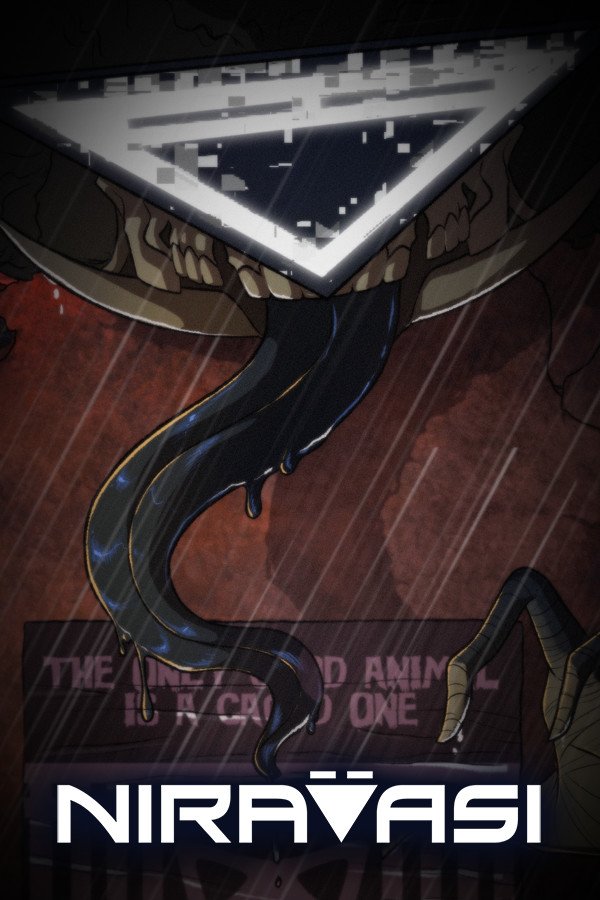 In ages past, there existed a city unlike any other. From the strength and unity of humanity, Niravasi was born. But when a brutal war ravaged the world itself, Niravasi became lost to the depths of space. Some say its people remain unharmed, while others speak of dark horrors residing in its streets. In the end, these are just stories.

NIRAVASI is a Dark Adventure game, set within the ruins of an ancient human city. You play as Mura, a feline archaeologist that finds himself trapped within the titular lost city of ruin after being split off from the rest of his team. Armed with only a flashlight, and a mysterious ally guiding him through the city with his handheld radio, Mura must now navigate the dark streets of Niravasi to find his missing team and make his way out of derelict cityscape.

But Mura is not the only one living within Niravasi. Guarding it is the Artificial Ecological Overseer Network (A.E.O.N), an artificial intelligence built to protect and perfect humanity. Together with its robotic proxies, A.E.O.N will do everything in its power to remove anyone who arrives in the city uninvited. Among these machines is a particularly devastating one known only as The Harvester, which will continually track and hunt Mura down until either the latter escapes or is killed. In order survive, you’ll need both your skills and wits to help keep Mura alive long enough to find a way to escape Niravasi.

Built using the RPG Maker MV engine (and the MV3D plugin), NIRAVASI will take you through a world filled with both wonders and horrors. Whether you wish simply to leave the city or explore its most darkest secrets, the throne of humanity offers many riches to those willing to take the leap. After all, there is always protection in perfection.

One with OpenGL support