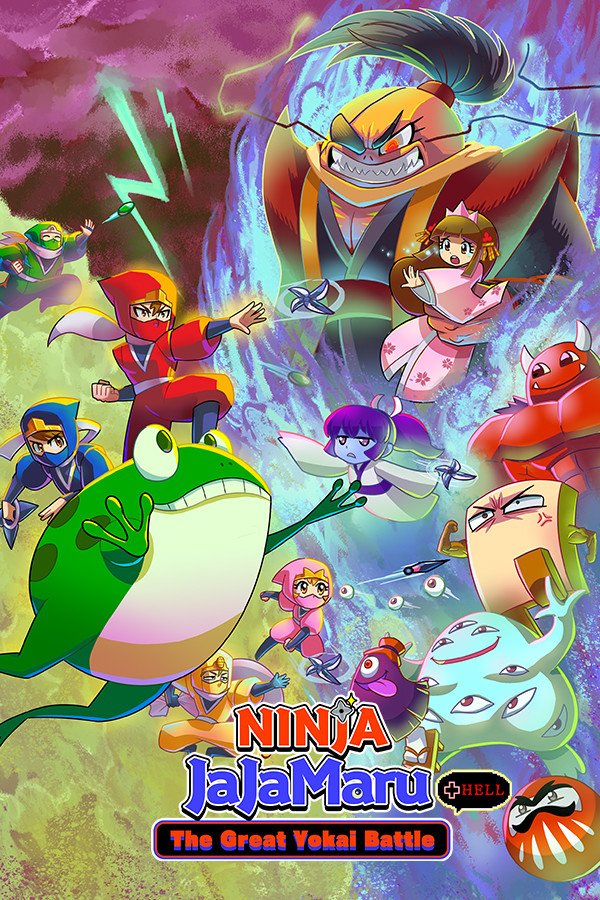 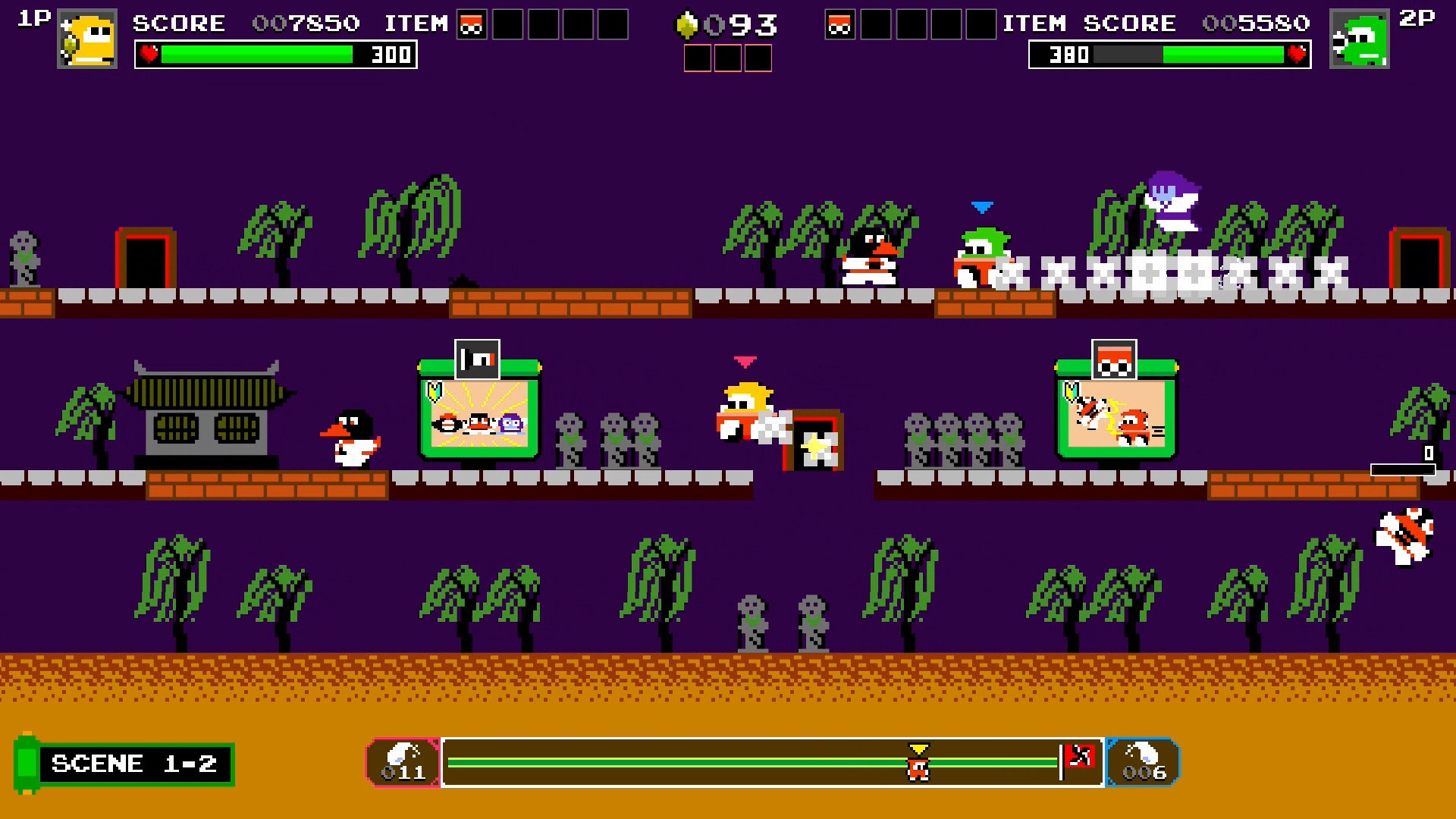 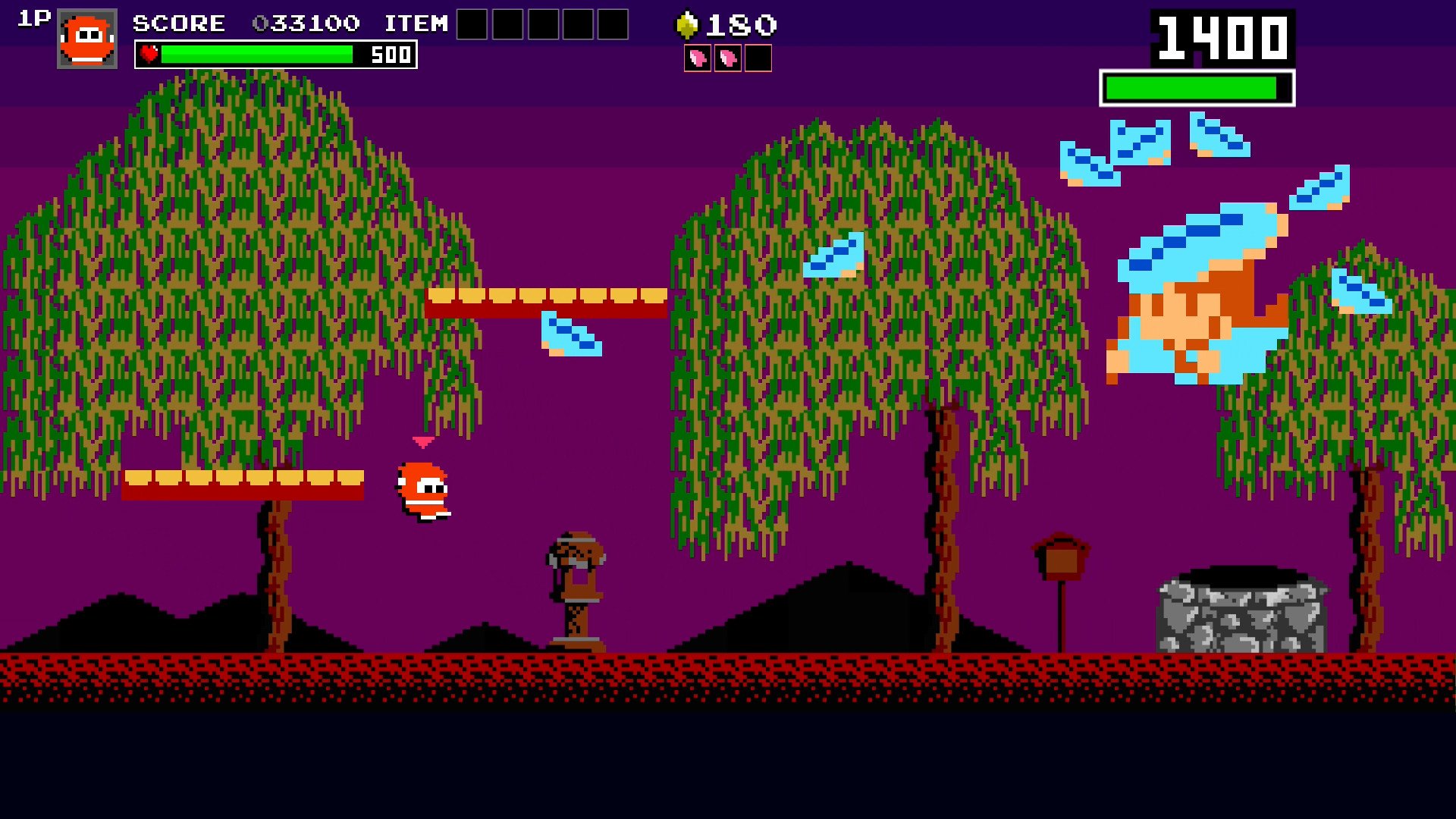 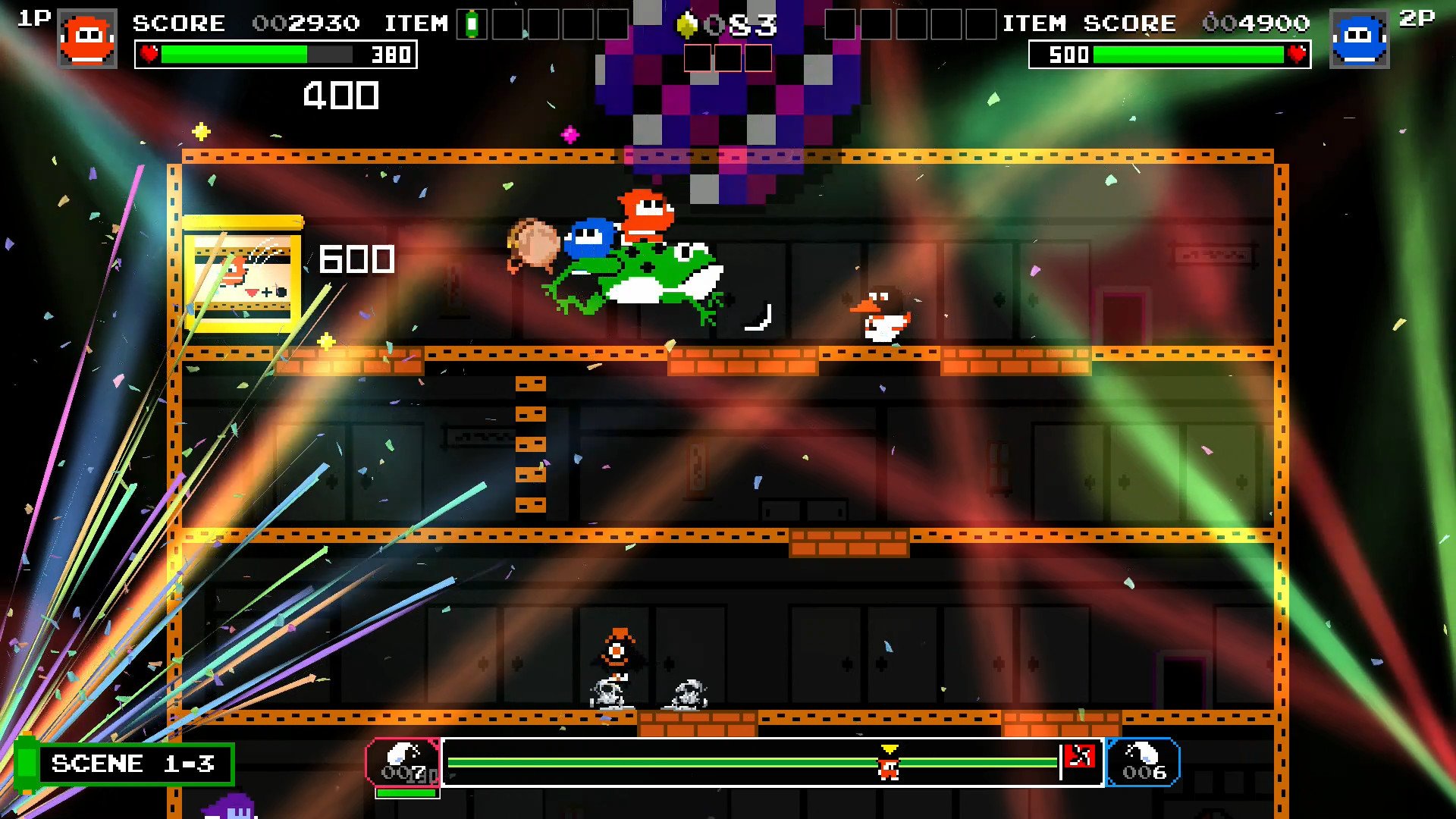 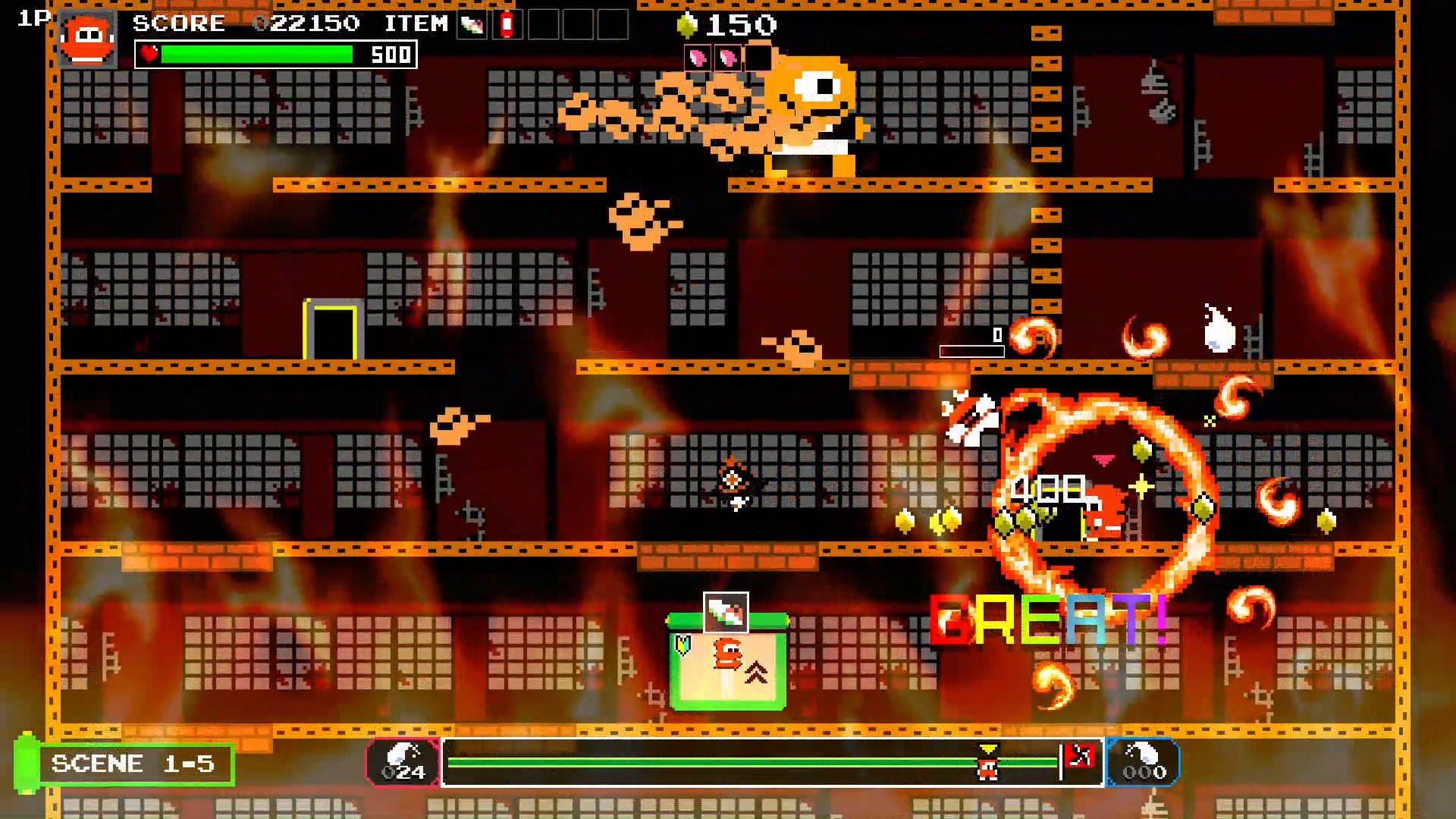 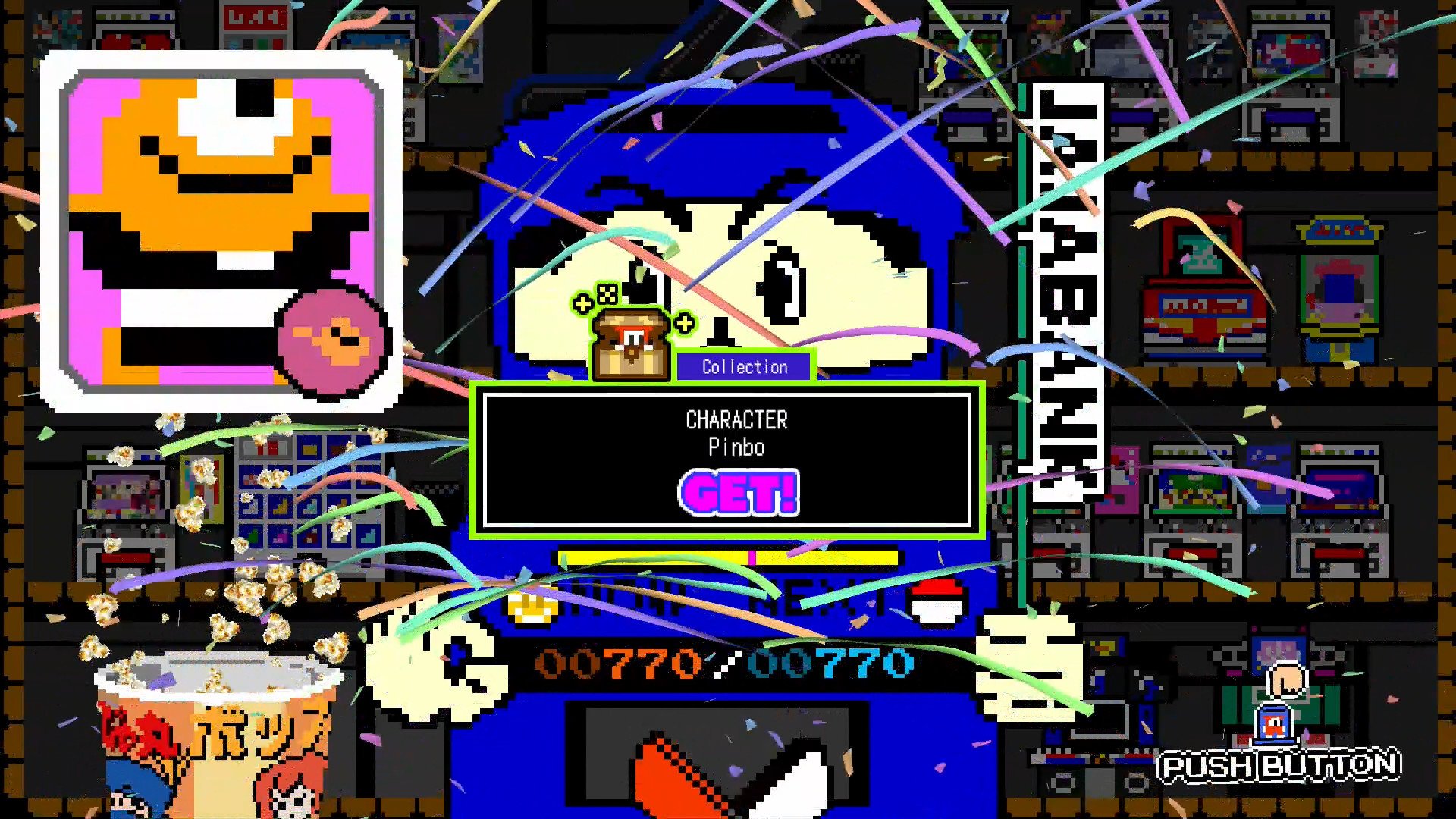 The army of ghosts is attacking!
Join Jajamaru, Blue jaja, and friends to fight back!

This iteration has the most yokais that JaJaMaru and his friends have ever battled against.
Fans of the series will see yokais from the past but will also be introduced to all new yokais making their series debut.

Collect over 20 playable characters - each with different powers and characteristics.
You can also play 2 player mode simultaneously while sharing a single screen.

Collect the Jalecoins available in Normal Mode and fulfill the conditions to unlock the Hell Mode.
You'll be faced with stages you've never seen before, and some tough monsters.

When you level up, Super JaJaMaru becomes a power type.

And the "Super Blue Jaja" will be powered up as a long-range shooting type that excels in wide-range attacks.

Collect the Experience Items that appear when you defeat the yokais and aim for further growth!

If you clear all the new chapters...!?

Basic controls are movement, attack, and jumping.
The stage is cleared by defeating all the yokais that keep coming.

There is a health gauge on both the player and yokai and once the player loses their health, the game is over.
Use your shifty Ninja skills by jumping and attacking your yokai.

Destroy all enemies to clear the stage.

Attack the enemy's footing or destroy enemies to pick up powerup items such as Invisible Potions or the Minecart,which will allow the player to plow through enemies.
Activate ninjutsu action through collecting scrolls - such as flood and fire ninjutsu.Then, Ninpo Gama Pakkun will trigger fever time.You can swallow stunned enemies with Gama Pakkun.

If you collect a certain number of Gold or Souls, you can exchange them for Jalecoins and be able to play more characters.
Enjoy the variety of characters with unique moves.

You can also collect Jalecoins to unlock songs or game documents

You can enjoy old BGMs from JaJaMaru classics or enjoy new song and arrangements for this new title.
There are also game documents that are only going to be able to be seen in this game.