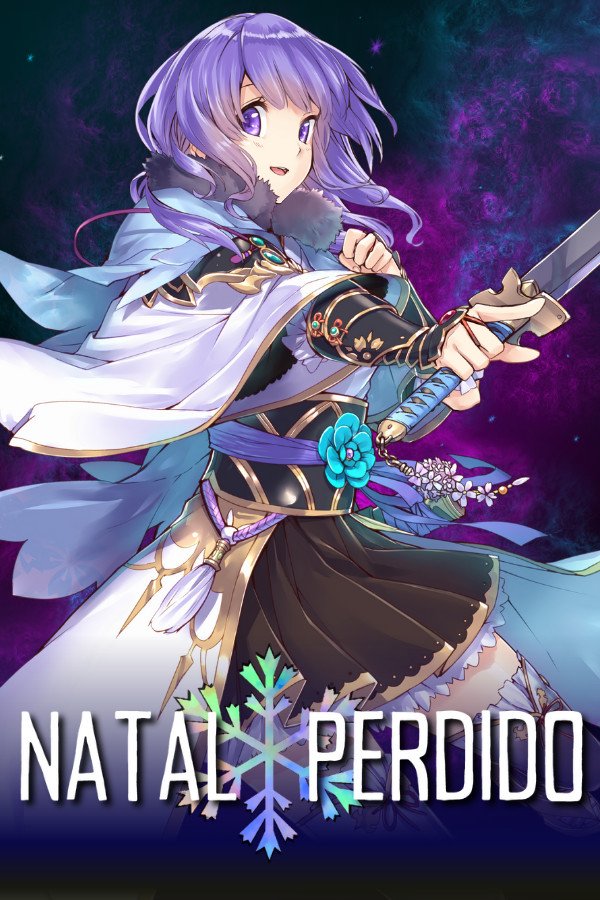 Emilia is an ordinary girl living on top of a mountain until strange things start to happen, demons and angels are facing each other to decide whose human souls will be, an event that will become known to all as the Lost Christmas.

Lost Christmas has simple gameplay. The battles are in turns and the entire soundtrack of the game is professional, the combat mechanics are traditional, Attack, Defense, Skills and Items, but the acquisition of spells differs from the common, in most games the characters acquire new spells through masteries and reading scrolls, grimoires, etc. In Natal Perdido new spells are unlocked as the player finds or acquires verses scattered throughout the game, these verses when equipped grant the character new abilities, status and attributes according to the passage described in it.

When purchasing this game keep in mind that it is a totally independent project in development, created with great care by a single person, this one who tells you, know that I put all my effort into it and that updates will continue for a long time. The central idea is to offer a complete JRPG entirely in OLD SCHOOL style with turn-based battles, various equipment, legendary weapons, skills, NPCs, as well as characters with a rich, deep and mysterious story, the game has secrets , easter eggs and secret passages which it is quite possible that only 1% of players will discover.