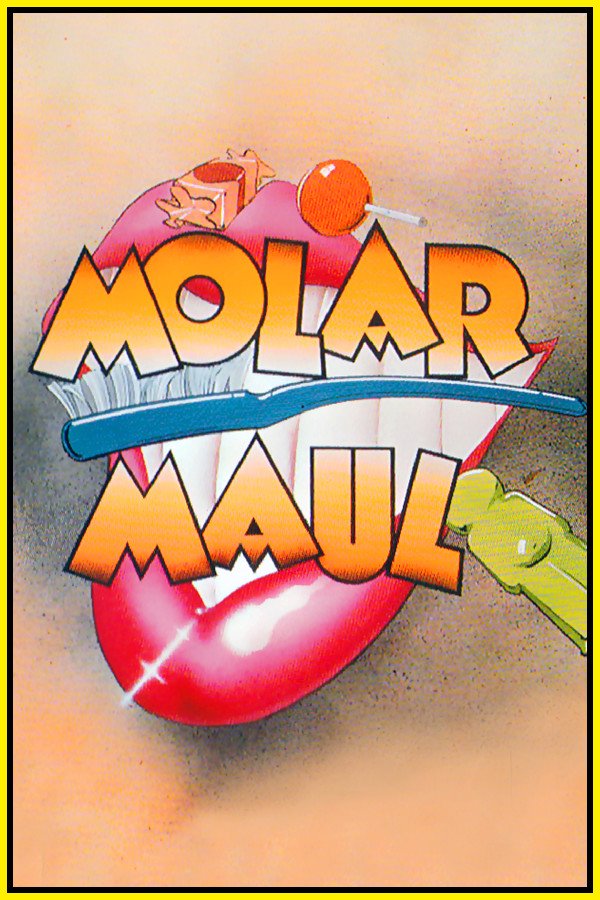 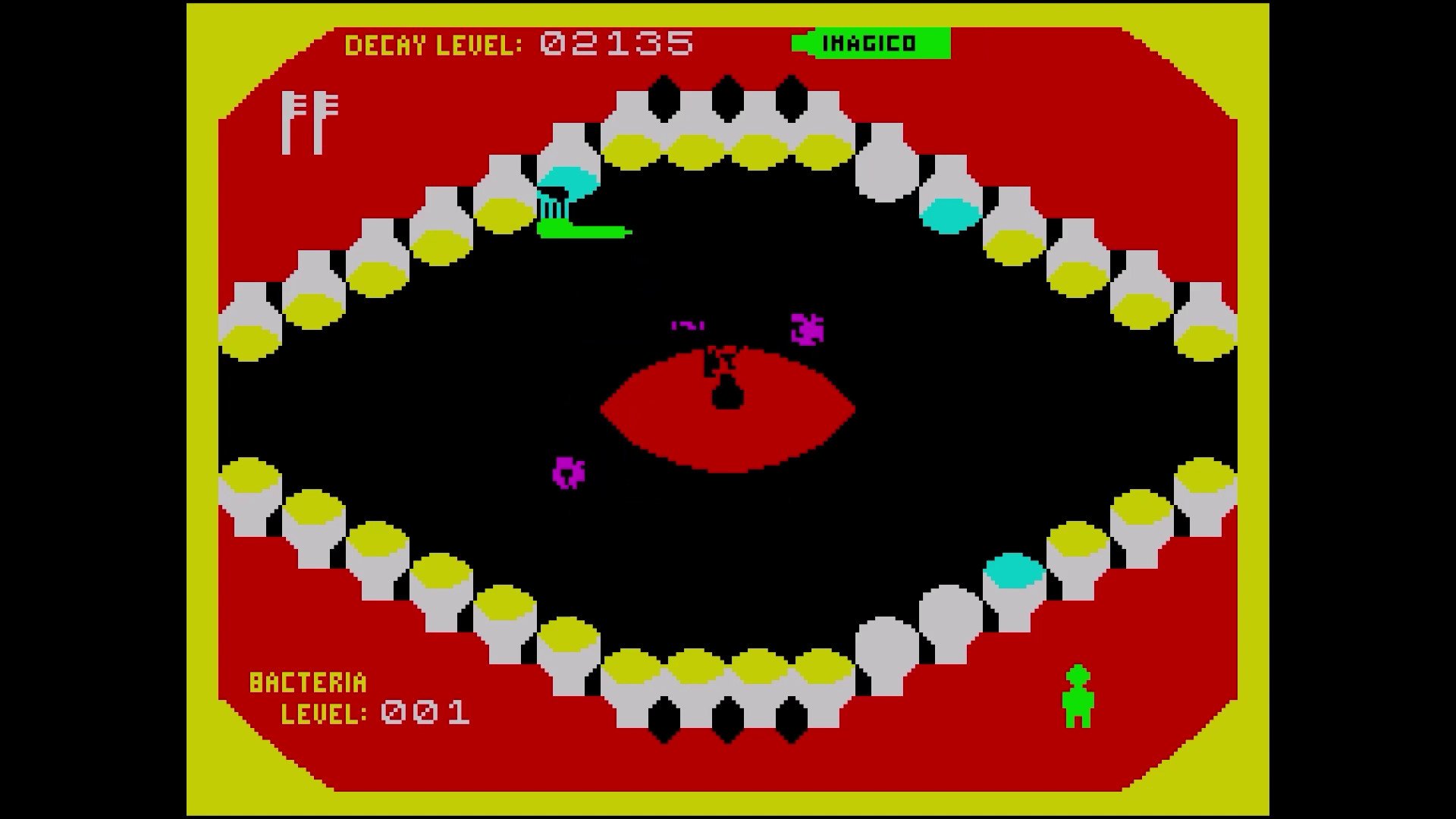 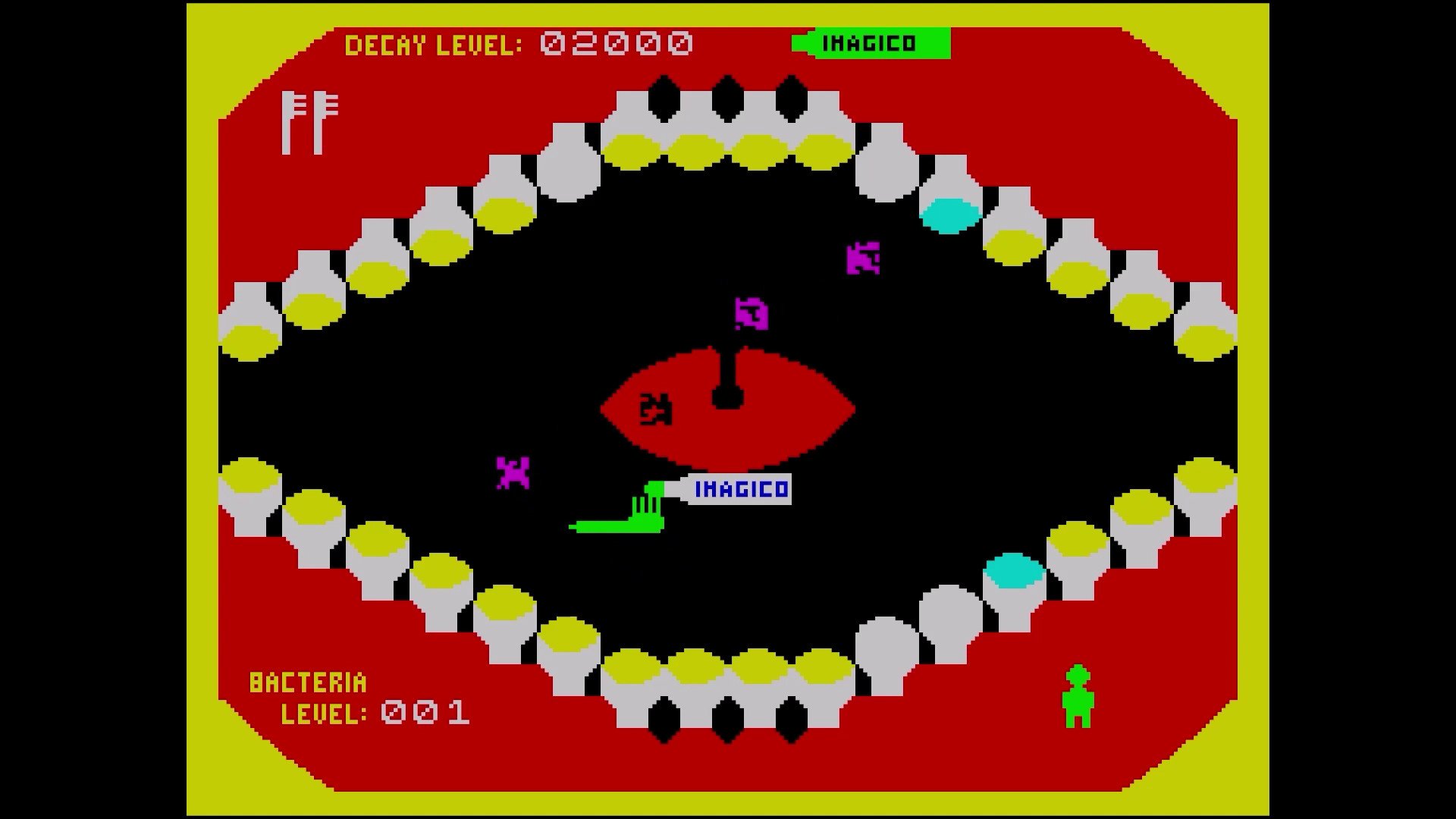 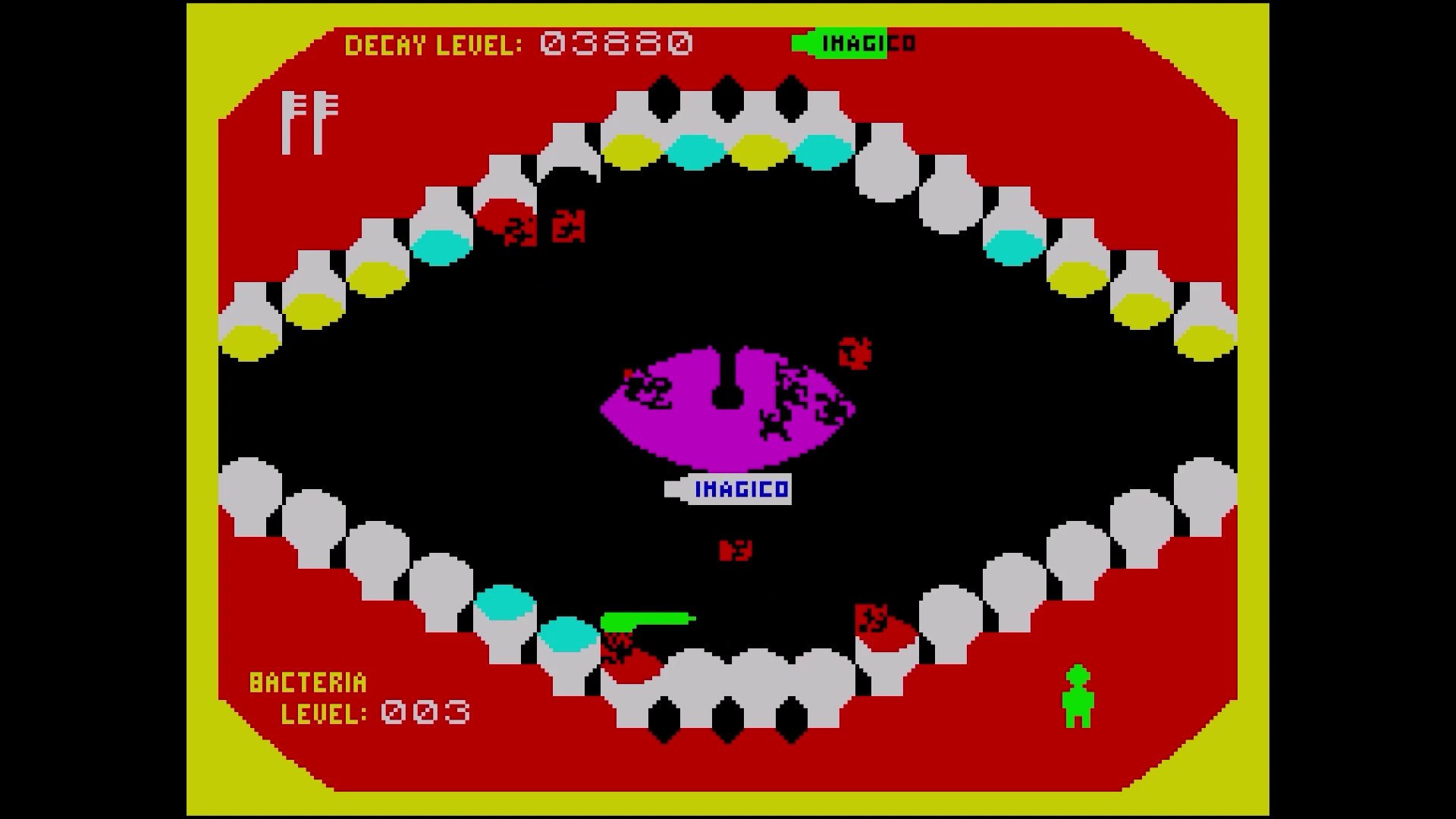 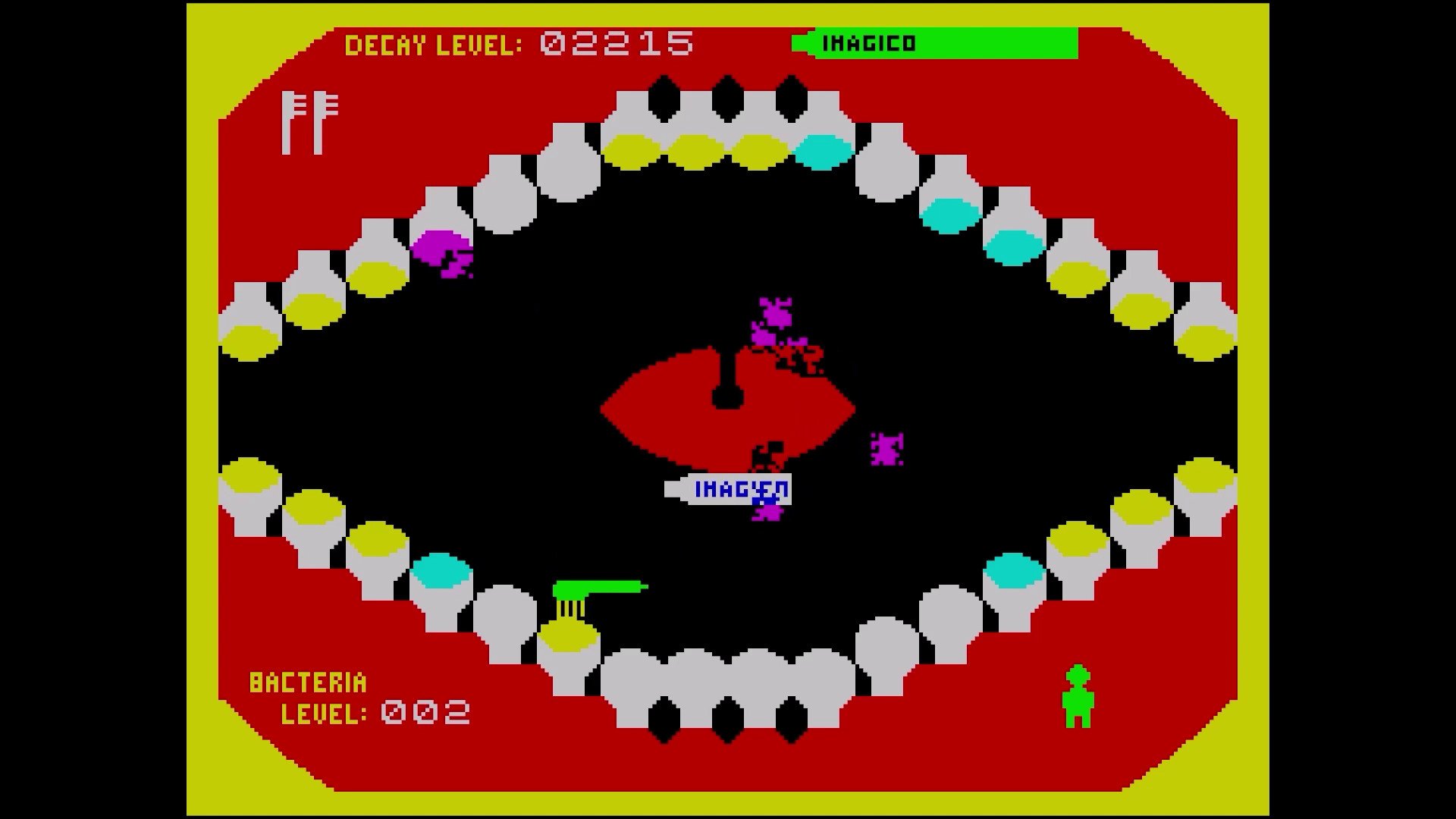 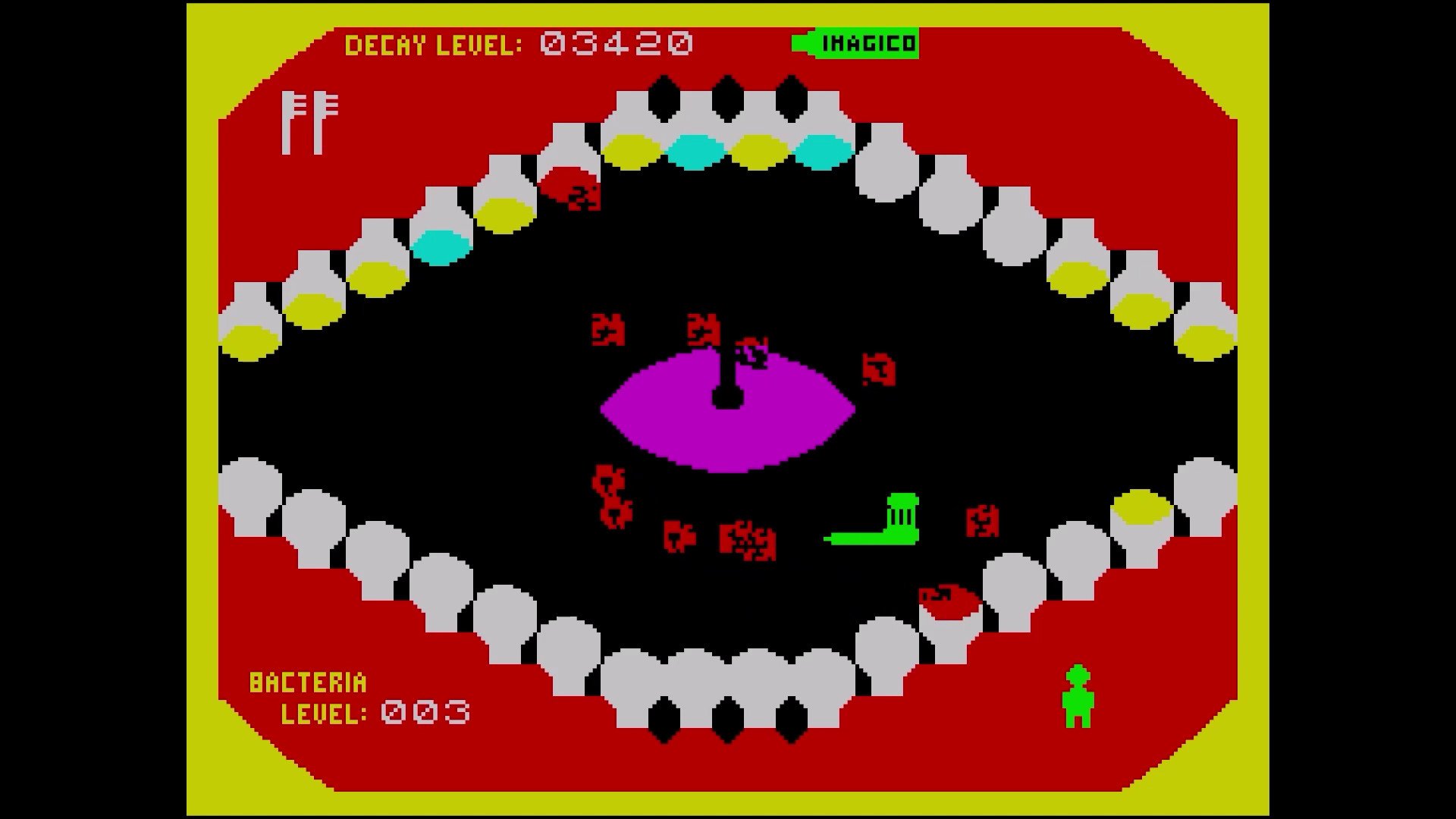 Originally released in 1983 for the ZX Spectrum, this unique and bizarre game saw players fight a new and sinister force: a form of mouth bacteria called Dentorium Kamikazium (DK). Now, relive those days in this remastered emulated version.

Move your toothbrush in front of the Imagico toothpaste tube to receive a squirt of toothpaste (containing the only known substance that can combat the DKs: the recently developed chemical compound DKX 11). Move to a tooth and scrub to clean it and repel the DKs, which are unrelenting in their attacks!