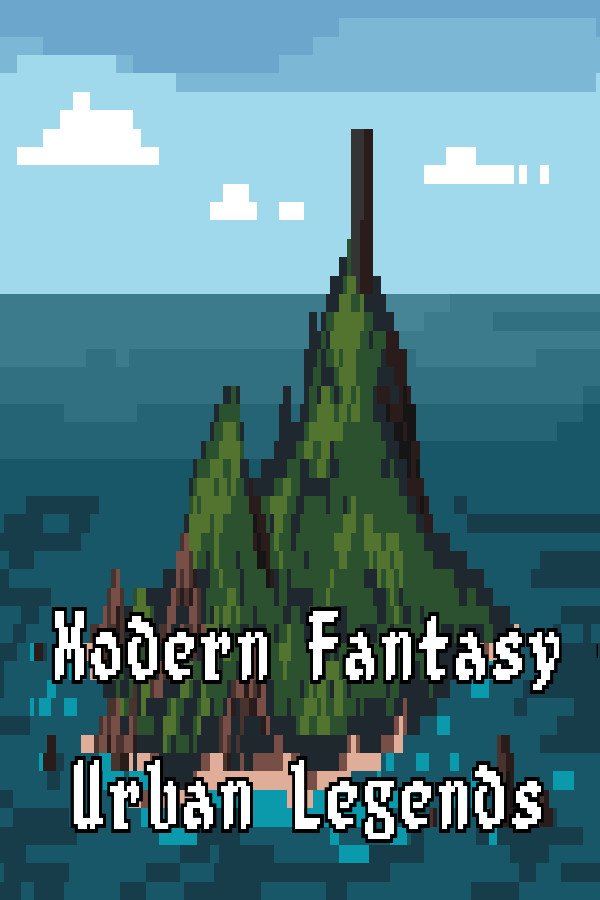 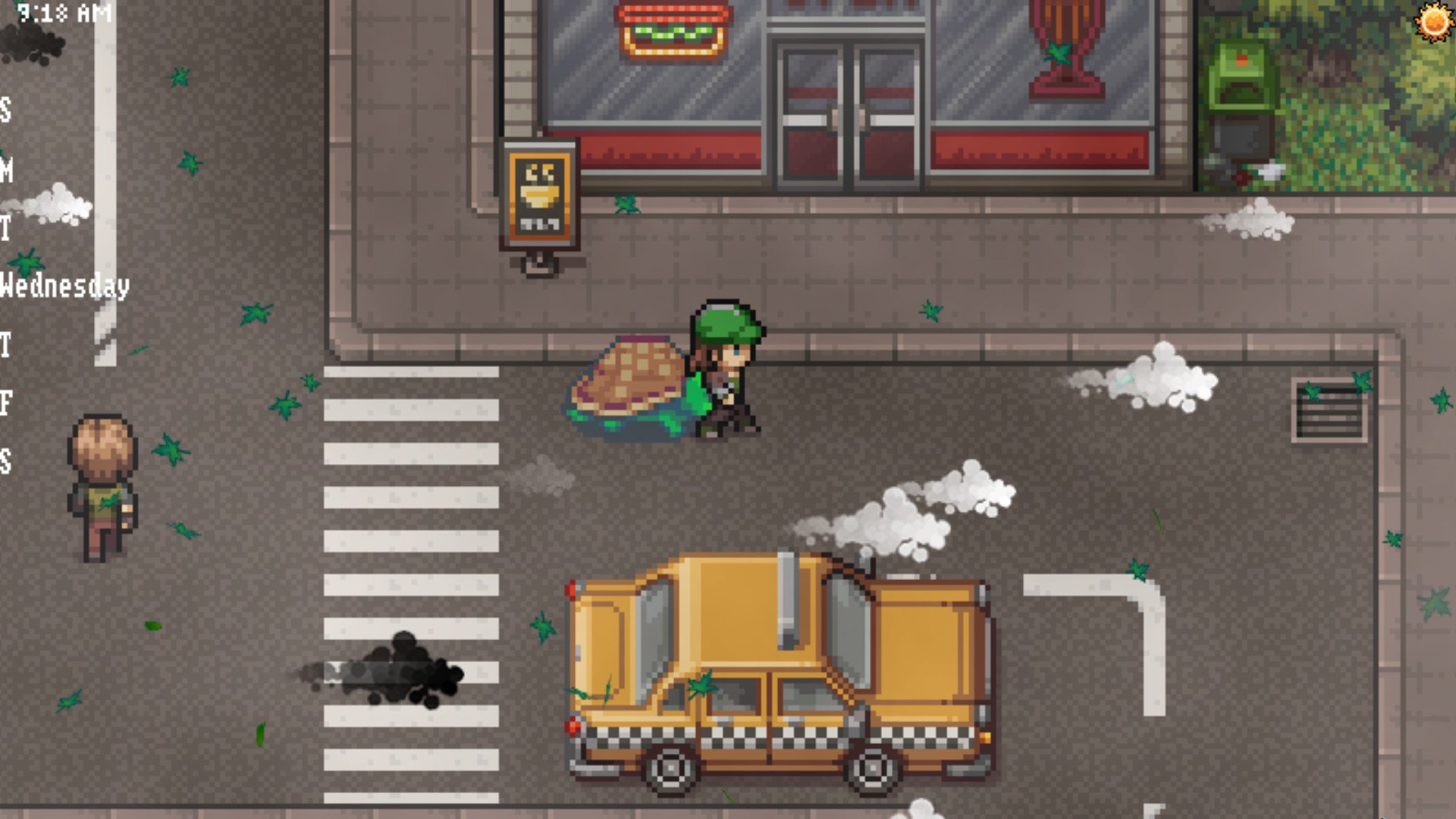 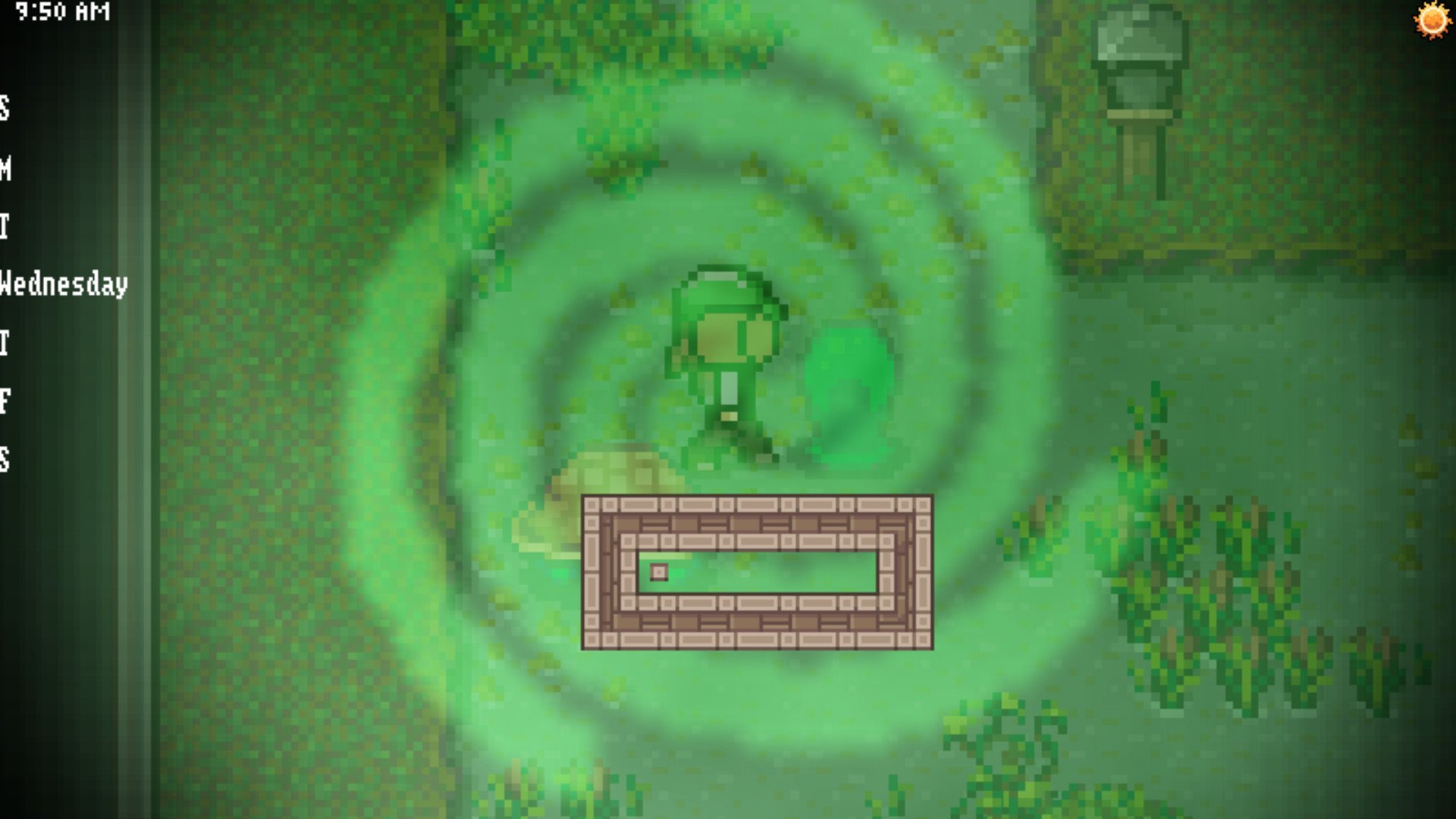 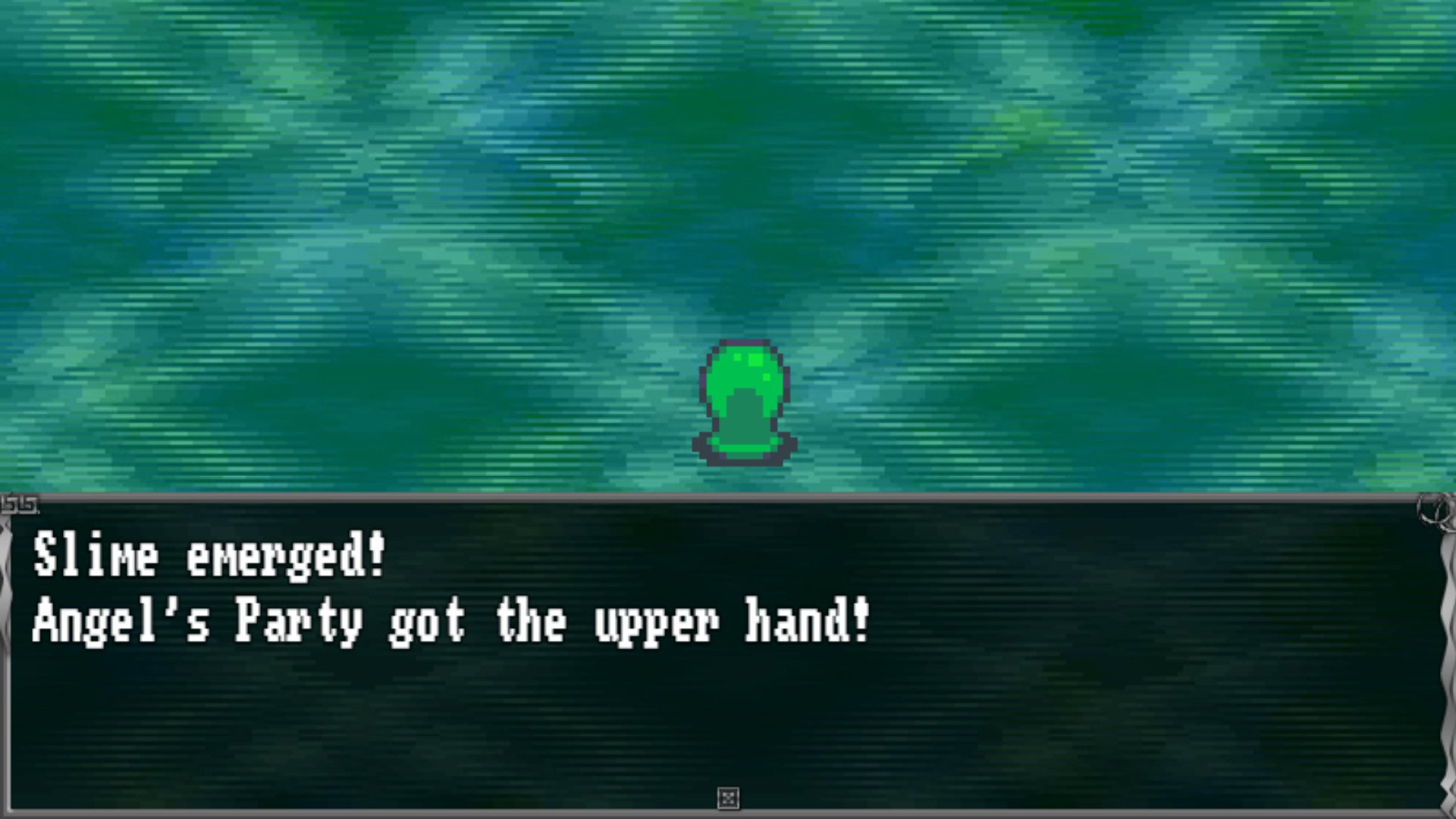 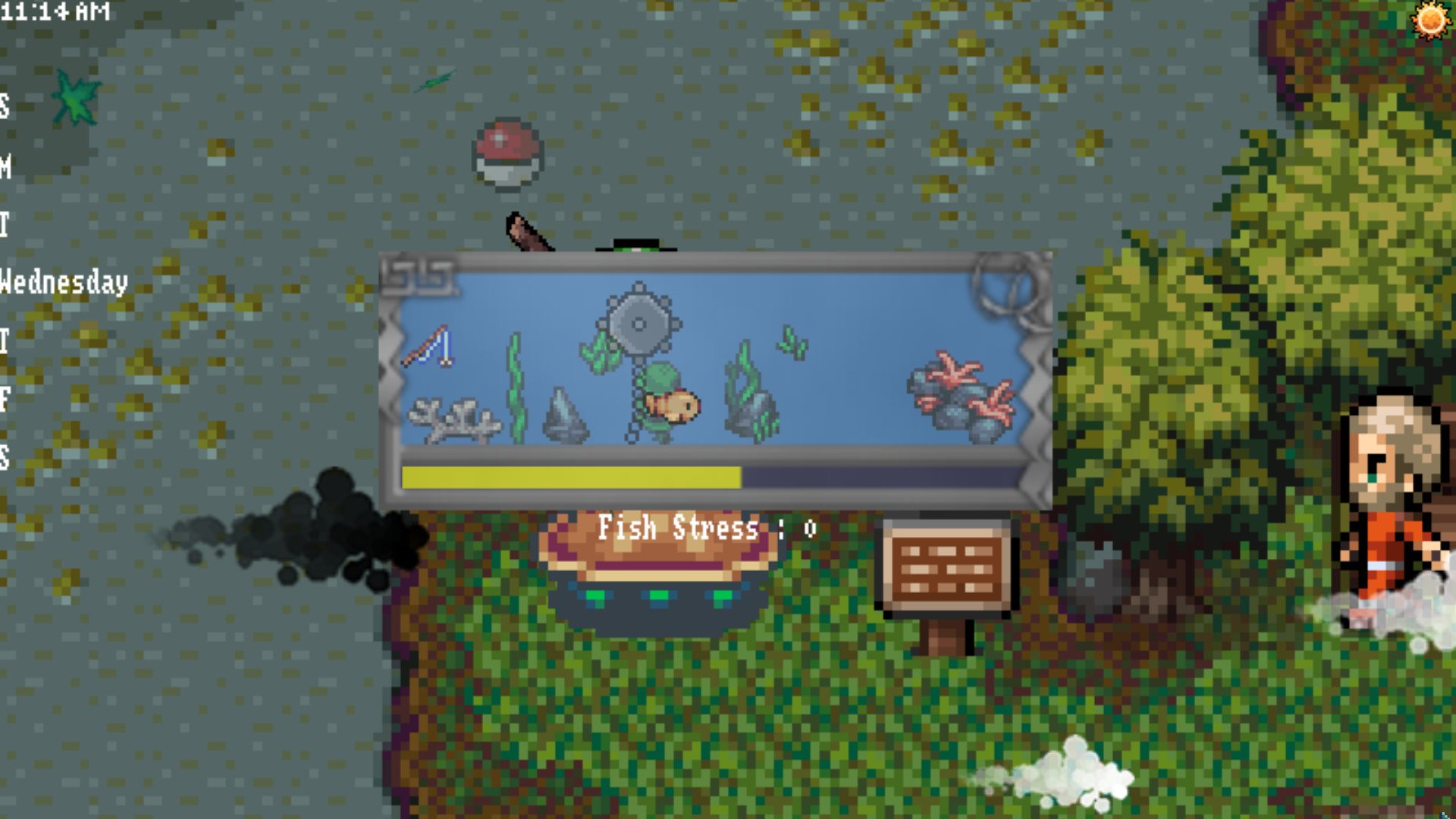 • Aid your lost friend on an island inhabited by hostile animals, unfriendly people, the living dead and mutant abominations in this turn-based RPG with action elements as you sneak through enemies while timing and scoring pre-emptive victories with the action meter!

• Observe a digital world where NPCs have a daily agenda tied to a time system where every real second is an in-game minute!

• Utilize the power of psychic abilities, martial arts skills and animal companions to overwhelm your foes!

• Increase your fishing proficiency level and compete in fishing tournaments for unique rewards!

• Grow and harvest 16 different crops on an abandoned farm!

• Engage an intense main story with a good and bad ending!

• Roll the dice and roam a digital game board for extra rewards & experience!

• Manually level up your character and distribute stats to your liking!

On a remote rural island somewhere in North America, an infectious disease has sprung into existence causing an isolated zombie epidemic in the City of Tanopah. As you assume the role of a lone pixelated survivor you are tasked with aiding your family and friends against a hoard of evil in the form of undead zombies, hostile animals and relentless people as well as dangerous mutant abominations.

Can you find the cause of the Zombie Epidemic, save your childhood friend from impending doom and defeat the waking embodiment of evil?

"Modern Fantasy - Urban Legends" is a turn-based gore and blood modern RPG with action elements that centers around the Player trying to locate their childhood friend. Tag an enemy's back side to score a pre-emptive strike indicated by a green swirl animation effect, if you time your action meter accordingly then you will instead score a pre-emptive victory ultimately skipping the battle. If you run into a hostile NPC's line of sight, it is possible for the enemy to score a pre-emptive strike against the Player indicated by the red swirl animation effect. If the Player and enemy are both facing one another while within each other's line of sight, then a normal battle will occur indicated by a blue swirl effect. *Please note that it's possible to bring up the menu and heal with psychic abilities & items during the swirl animation sequence before battle.

*Please note when using a gamepad to plug in the controller before starting the game client!

Features include but are not limited to (new features will be added based on feedback on the Community Hub on Steam):

• A Time System with 7 unique days and nights that utilizes dynamic soundtracks and weather particle effects.

• Many NPCS have Day and Night based agendas such as the Travelling Merchants and the Fishing Guru with unique move routes, dialogue and quests.

• A Fishing Mechanic where the Player can increase their fishing proficiency level by acquiring fishing experience with each fish caught as well as a fishing tournament against NPCs with different difficulties and lower/higher tier rewards.

• A Turn-Based Battle System with an action timer and meter for pre-emptive strikes and victories (the agility stat determines how often the Player and enemies can perform actions in battle).

• Animal Companions (as the Player explores and defeats hostile animals, they may recruit them after battle. There are 4 recruitable Animals each with their own unique attacks and stats in battle.

• Character Creation Aspects and Stat Distibution Points via Manual Leveling (by starting a new game you will be brought to the character creation event after the initial prologue cutscene. Here you can choose a Male or Female character, your favorite color and your preferred Animal Zodiac Sign. There are 12 different Animal Zodiac Signs to choose from which will benefit your class in a variety of ways. Manual leveling can be performed in the menus under the "Level Up" option when you have reached the required amount of experience, here you can distribute stat points to your liking).

• Psychedelic Seamless Battle Background Animations (during battles there are a variety of background animations that are made of patterns of pixels that loop for a more engaging atmosphere.

• Animated Battle Sprites (enemies in battle are animated differently depending on the actions performed, status ailment afflicted and health).

• Underground Arena Betting Grounds (bet on arena combatants or participate and fight for glory as you climb the ranks, earn unique items, credit and fast experience through pre-emptive victories if you time your action meter properly else you will have to grind out a turn-based battle.

• Quest Log (keep track of all your quests with a journal-like menu feature for when you save your game, come back later and forgot what you were doing).

• Soul Slots (each enemy you defeat will grant the Player soul coins. Acquiring 9 soul coins will cause the soul slots to materialize which require the Player's input to stop each slot. Match 3 slots in a horizontal row for extra credit currency and or rings but beware of getting 3 X's as you will lose credit).

• Digital Board Mini Game (roll the dice with an action timer to land on your desired tile for a potential reward but be weary of enemy and status affliction tiles).

• Dynamic Player Sprites (the Player's character sprite will change depending on what hat is equipped).

• Grow and Harvest 16 Different Crops (depending on how many times you water your seed/sprout/plant, the better the harvest as you will earn a higher tier crop).

• Buy and Run a Gas Station Convenient Store (after you have acquired the land deed from the Tonapah City Hall you can begin selling products to individual customers at the price of your choosing. Some customers will not accept the deal and walkout on you if the price is too high and other customers will try to sell you rare items).

• 20+ Non-Story Oriented Dungeon Styled Maps and Caverns (these caverns are completely optional and give the Player an opportunity to find unique Player Moves, Companion Moves as well as Guadian Moves).

•16 Bit Chiptune Soundtracks/Retro Styled Soundtracks (a wide variety of high-quality soundtracks that have been handpicked over the years that are in some ways reminiscent of some of the chiptune songs you'd hear back on 16-bit 90's consoles as they had 16 different memory channels that produced the low memory bandwidth audio samples.

• Unique Pixelated Font and Graphical User Interface (menus and sub-menus have been arranged and textured in favor of being user friendly).

• Breathing Map Sprites (the maps sprites appear as though they are breathing, each NPC with their own breathing rate.

• Blood and Gore Cutscenes (in the name of unexpected humor the Player will encounter these cutscene as they explore the island).