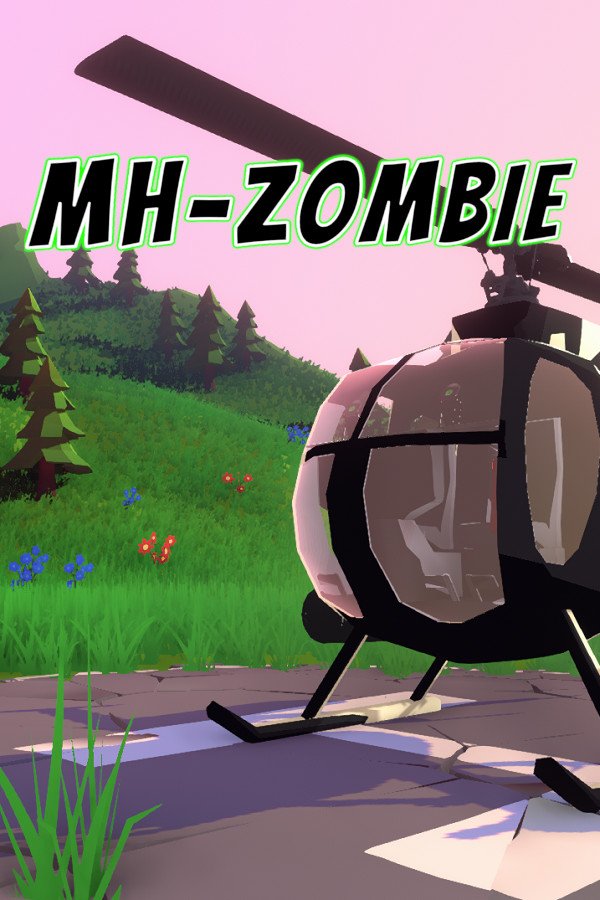 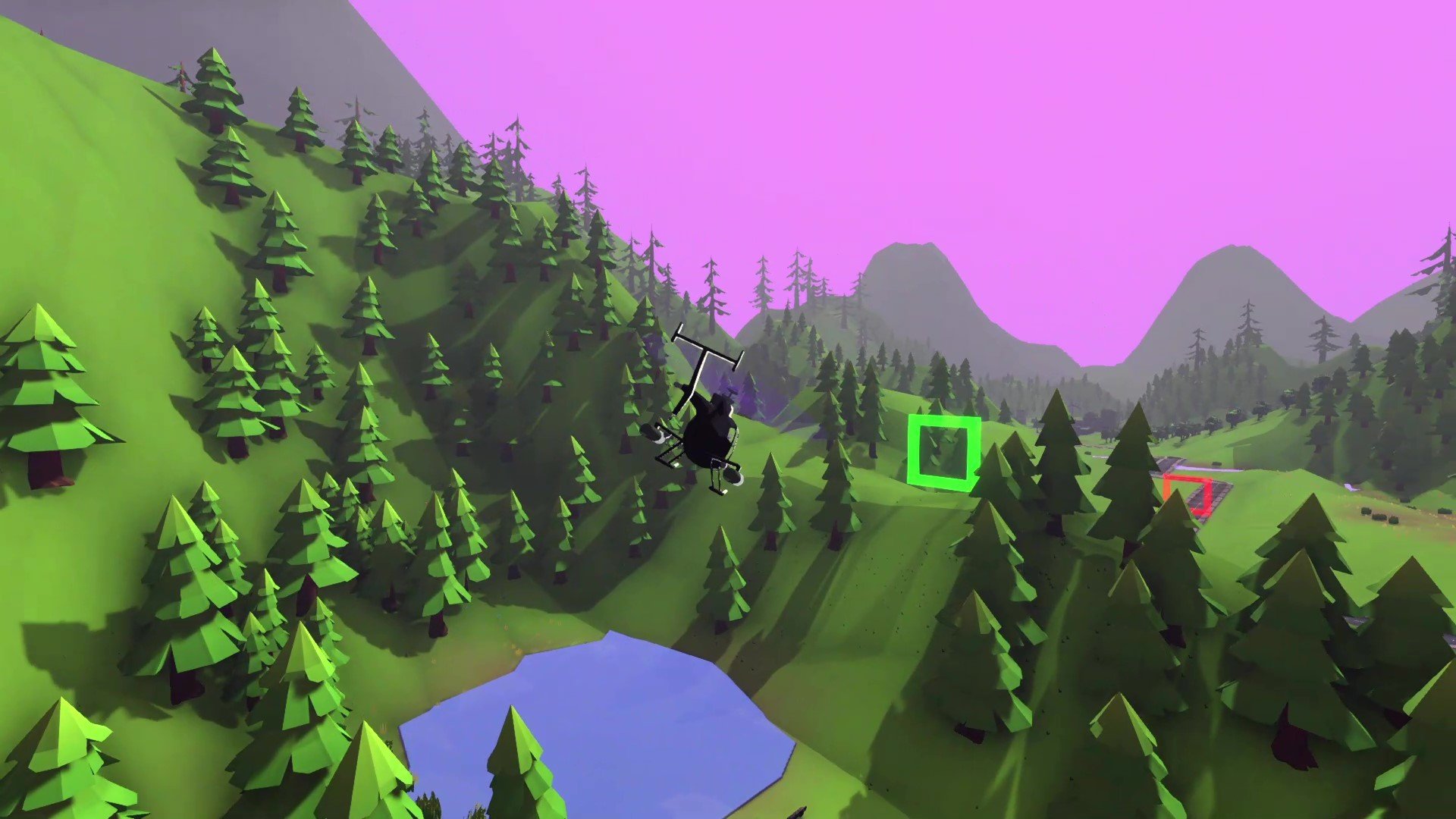 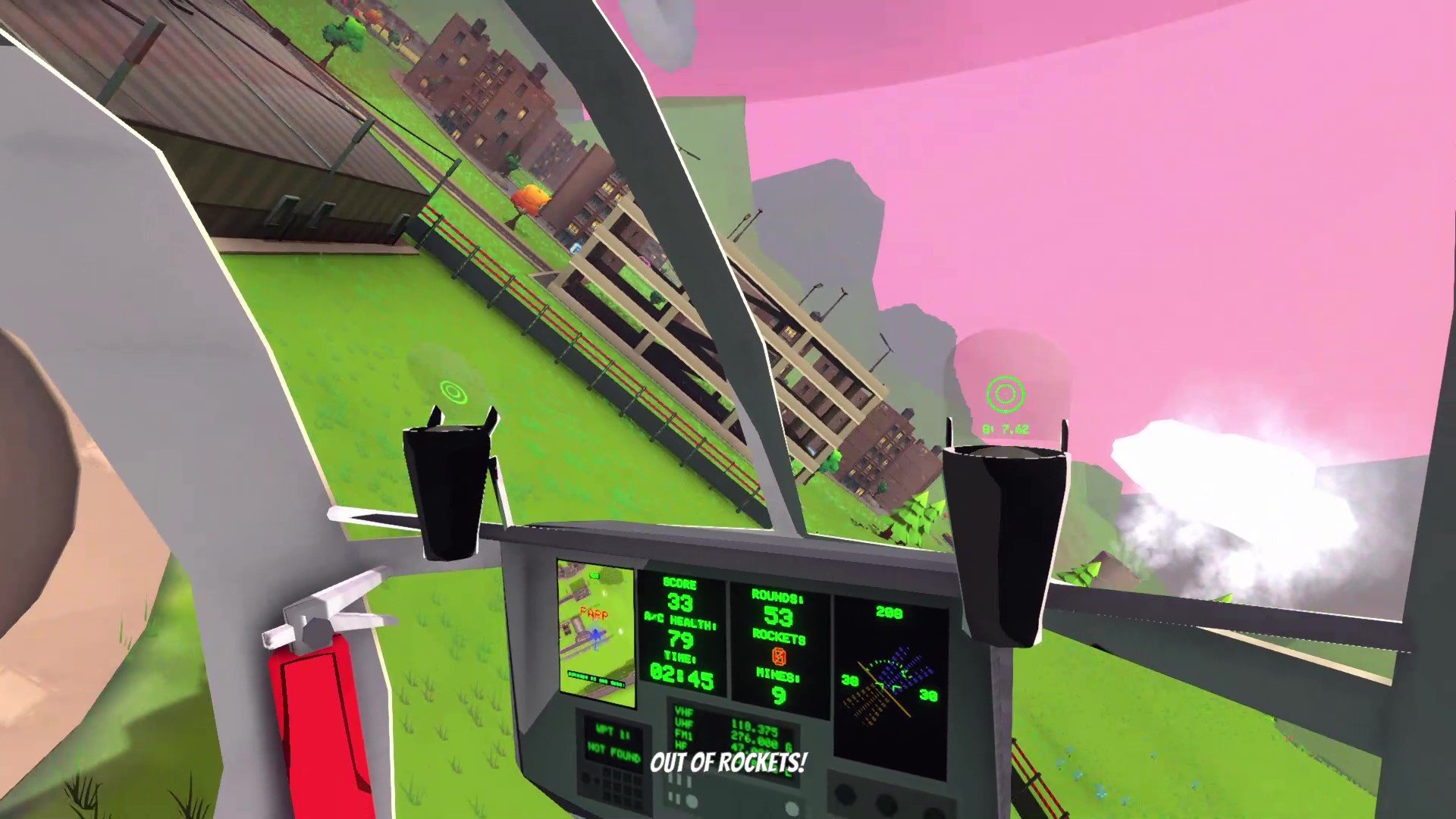 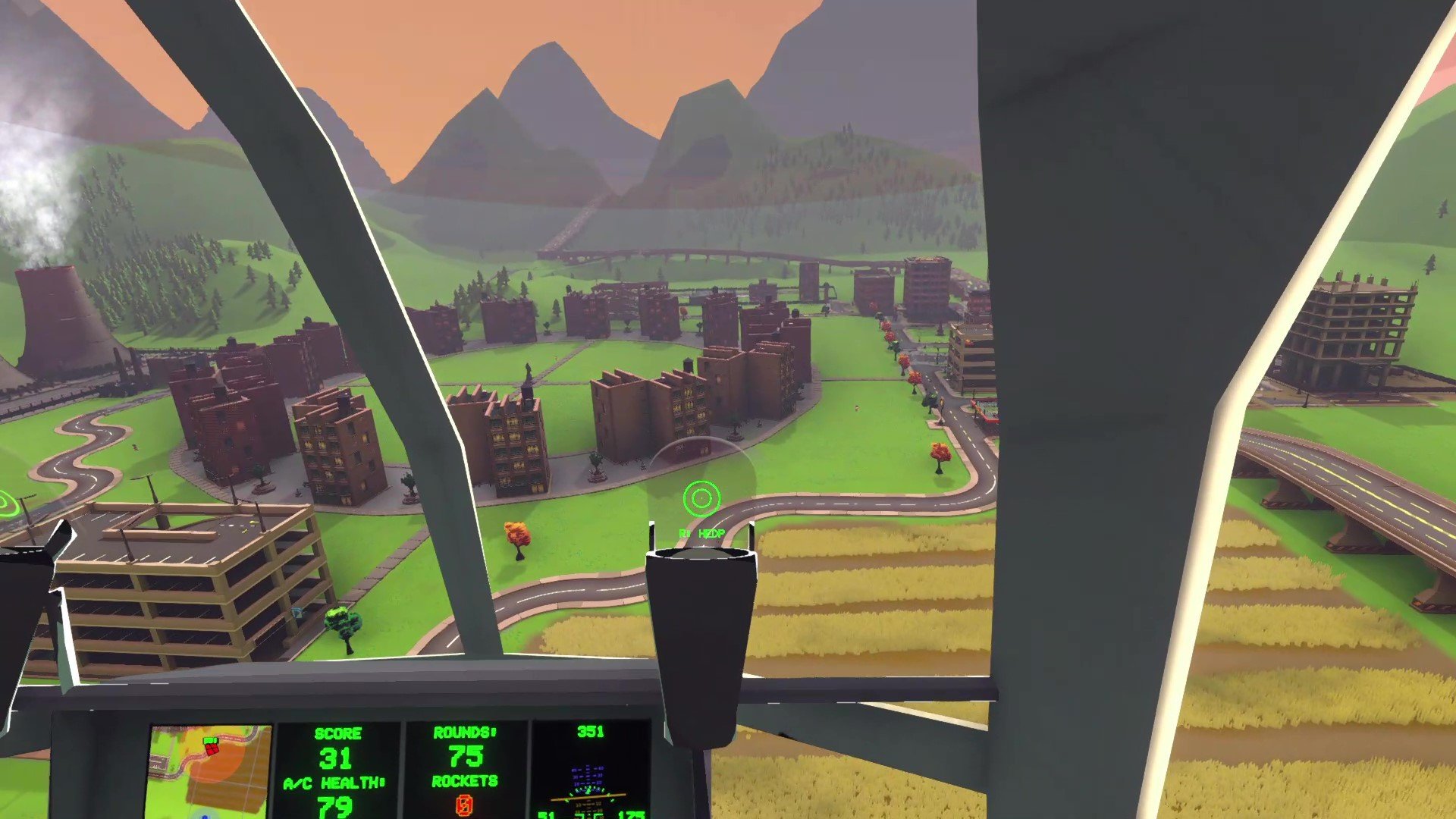 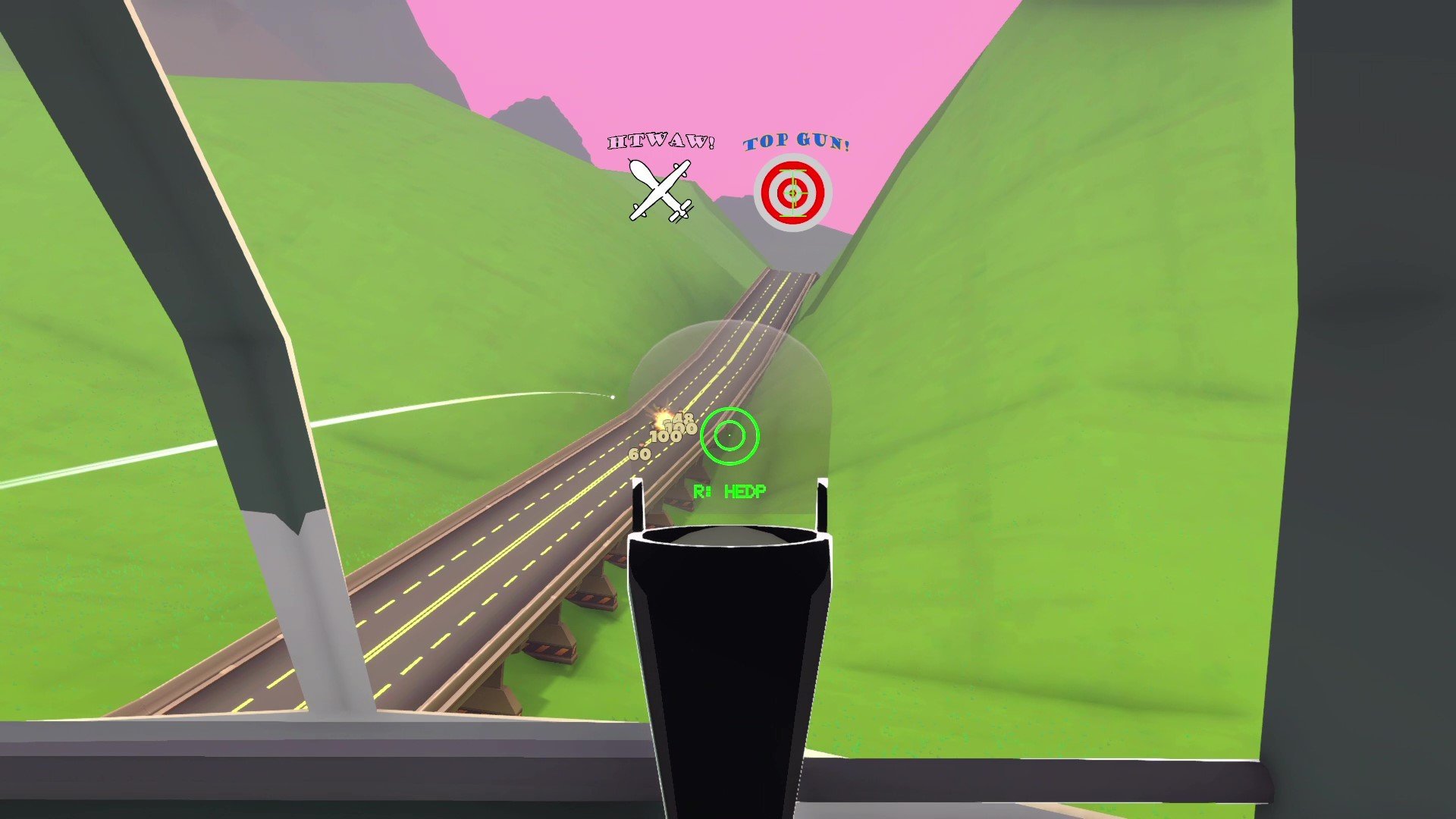 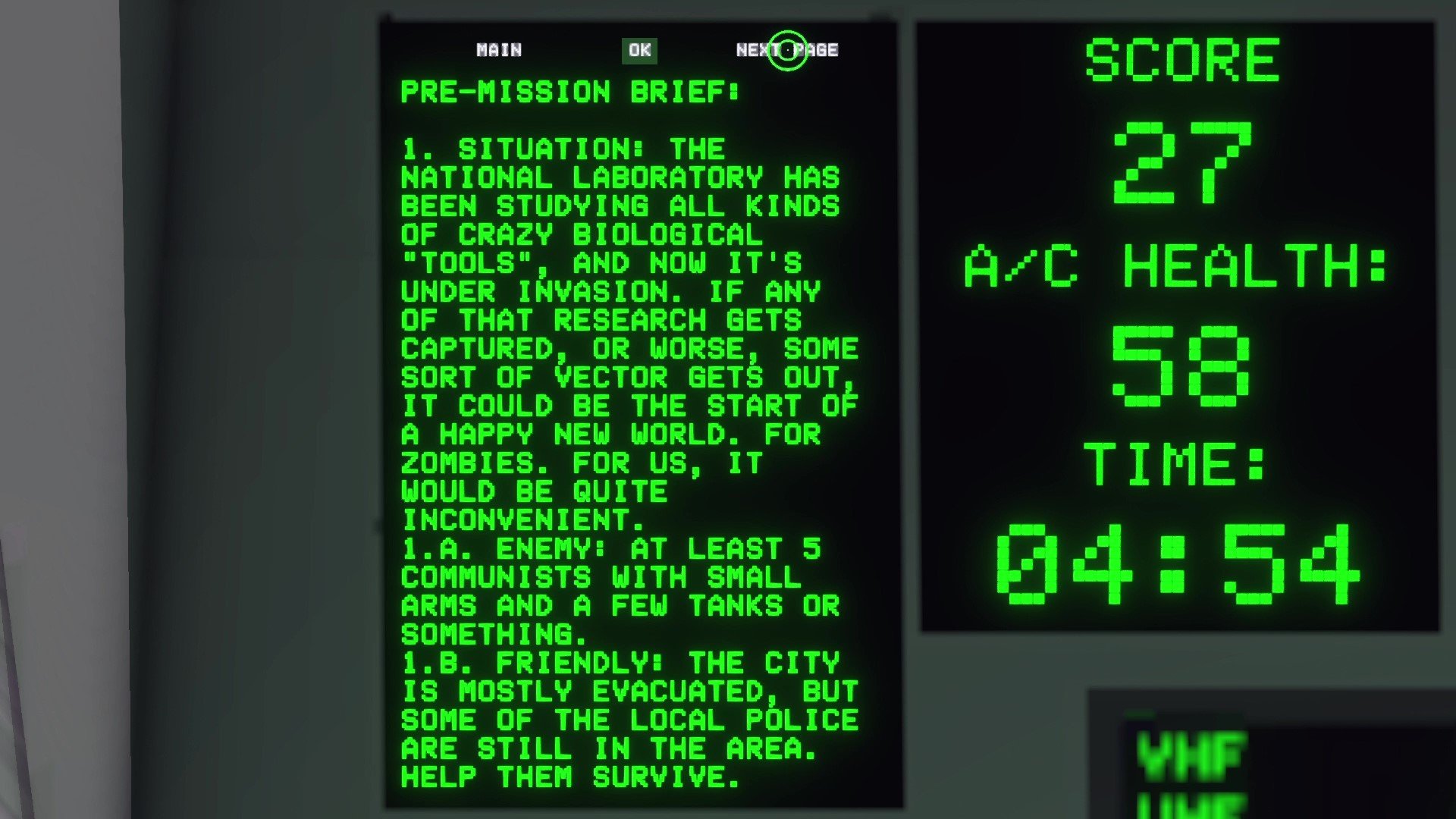 DISCLAIMER: If you've never flown a real helicopter, never flown a simulated helicopter, or never flown the helicopters in ARMA or Battlefield, this game is very hard, even on the 'Easy' physics mode. However, it's also very rewarding, and if you just keep at it, you really can learn the basics of how to fly a helicopter.

The National Laboratory has been studying all kinds of crazy biological "tools", and now it's under invasion. If any of that research gets captured, or worse, some sort of vector gets out, it could be the start of a happy new world. For zombies. For us, it would be quite inconvenient.

Perform aerial interdiction against the relentless Commies, using an increasingly sophisticated arsenal of weaponry from your Multi-Role Helicopter (MH), callsign Zombie 26. If zombies were to somehow result from your failure to fight off the invasion, and the zombies were to escape, all hope of containment would be lost, so fly like your life depends on it (SPOILER: It does).

Two maps and game modes, and 31 achievements will keep you coming back to fly the most realistic arcade helicopter game on Steam.

Keyboard bindings are for English Language layout; some bindings will not work correctly with other-than English keyboard layouts.

NOTE FROM THE DEVELOPER:

If you want to multiply that 1% of awesomeness by 100, with no radio calls to make, no permission to engage to ask for, no pesky aircraft limitations and failures, no deadly quirks of aerodynamics, lightning fast battle-damage repairs, and a whole lot of ammunition to rain down on the enemy, you need look no further.