depicts a magician of the nature with having "Magi", magic for latin and "Terra", earth for latin as 2 words. The character Magiterra is a leader for his people. Magiterra can craft seeds out of nature using the special power called Terrapower which allows him to create crop fields almost out of thin air. Then with the help of his peculiar people who are called Salamanders and Merricks, Magiterra is able to come up with entire settlements that compliment nature and nourish production. His people also handle all the communication and transportation for the settlement at any given time. 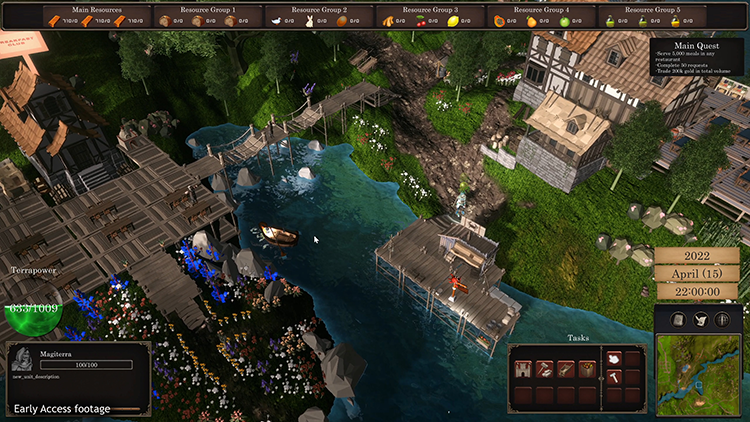 In the game, we have a kingdom called Golas. Recently, well-loved King Maphotesus began to lose his people to increasing sicknesses and loss of wealth due to his old age and nature's unforgiving actions. Thus, he asks for help from an old friend who is our very own Magiterra. Coming to the kingdoms help, Magiterra now is allowed to build and expand his settlement near the kingdom to help the trade flow, heal the nature and to cure sicknesses.

One of the key features of the game is that the controls are much similar to real-time strategy games in terms of peripheral usage and the UI so the main experience of the game flows like a real time simulation and it also incorporates the relaxed state of a farm simulator.

The game consists of building crop fields, farms and buildings that process the product that come out of these. It's a balance between time and resource management. The player can trade items, buy or sell with gold, fulfill restaurant recipes and fill warehouses to complete given quests by the king. 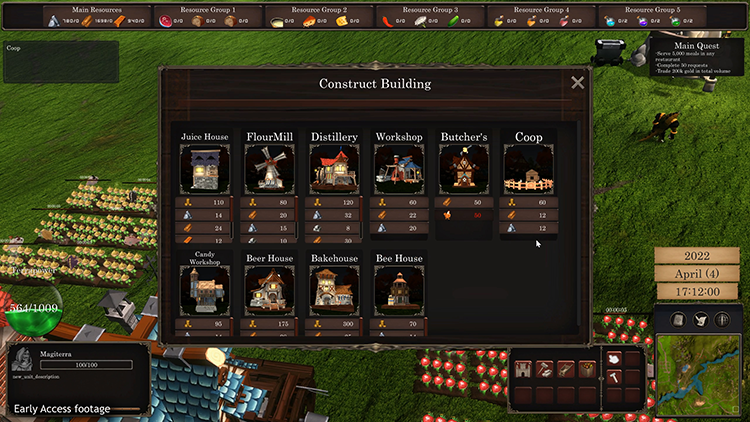 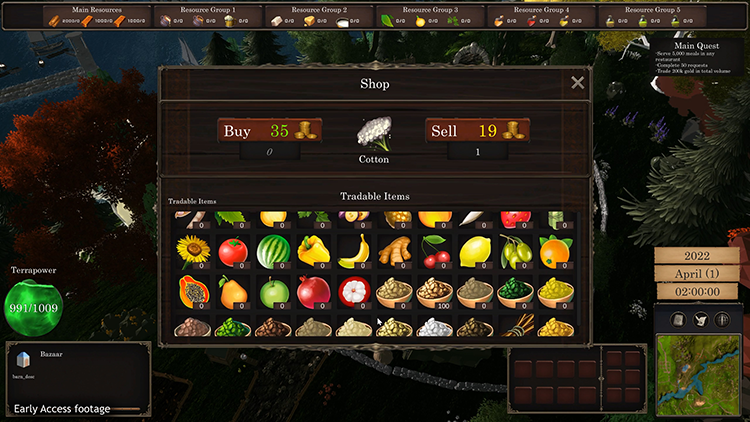