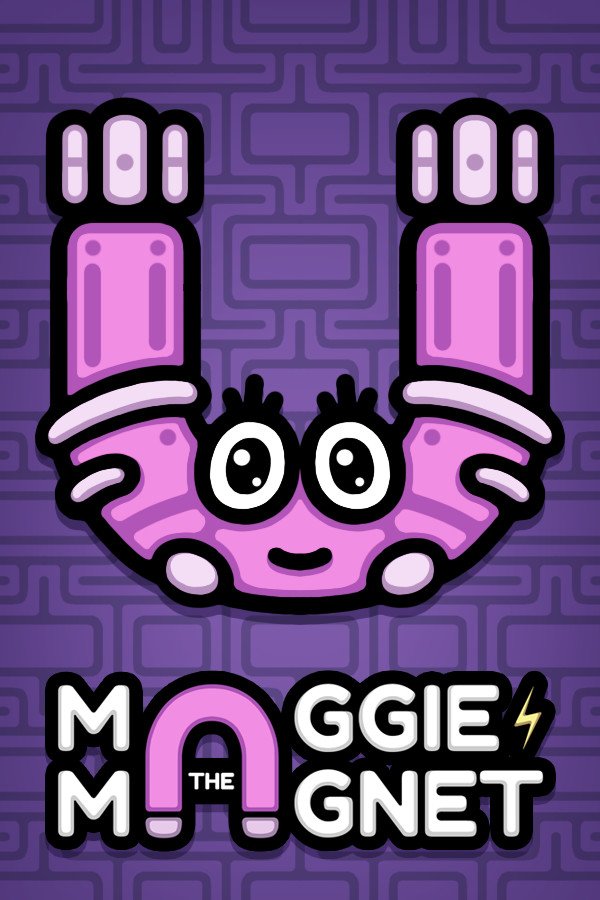 There's nothing Maggie loves more than scientific experiments! She's an animated magnet, capable of turning her magnetic powers on and off whenever she wants. Sensing the potential for scientific discoveries, she opened her own laboratory and now there's only one key component separating her from having fun and exploring her capabilities... She needs someone to oversee the experiments! Are you up for the task? ;)

Maggie the Magnet is a physics-based puzzle game, in which all the gameplay is centered around a single button. Holding it down enables Maggie's magnetic powers, thus making her fly in the direction of the magnet point (a metal plate with 4 magnets attached to it). The coolest thing, however, happens when you release it, allowing Maggie to perform all sorts of breathtaking stunts as she flies over gaps thanks to gravity and built-up momentum!

• Accessible controls: remember, there's only one button to worry about!
• Over 150 puzzles to experiment with: contribute to science and have fun in the process!
• Adaptive environments: the game's visuals change after every soundtrack!