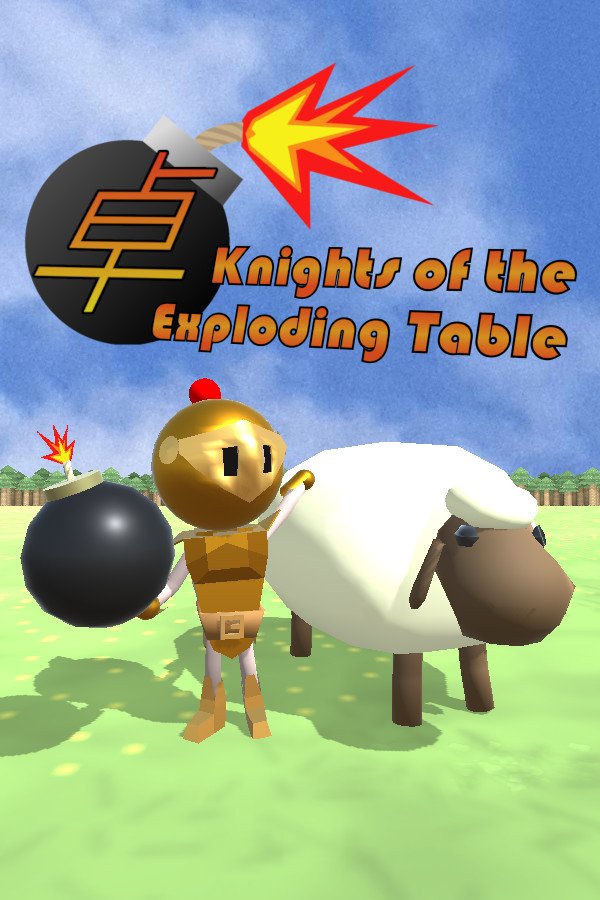 Knights of the Exploding Table

Free Combustia from the tyranny of the monarchy! The king has decreed that due to the dangers of explosives, gunpowder will henceforth be illegal. However, The Knights of the Exploding Table won't take this edict sitting down! Embark as Knight Bomber, Dusk Bomber, Day Bomber, and Dawn Bomber to reclaim the kingdom's gunpowder mines, and prove to the king that explosives are a human right!

Adventure through the kingdom the only way a proper knight knows: by blowing everything up! Players can place, kick, lift, empower, throw, and even remotely detonate their bombs to make an impact on their enemies and the obstacles in their way. But take heed! Not even the Knights of the Exploding Table are immune to their own explosives.

While you're on your way to reclaim the kingdom's gunpowder supplies, pick up all the gems you can find, as you can use them to buy hats with which you can customize your knight. Also those golden clovers... they might be useful for something later on.

When you need a break from the noble knights' quest, try out the Explosion Battles! The rules are simple: 1. Blow up your rivals, 2. Don't blow up yourself! Play as any of the Knights of the Exploding Table or as an enemy from the Adventure mode, and face off against up to 3 of your friends in local play, or against the computer. Or just watch the computer battle itself, that's always fun!

This Early Access build of Knights of the Exploding Table includes the following features:

If you've got an itch for destruction, there's always a seat for you at the exploding table.