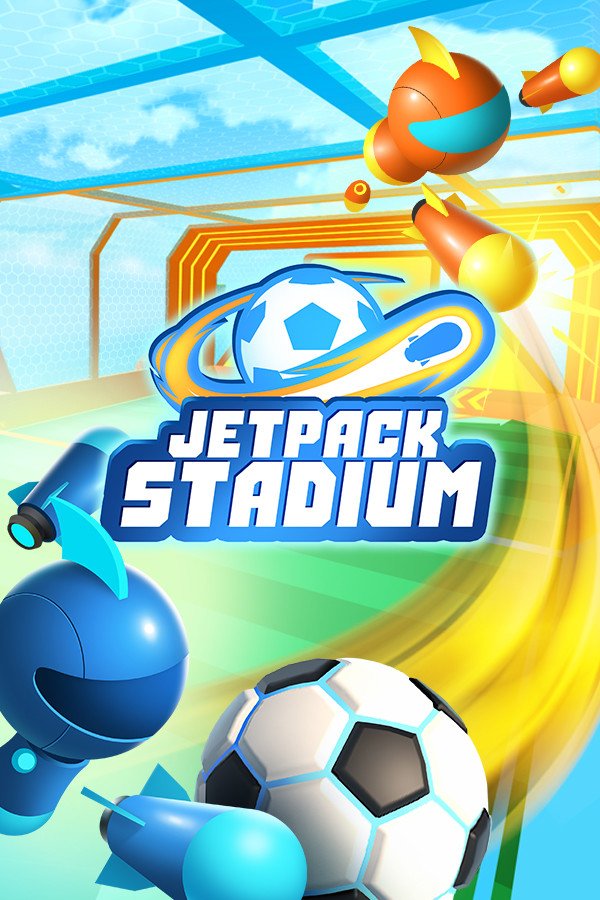 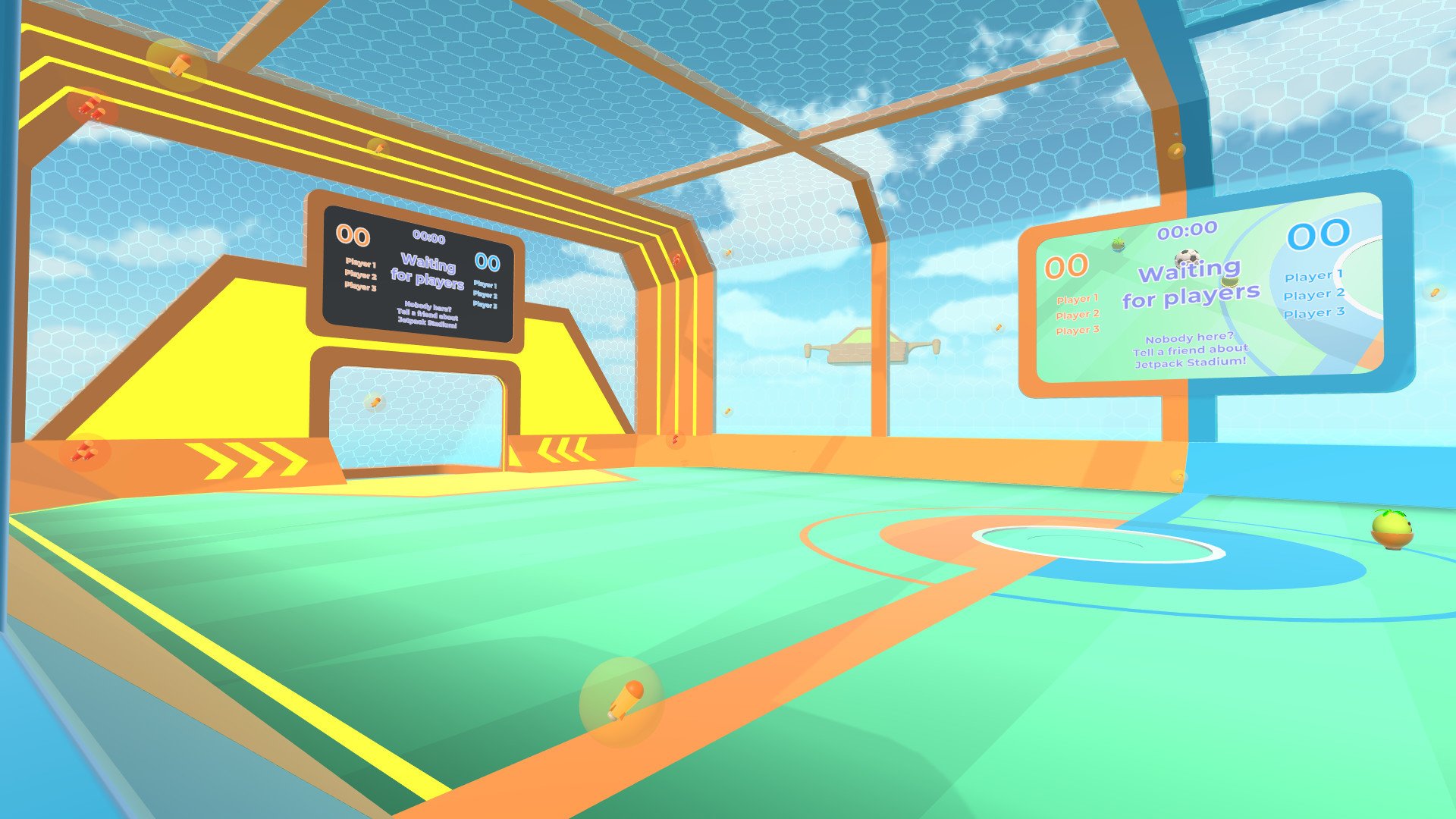 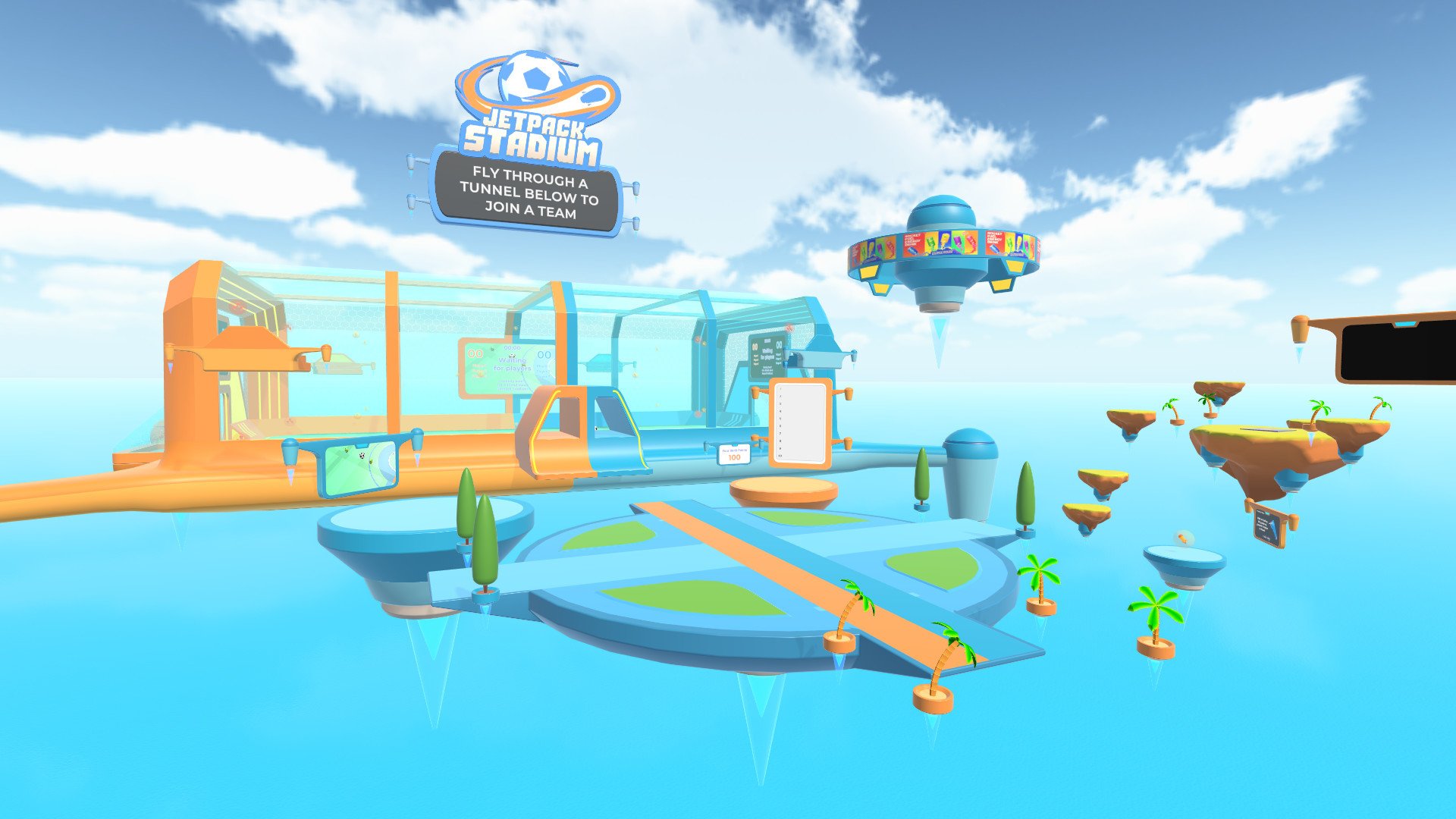 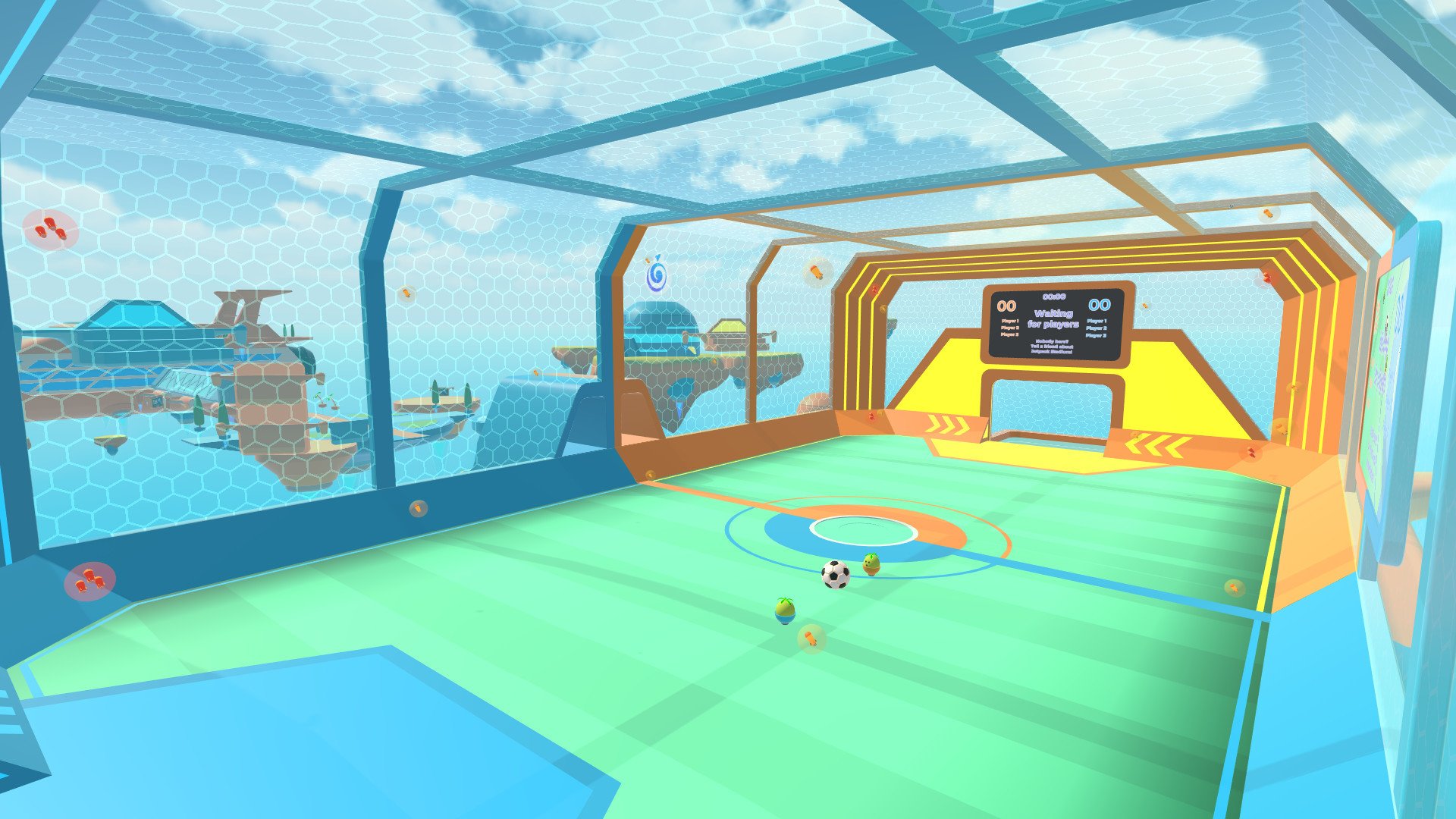 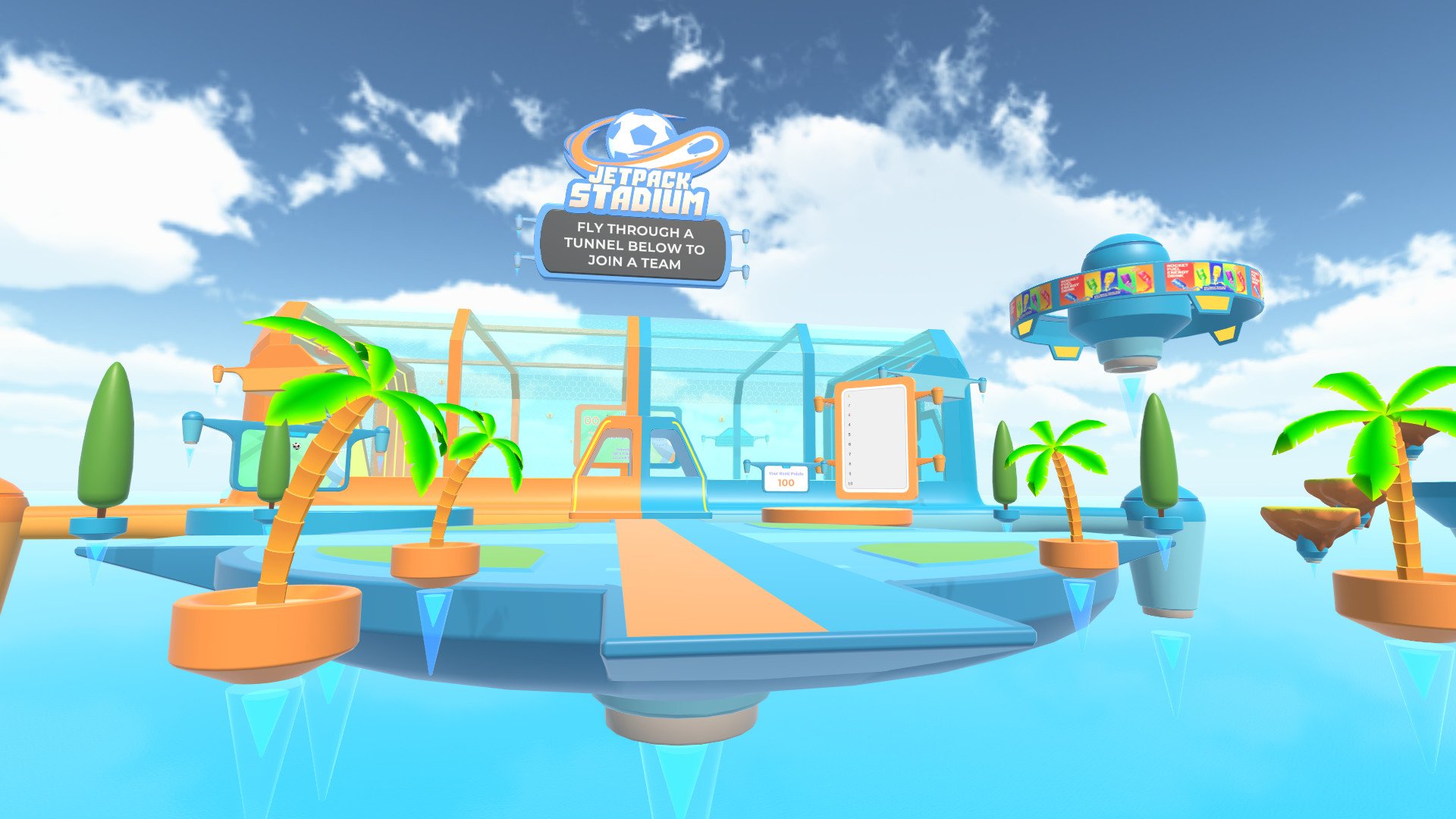 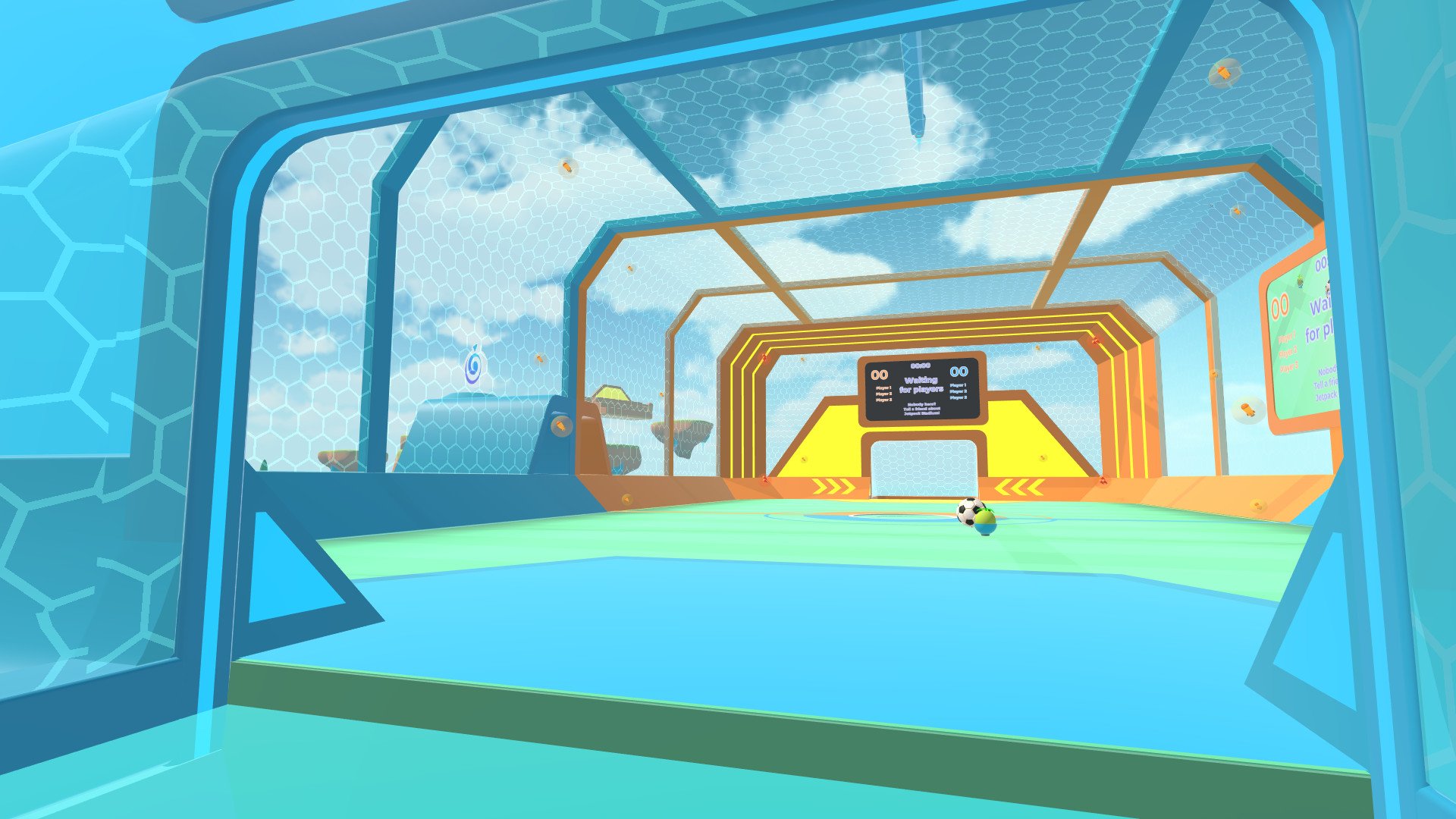 Jetpack Stadium is a hilarious VR sports game that will have you flying around a virtual stadium.

Compete for Victory at Jetpack Stadium!

Compete in 3v3 matches against other players around the world!

Use your head or rockets to hit a massive soccer ball into your opponent's goal using two hand-mounted rockets.

Duke it out against other players in a soccer/football like competition!

Intel Core i7 or better