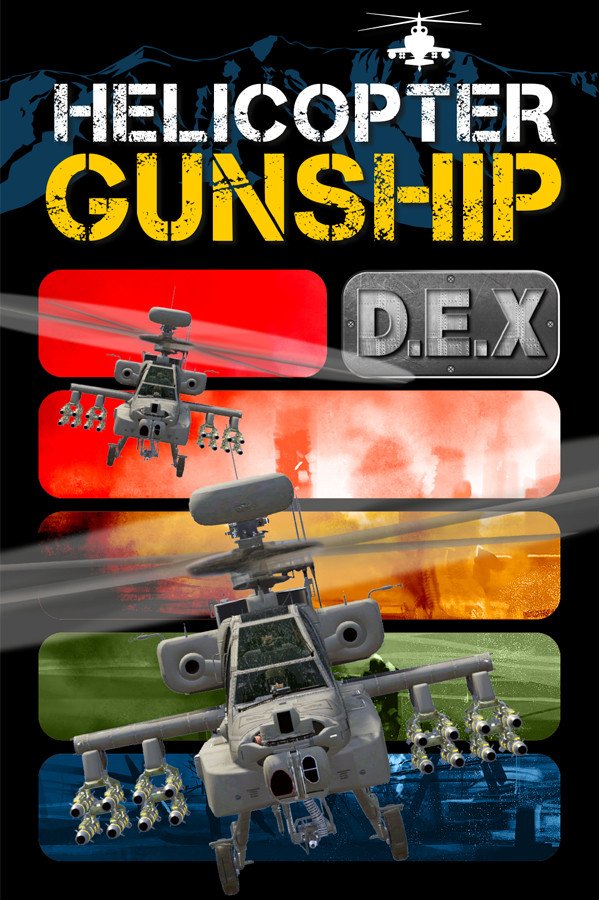 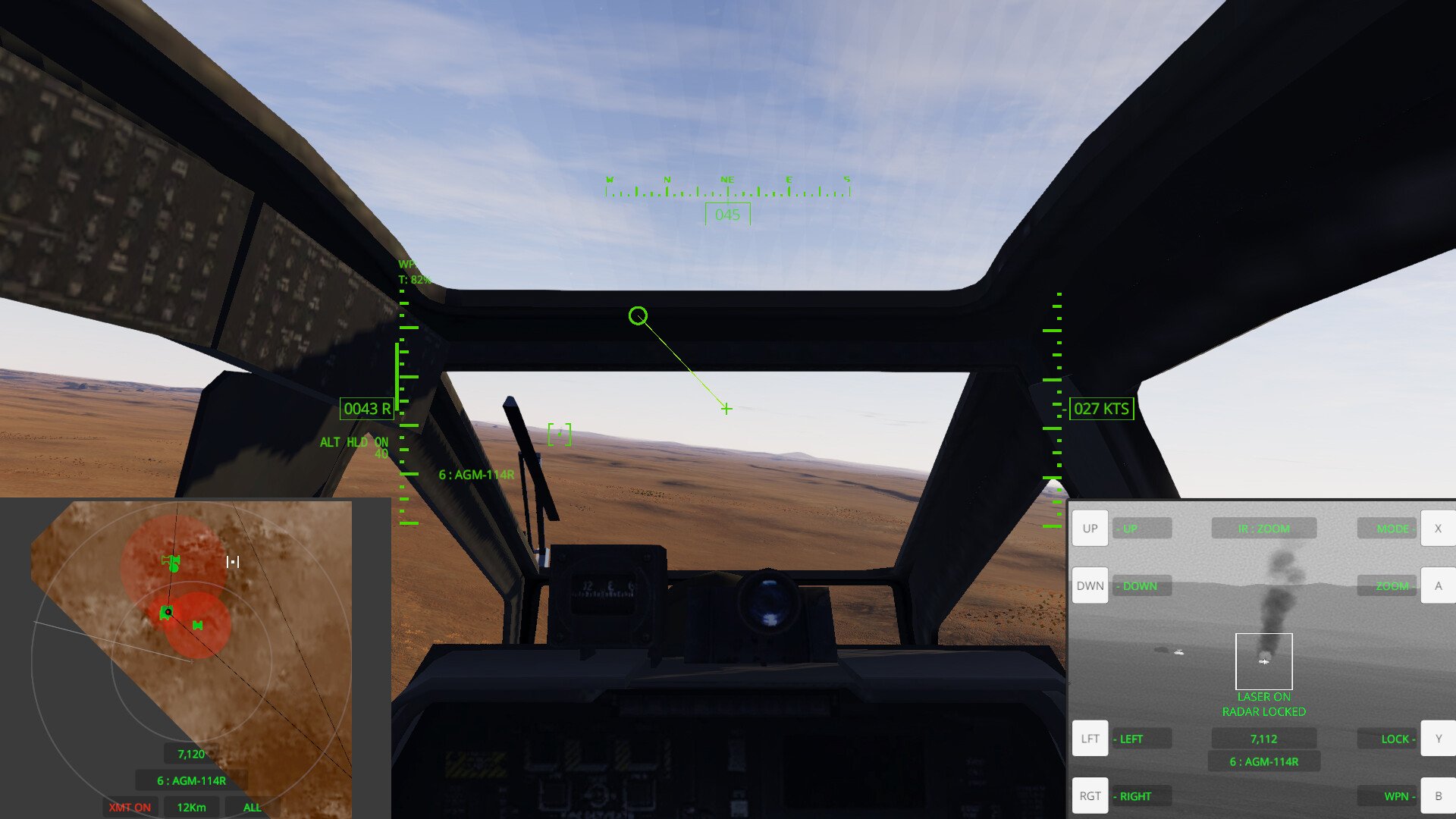 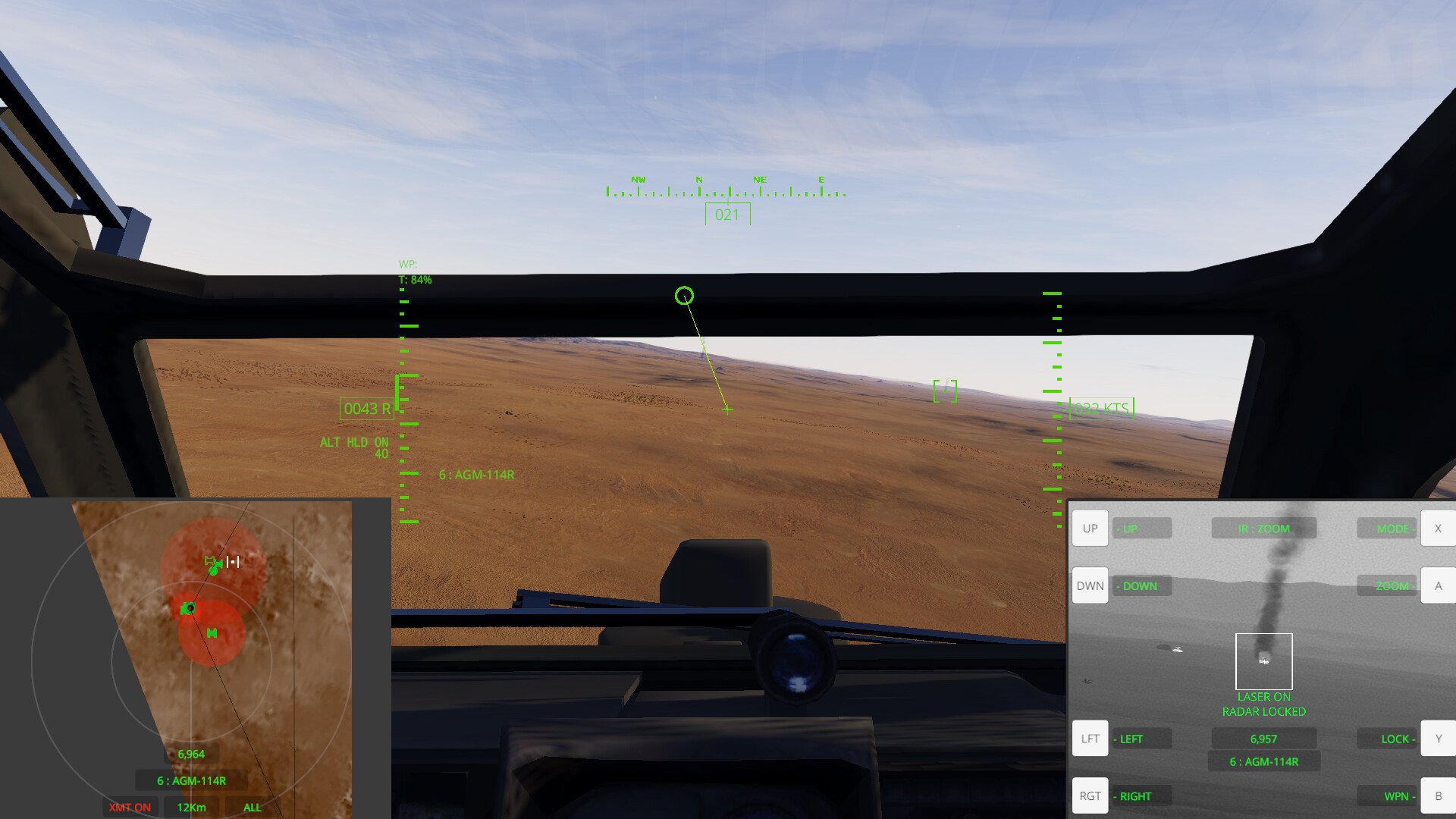 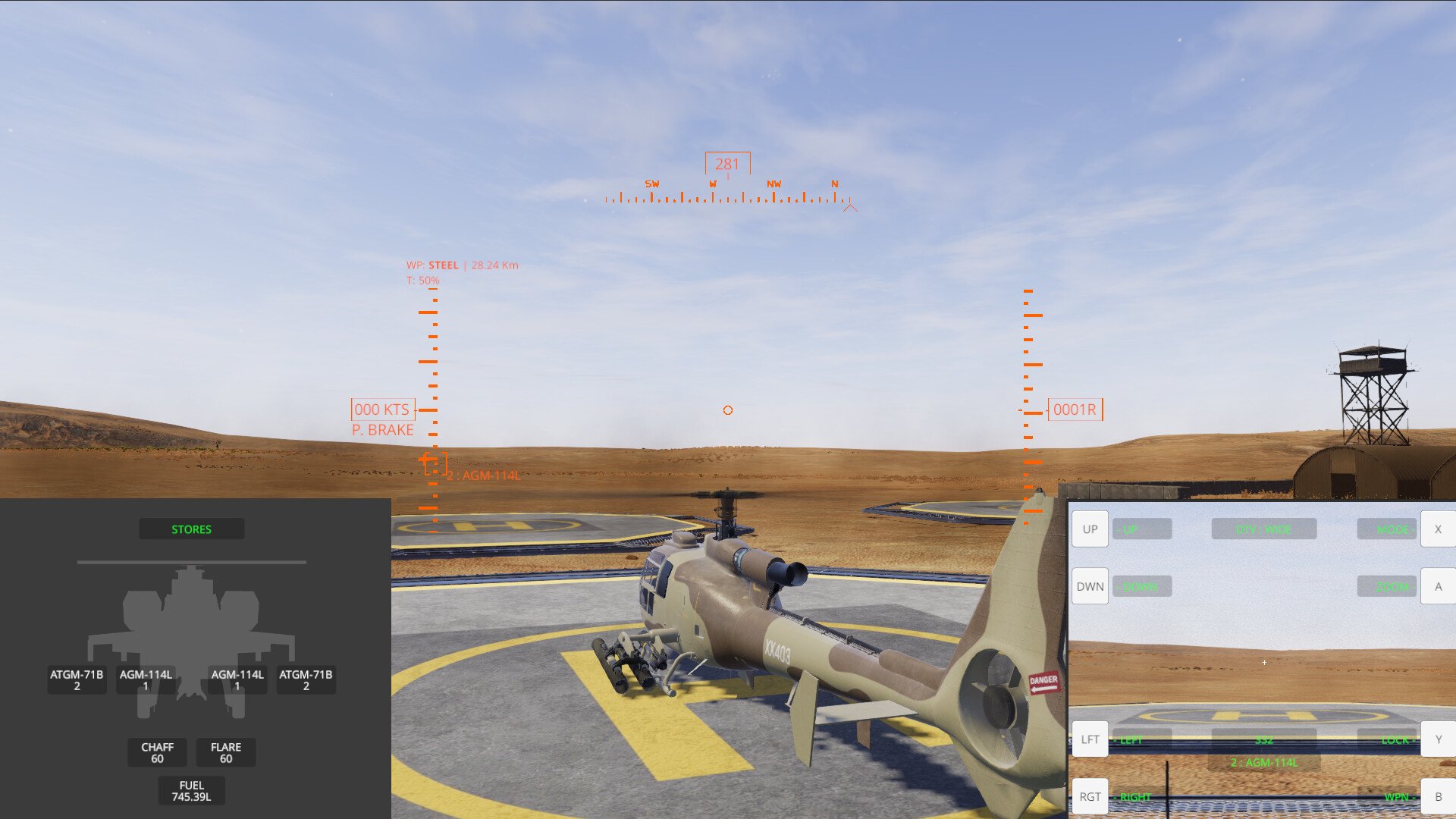 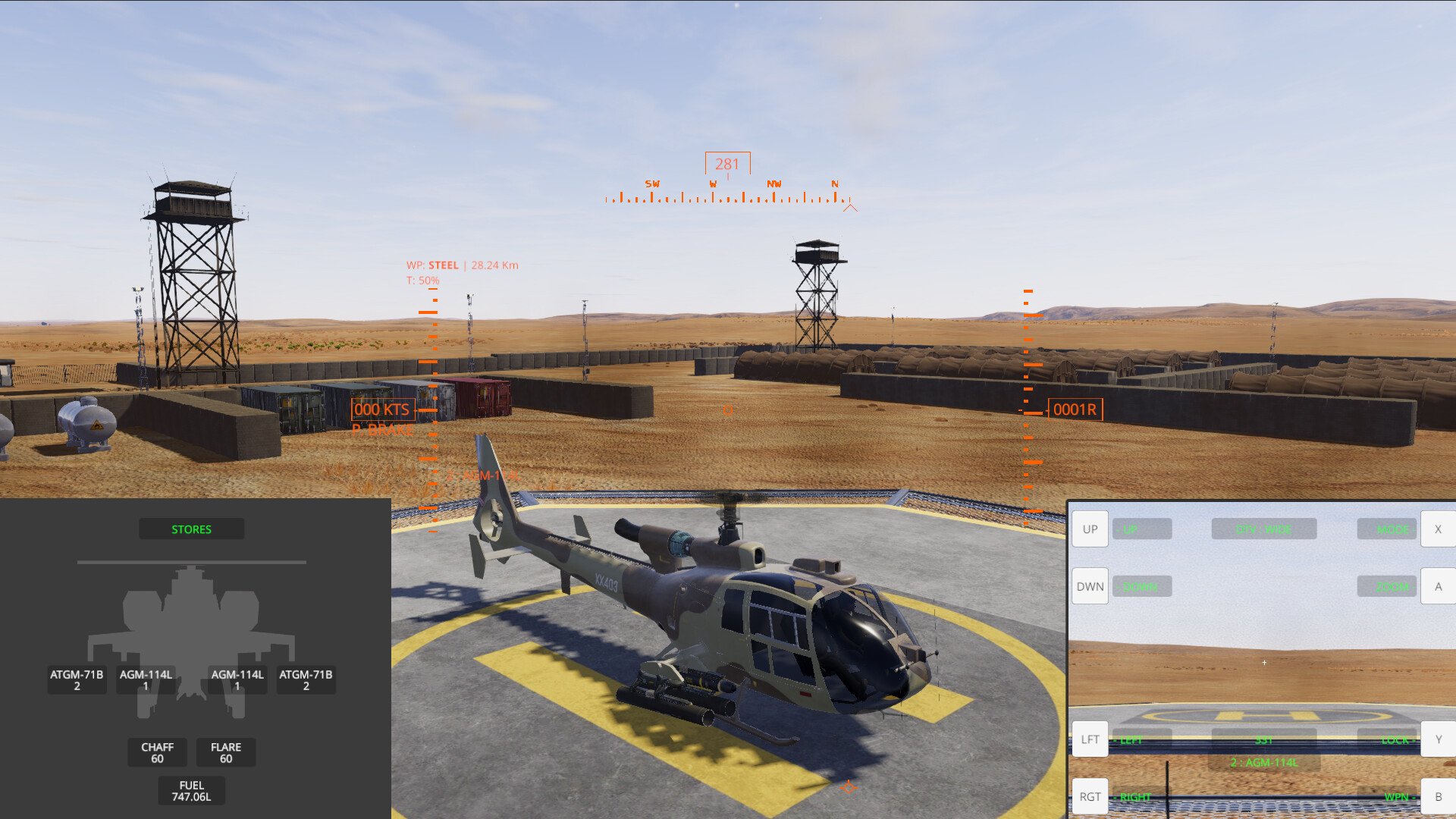 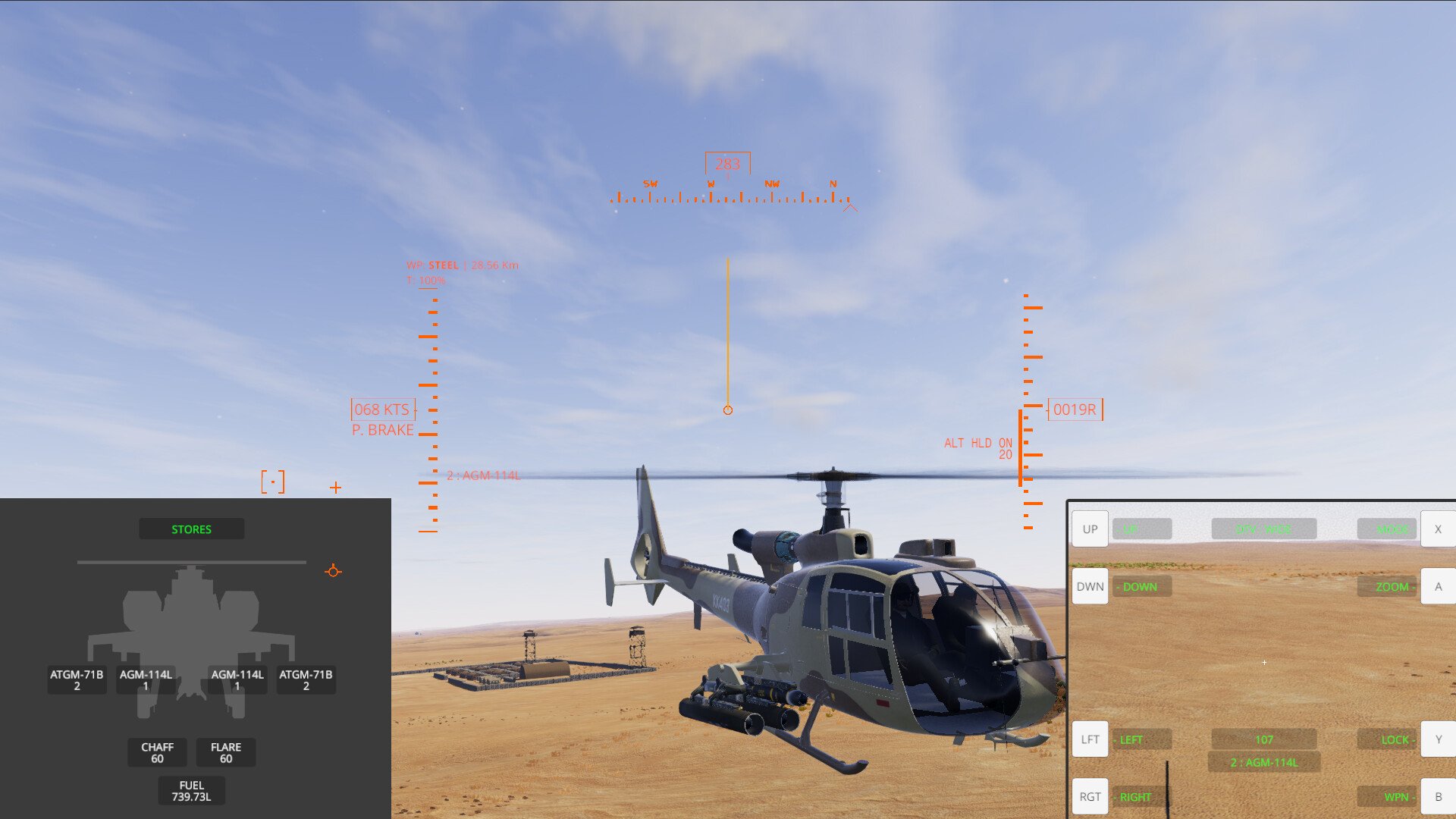 What is Helicopter Gunship DEX?

Inspired by the great helicopter games of the 90s, Helicopter Gunship D.E.X is a "sim-cade" experience leaning more towards the simulation side rather than the arcade side.


Controls have been optimised for GAMEPADS without sacrificing simulation options via a Sensor/Screen of Interest (SOI) plus modifier button system to expand the number of buttons available. Controls can be re-mapped to other devices (flight sticks, throttle controls etc) however the EARLY ACCESS release has not been designed to fully support those devices yet but it is being actively worked on.

You won't find any magically respawning missiles here! Instead you will find realistic weapon load-outs, a simulation level physics driven helicopter flight model and the usual targeting pods and RADAR systems you would expect in this type of game. However, these systems have been simplified to give the overall "feeling" of being in control of a helicopter gunship without the need to memorise hundreds of keys.

The main part of the game revolves around the random mission generator that allows you to define your own engagements. On top of this Helicopter Gunship D.E.X uses a deployment point system to ensure missions remain balanced and that older weapons and helicopters still have a role to play no matter what the mission involves.

Weapon load outs are based on real world helicopter capabilities and you will use the same kind of real-world targeting systems such as "SACLOS", "Laser", "RADAR" etc to detect, designate and destroy your mission targets.


A slight departure from reality is that you, the pilot, will be in direct control of designating targets and firing weapons even in helicopters that have co-pilot/gunner positions. Your CP/G will aid in target identification and spotting targets visually.

Weapon types and availability will depend on the "ERA" that your mission takes place e.g.

Currently there are 2 main helicopters AH-64 Apache (A,B & D) as well as the SA-341 Gazelle. The Lynx, Blackhawk, Hind and Viper/Cobra helicopters are now in production and planned for release further into Early Access with the final game slated to include a wide selection of both Western and Eastern gunships allowing you to fight for either BLUFOR or REDFOR teams.