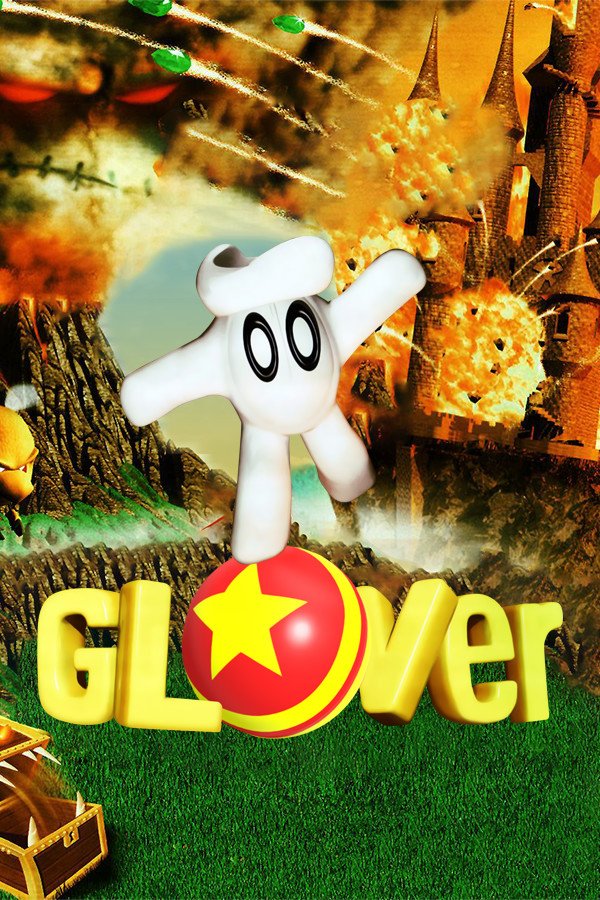 
The Kingdom's peaceful world has been shattered! The wizard, while mixing potions with his magical gloves has caused a huge explosion, turning him instantly to stone and dislodging the seven crystals that give the Kingdom its energy. Without the crystals, the castle and its world will fall apart and the wizard will be lost!

It's down to Glover, one of the magical gloves, to find the crystals, now disguised as rubber balls and return them safely to the castle. Guide Glover and the balls through seven magical worlds full of puzzles and hidden surprises. Watch out! The evil glove is lurking in the shadows, and he'll stop at nothing to foil Glover's attempts at restoring peace.


Finally the wait is almost over. The N64 Era Cult Classic Glover is coming soon! This version of Glover is a completely ported from the original source code (N64 version of the game), and improved for modern PCs. It features Wide Screen, compatibility with Windows 7 and 10. Compatibility with USB controller, as well as higher resolution display.

We have also included the PSone original version for FREE! And make sure you stop by the game file directories for some surprises. We are also working on hopefully including the original Windows version on the package.


NOTE:
We are aware of some bugs reported and we are working on patching them and update is coming soon. However at the request of a lot of original game fans and speedrunners, we are leaving the original N64 bugs unless they are game breaking (not encountered any so far)