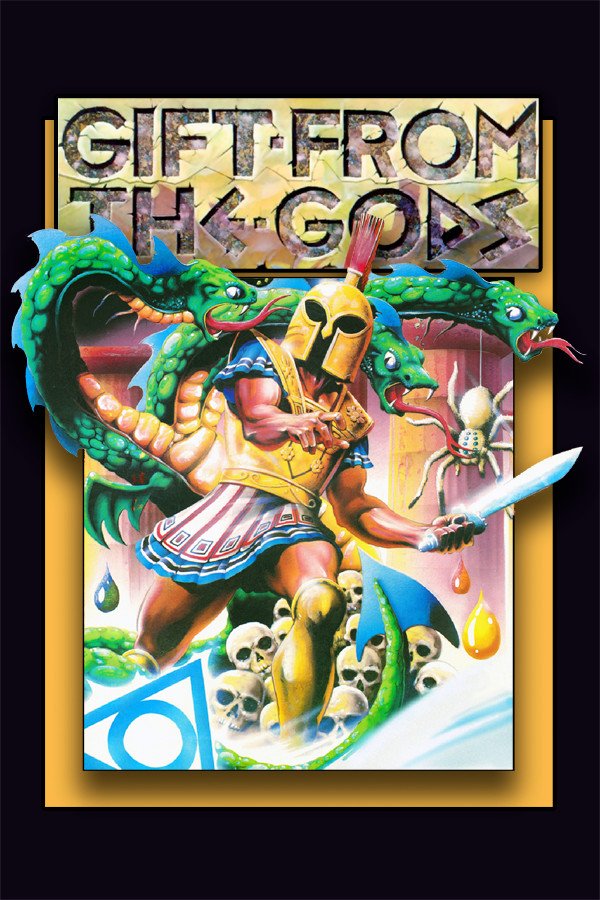 Gift from the Gods

Originally released in 1985 for the ZX Spectrum, Gift from the Gods saw players take on the role of Orestes from Greek mythology, as he braves the trails of a labyrinth to avenge the murder of his father, Agamemnon, by his mother, Clytaemnestra. Now, relive those days in this remastered emulated version.

As the mighty hero Orestes, search through the expansive and confusing catacombs for the mythical Euclidian Shapes, six of which are required to reveal the exist. Along the way you will be hindered by terrifying illusionary creatures created by the demi-gods, but there is hope: your sister Electra is also somewhere in the labyrinth, and she possesses the knowledge of which of the Shapes are the six needed. However, the treacherous Clytaemnestra has heard of your task, so also stalks the winding passages looking to kill Electra.