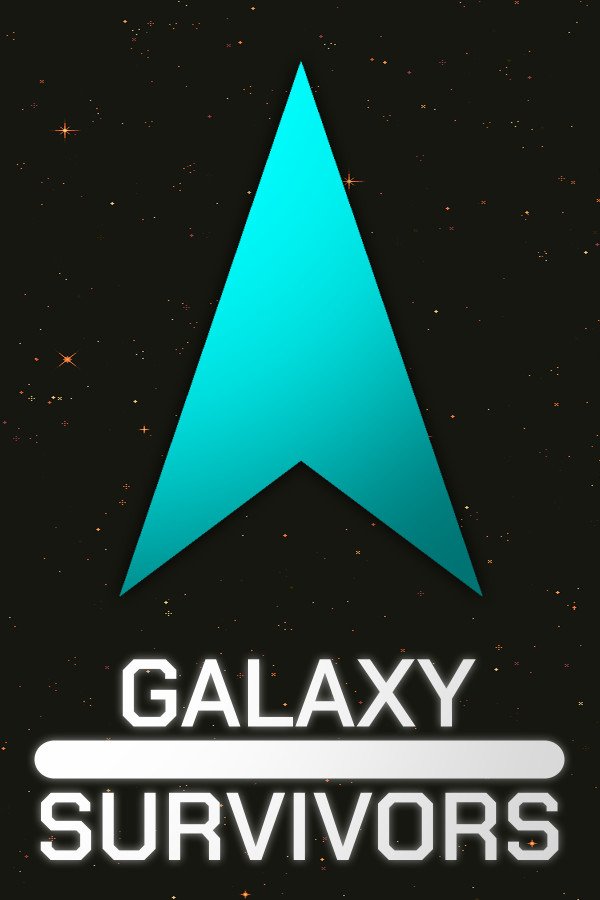 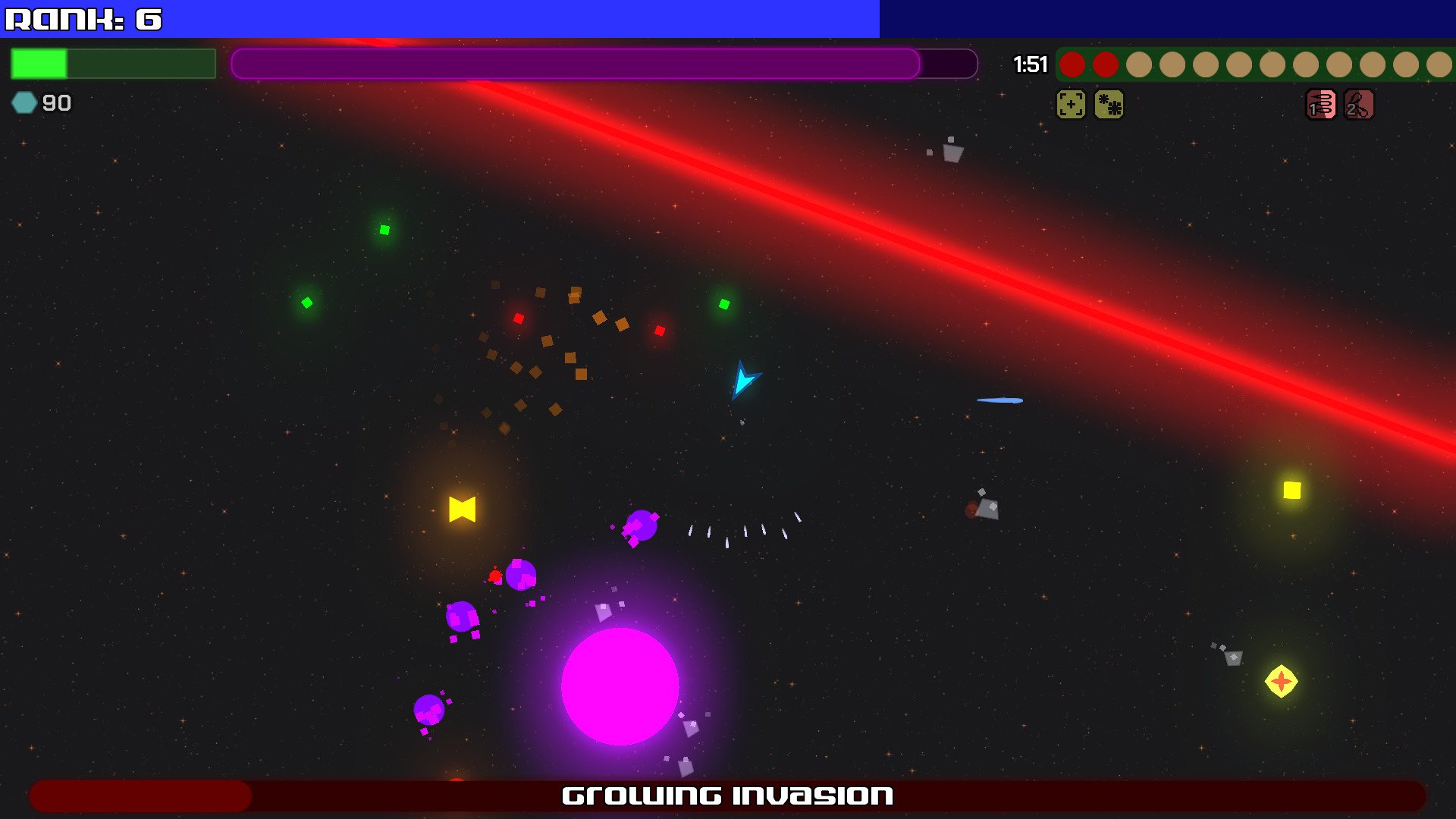 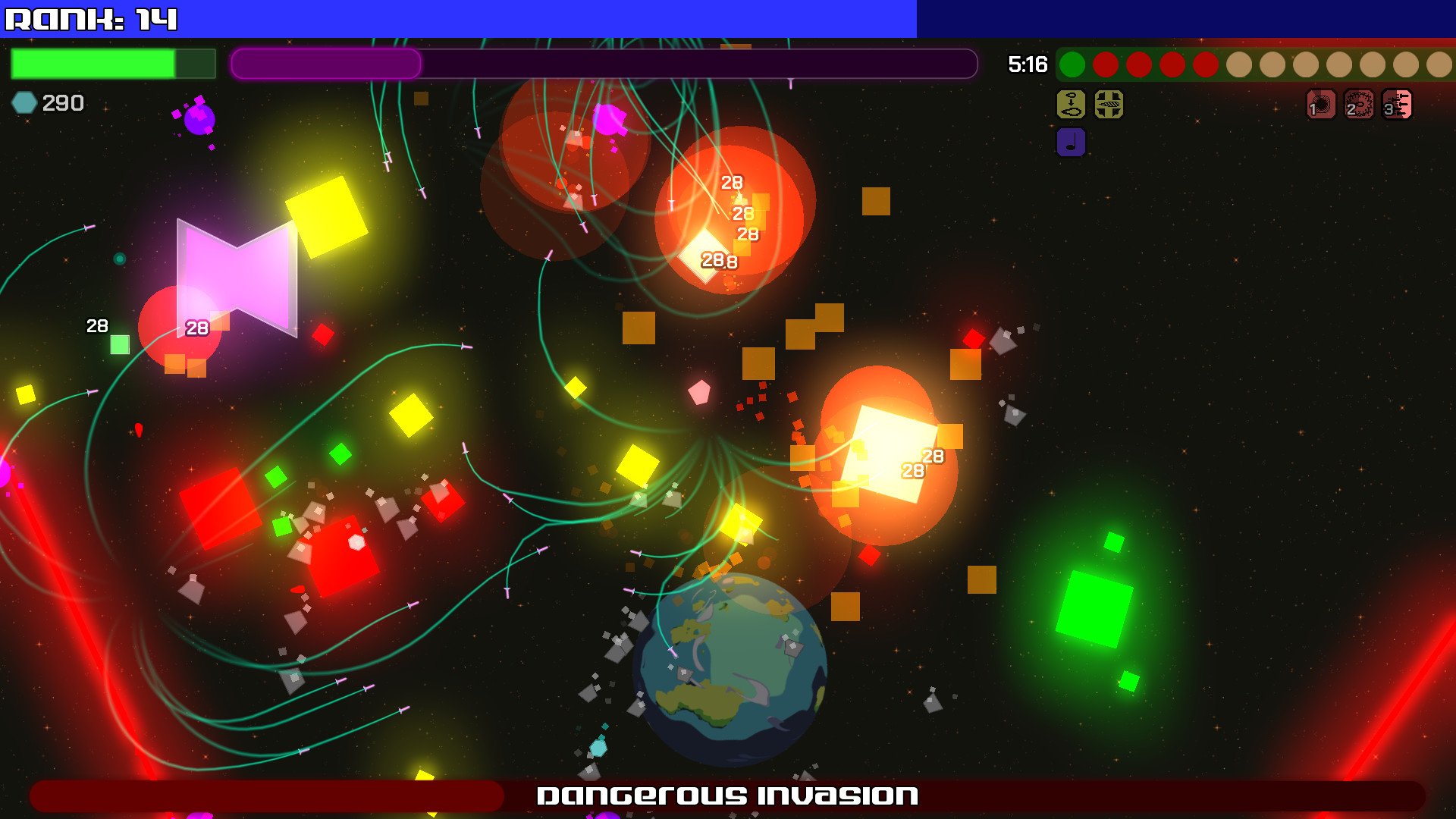 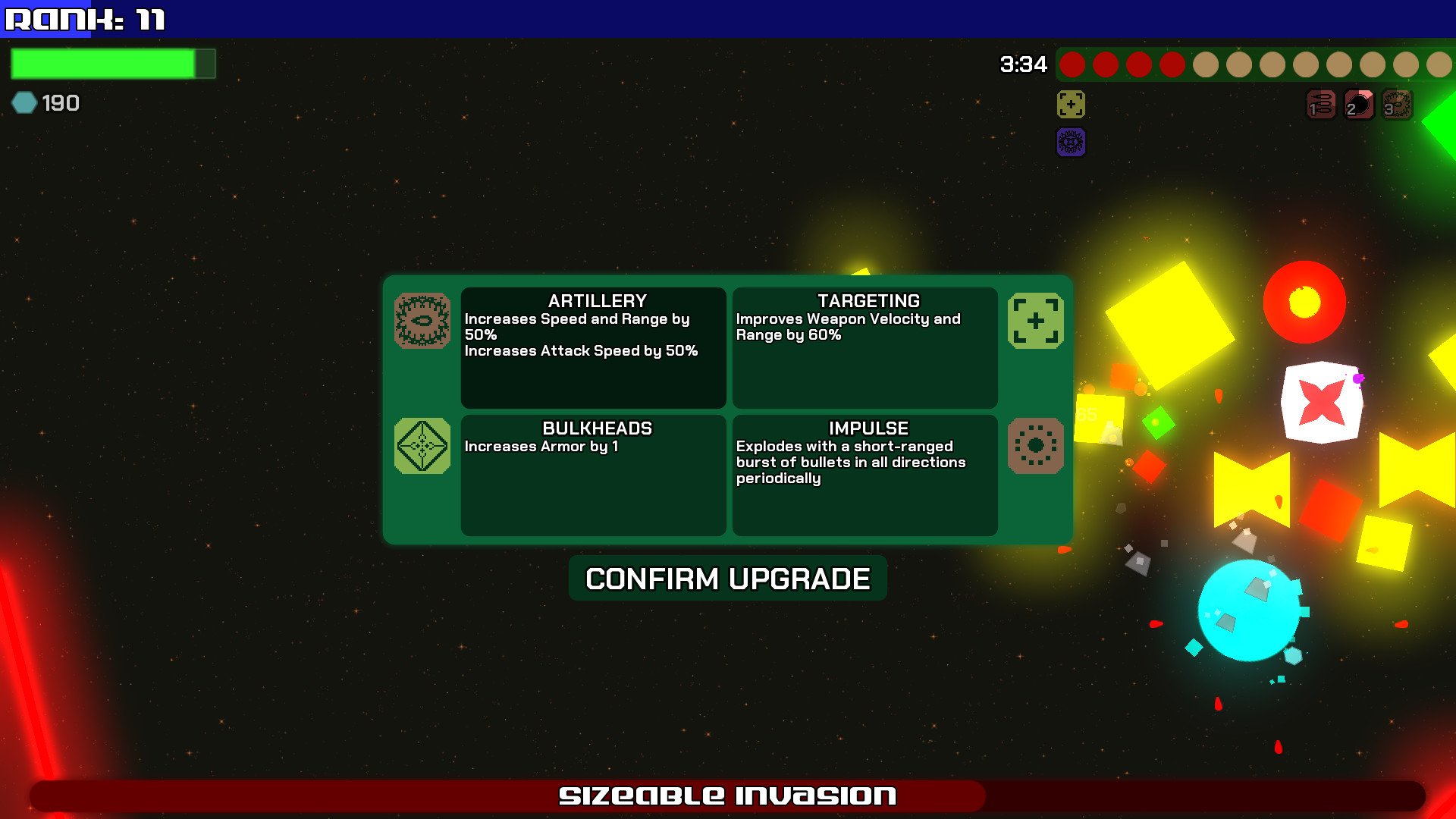 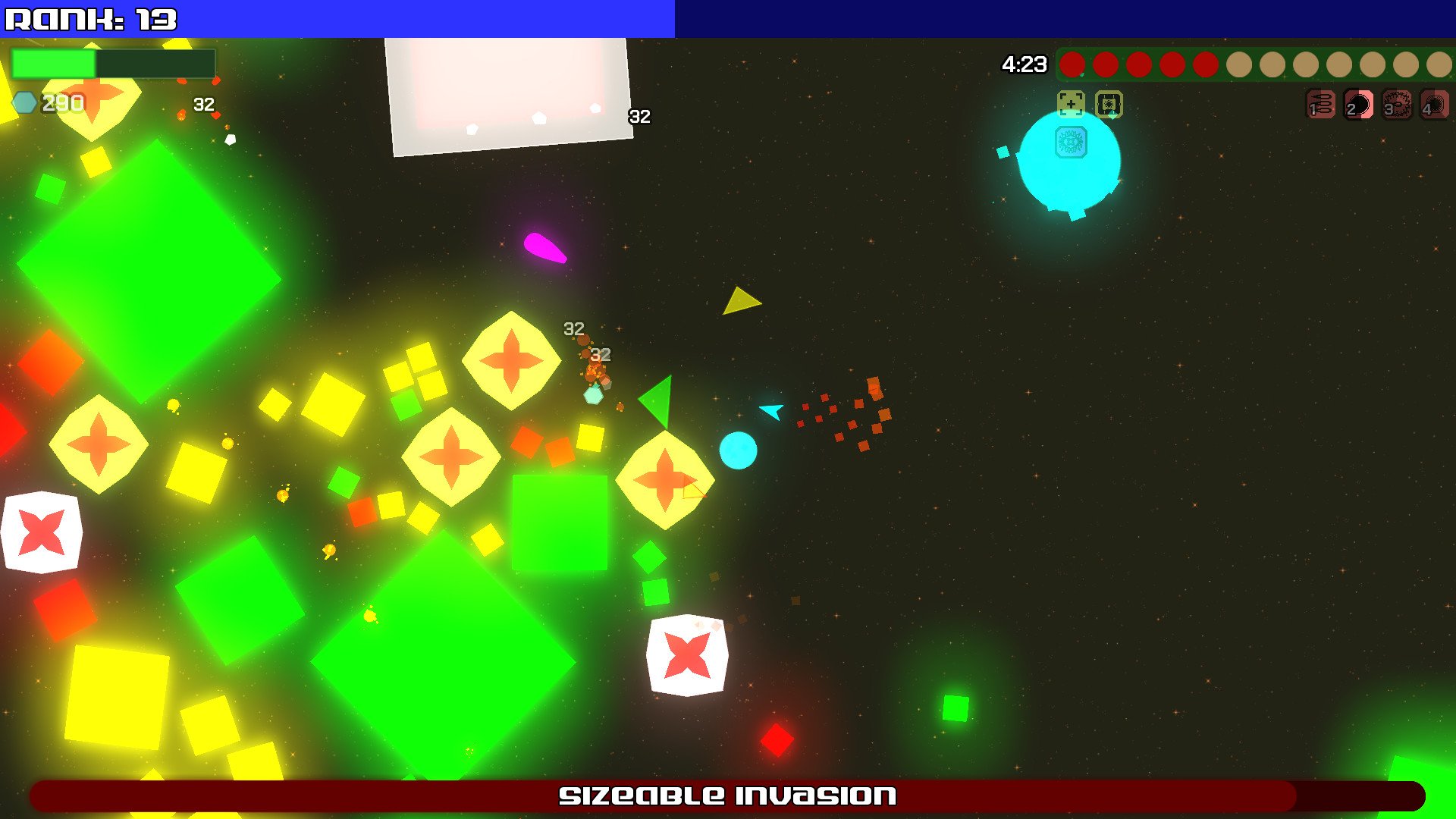 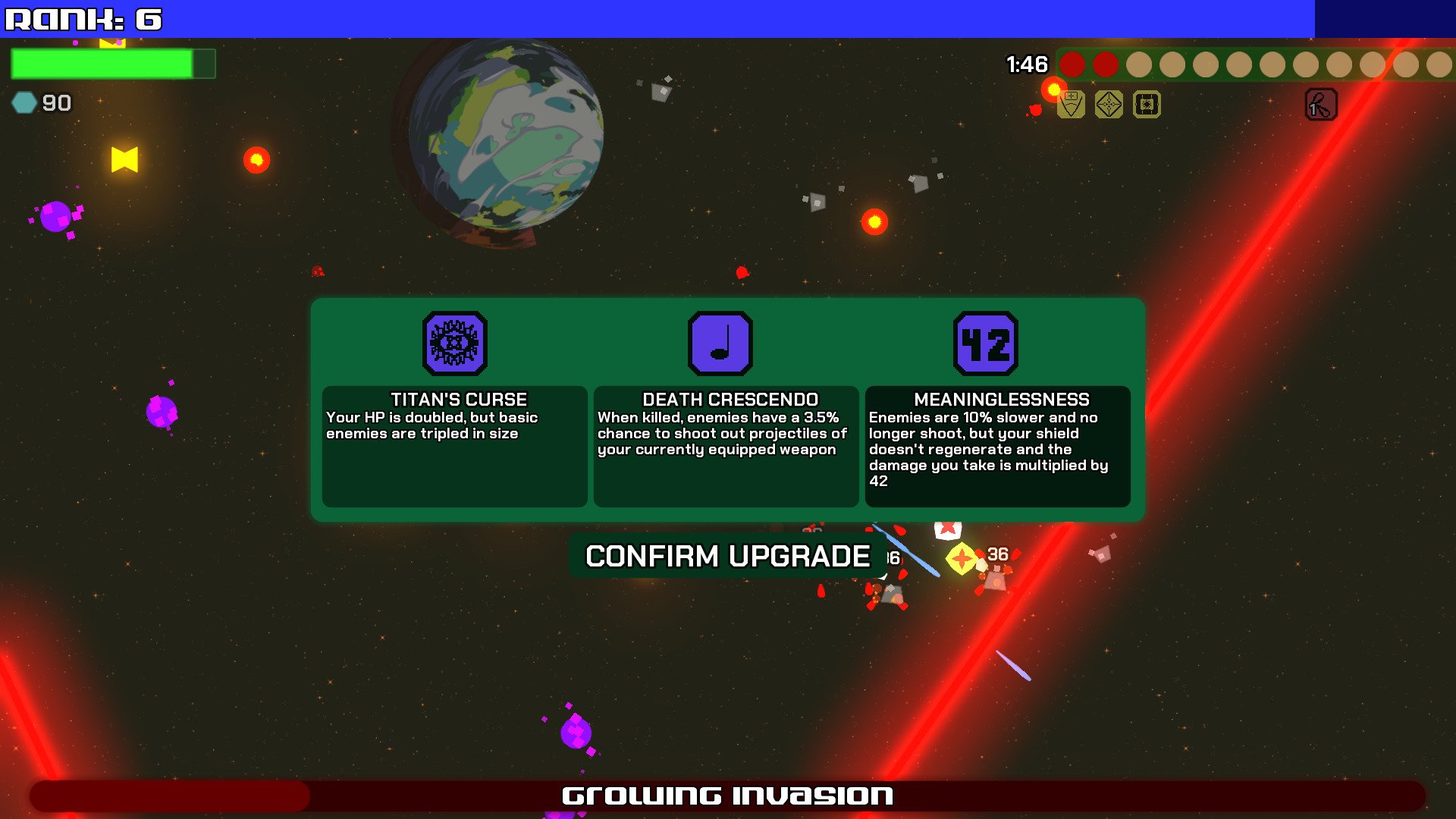 Explode the entire screen, shoot out massive volleys in all directions or just dish out massive damage. Every weapon and ship is different and fits some niche. Tailor your arsenal to maximize the fun you're having, as there isn't just one path to victory.

The enemies you'll be facing aren't static. They'll shoot at you, charge at you and in general try to give you a bad time, but the game isn't out there to crush you... unless you want it to try. Every perk in the Command Center will be counter-acted by an enemy perk of your choice - strategize to gain the biggest advantage, or create absolute bedlam and try to survive. After that, how well will you fare in other universes, where the invaders are stronger?

Obtain achievements, upgrade your starting stats, unlock different ships, rank up in the Command Center and climb up the Multiverse ladder to become the ultimate Hero!