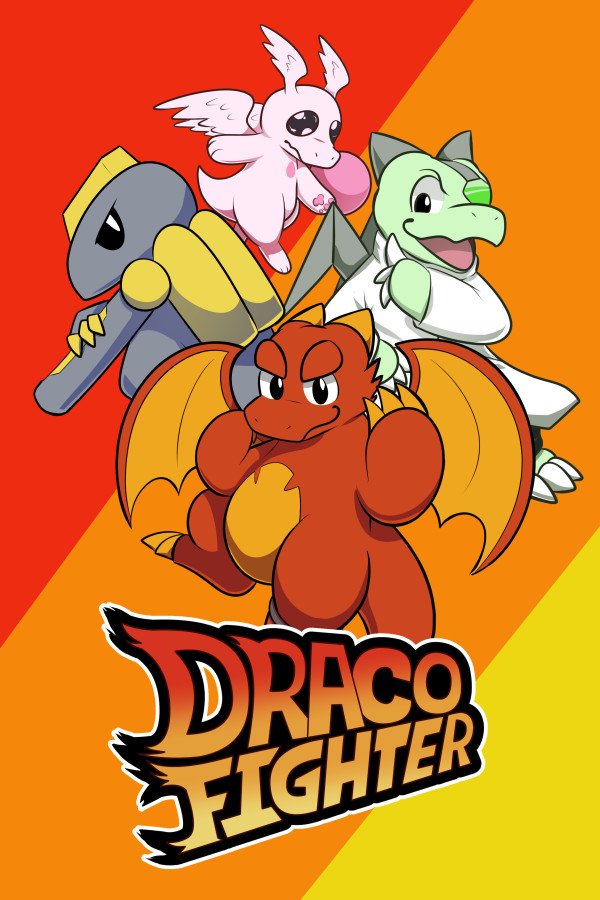 In a futuristic world led by dragons, Draco stands above everyone else as the most powerful being on Earth, but contenders have risen up to defeat him!

DracoFighter is a solo-developed 2D fighting game with a focus on accessibility and local multiplayer, with movesets that are easy to learn but harder to master. The game has no complex inputs, no special cancels, a simple juggle system that restricts long combos, and straightforward fighting mechanics, making it perfect for fighting game newcomers! Each character is original and hand-animated from scratch, with unique movesets and personalities explored through both the story and gameplay.