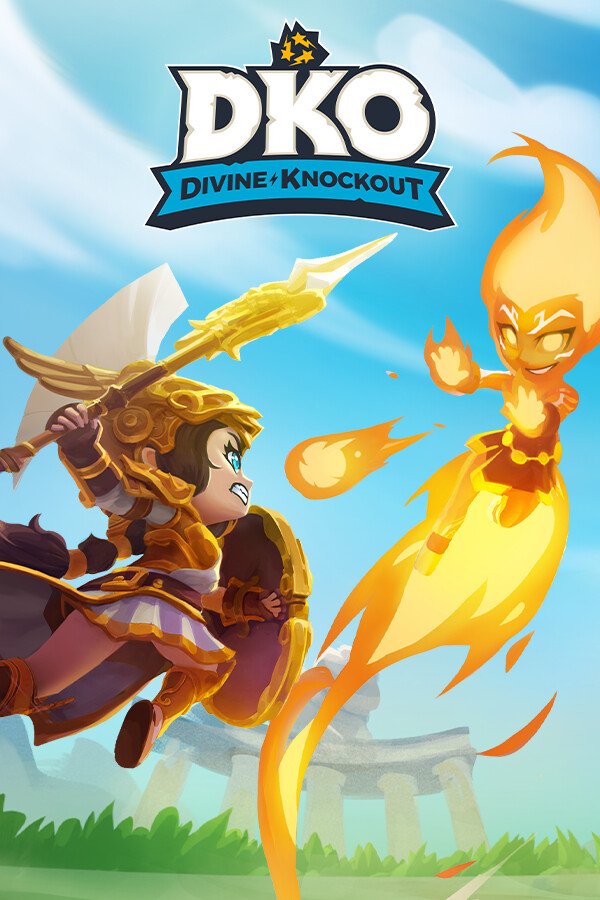 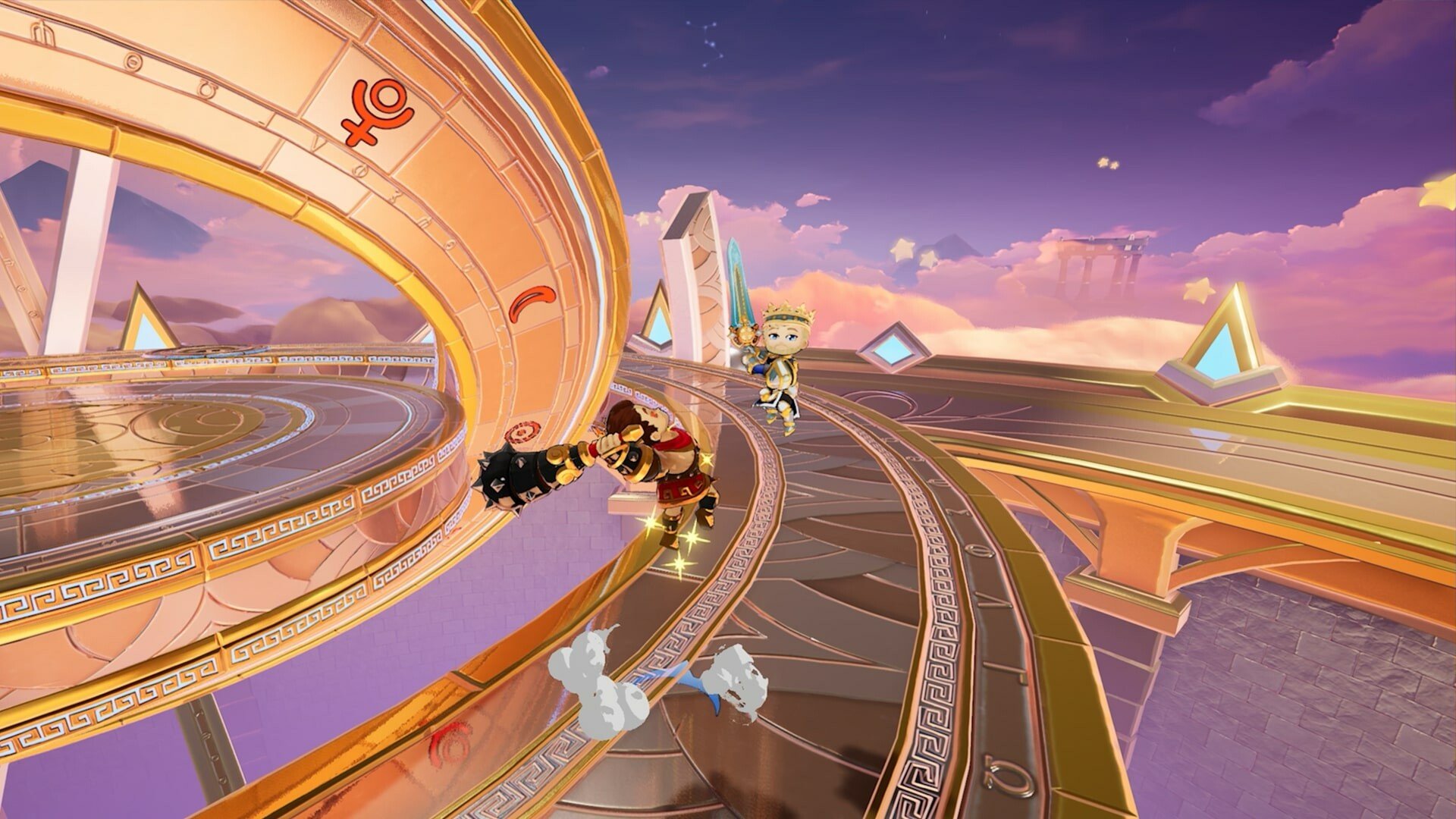 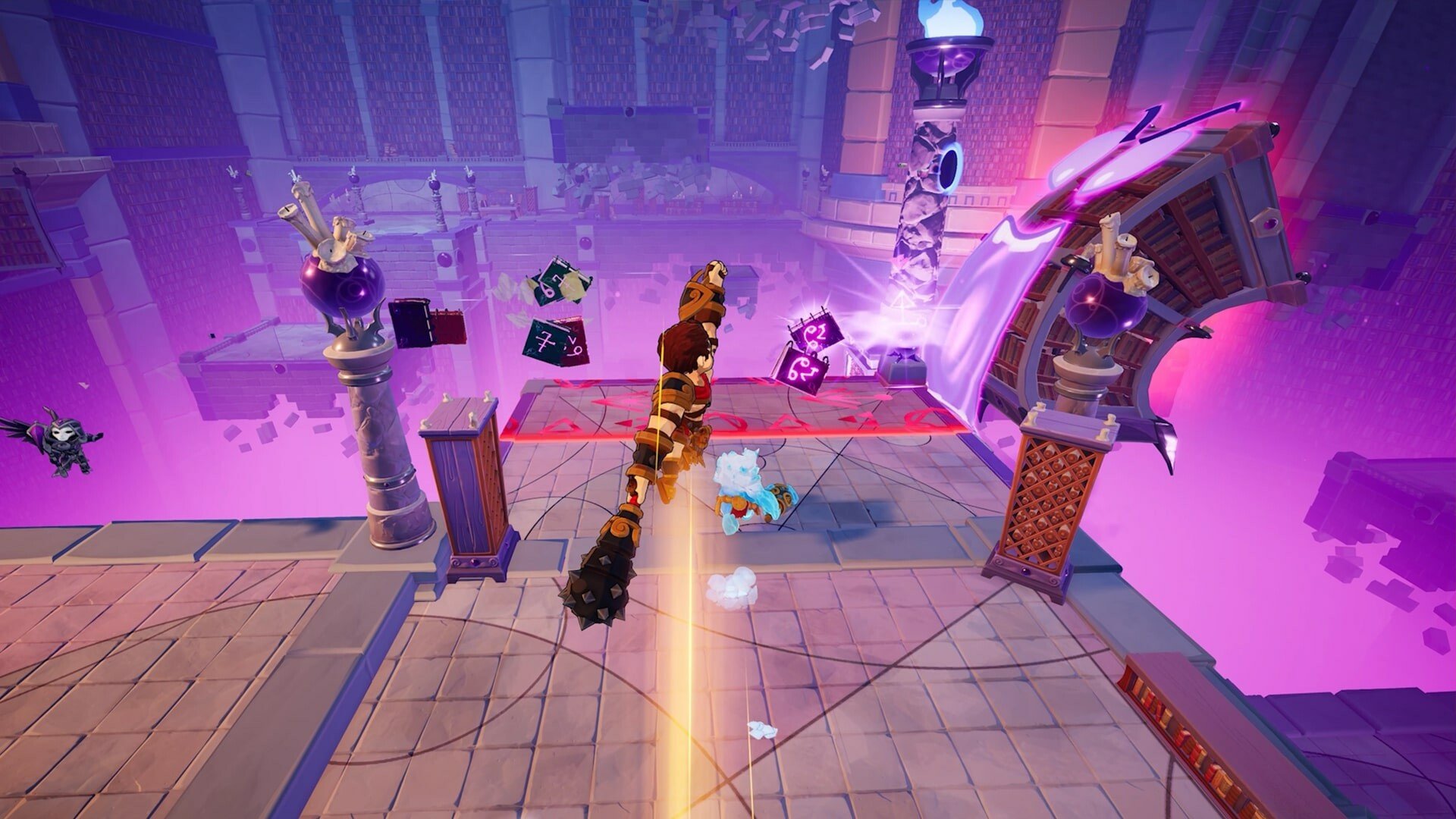 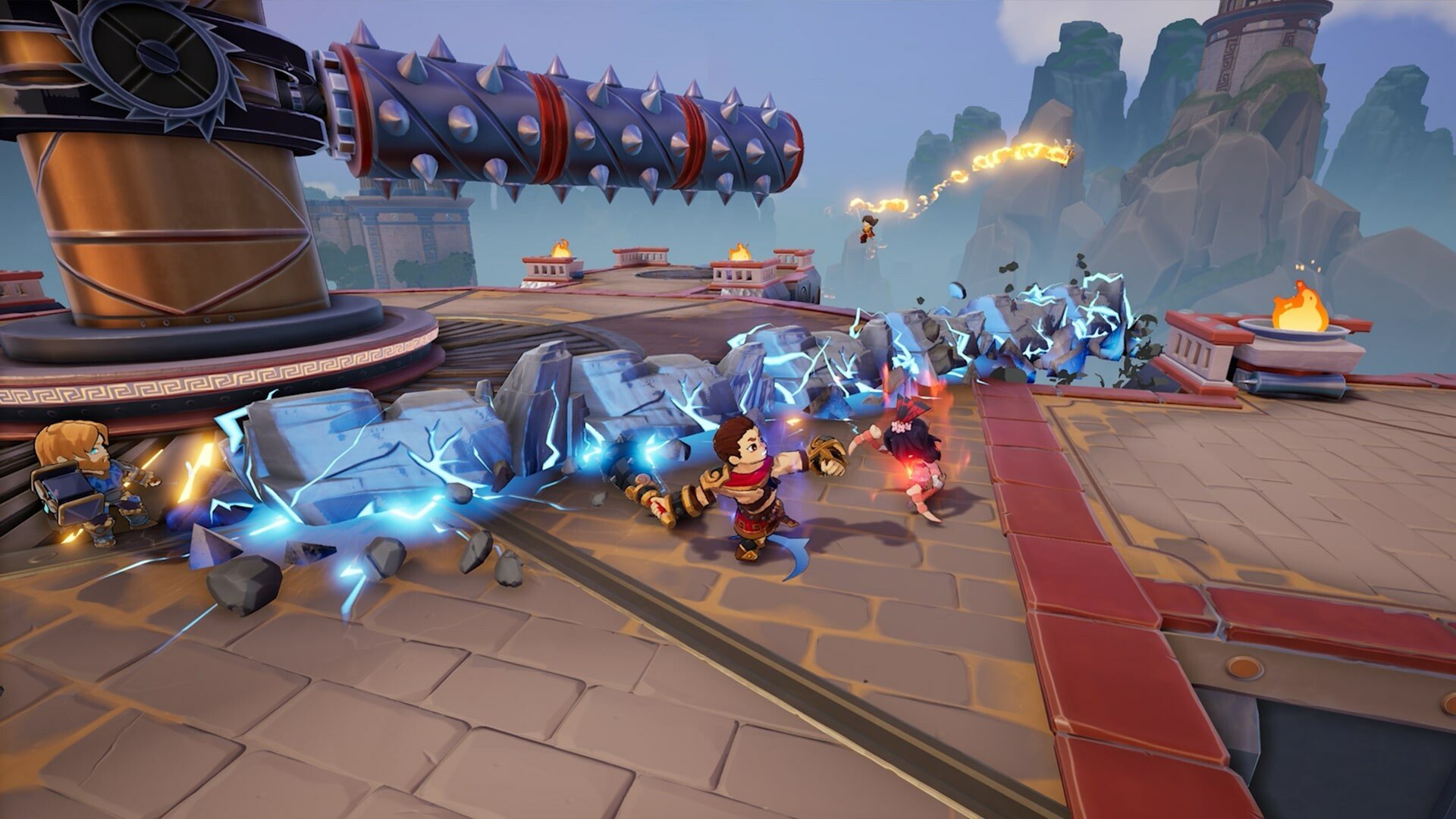 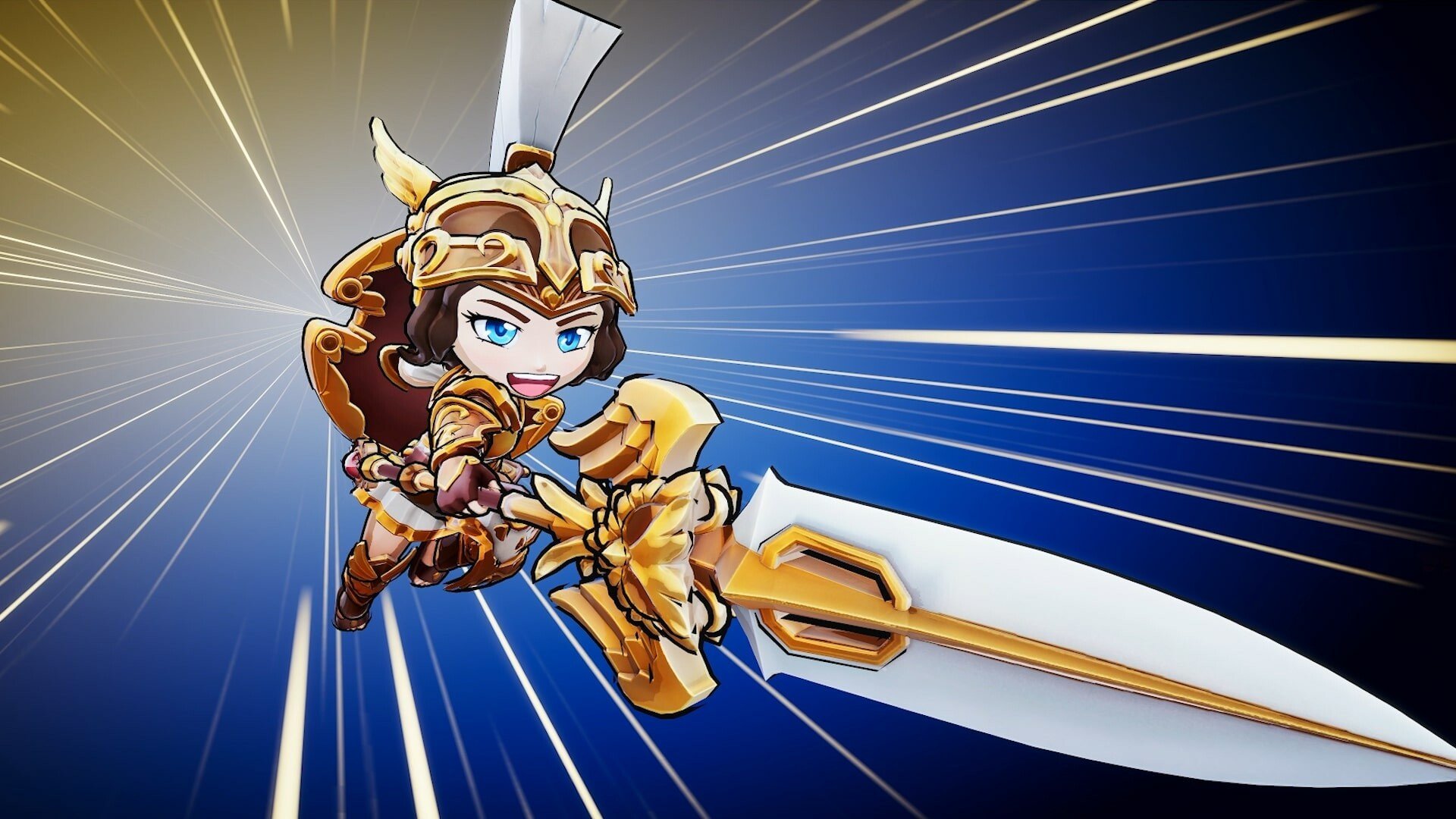 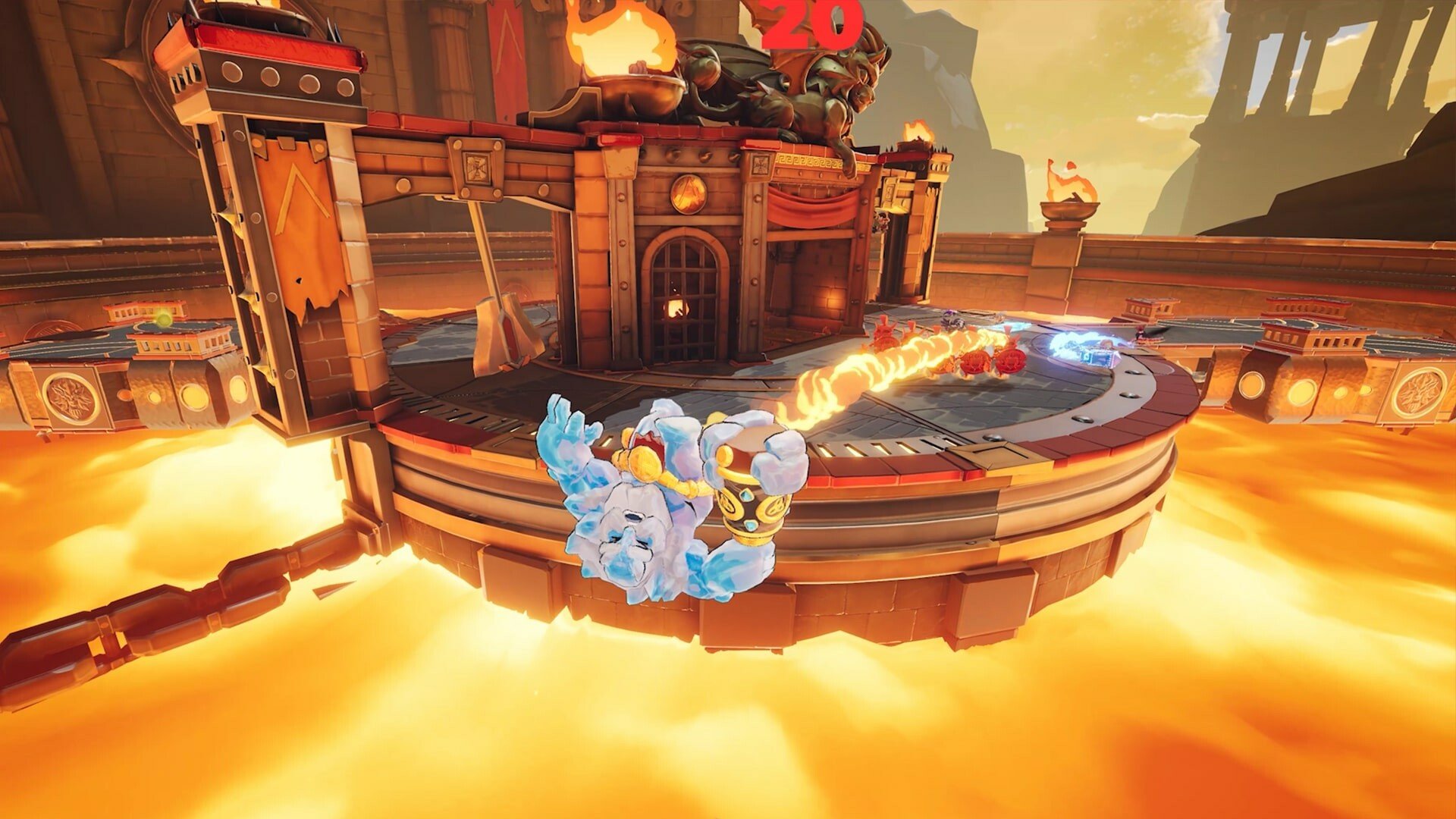 Damage enemies to make them vulnerable, then knock them out of the arena with a mighty blow! Enjoy combat inspired by 2D platform fighters, but brought into a unique third-person perspective.

Each arena features a new mechanic that players must master to win. Some crumble over time, while others feature deadly traps.

Hurl boulders as Hercules, swing Excalibur as King Arthur, or wield Mjolnir as Thor. Unleash each god’s devastating abilities at the push of a button.

In DKO’s core 3v3 mode, each round is a new adventure – and a new mode like Knockout or King of the Hill. Or play intense 2v2 and 1v1 duels, focused entirely on combat.

With full cross-play and cross-progression, you can play anyone, anywhere.

Customize each god to play exactly how you want, and to show your unique style.