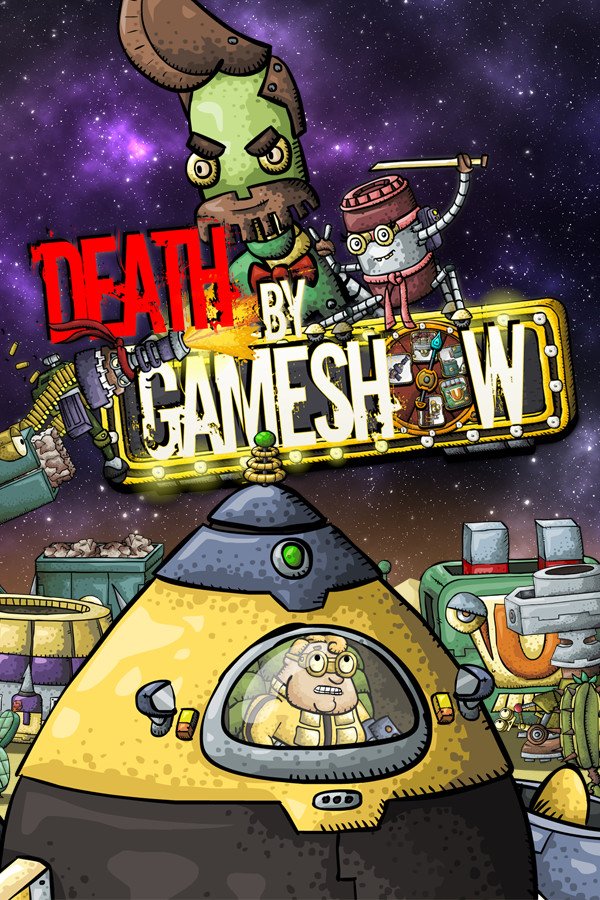 Welcome to Death by Game Show. A game of pop culture, decision making chaos and hidden parodies starring U.H.Wutt. A lead-footed tub of goo sentenced to rehabilitation in a time of droid tyranny and human ignorance.

Become the smarts behind Wutt’s rehabilitation, or as the fine print calls it “kidnap-come-illegal-trial-leading-to-banishment-and-death-sentence”. Fight back against the tyranny, free the minds of humanity and find freedom-for-all!

Death by Game Show is still very much being refined and improved. Reach out to us via the discussions as we take all constructive criticism seriously.