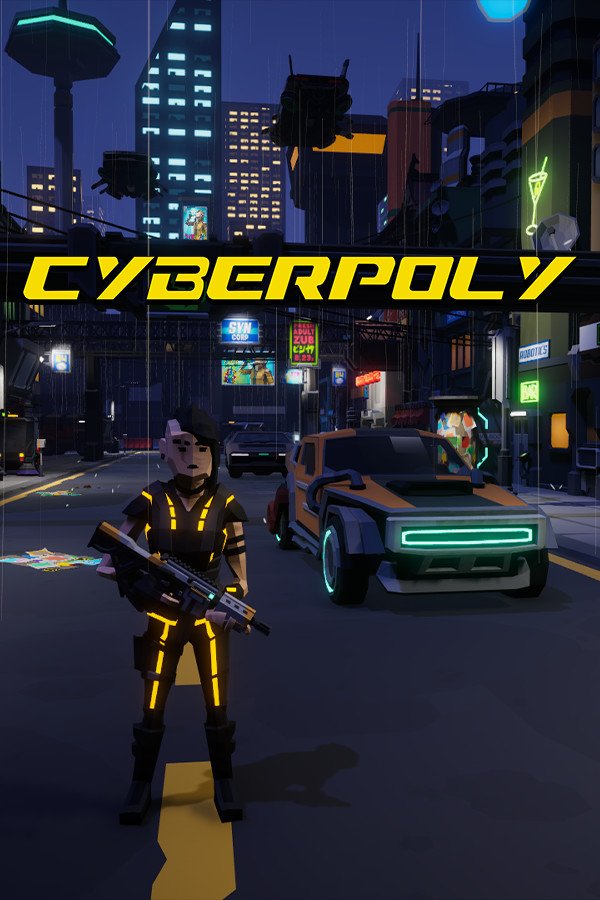 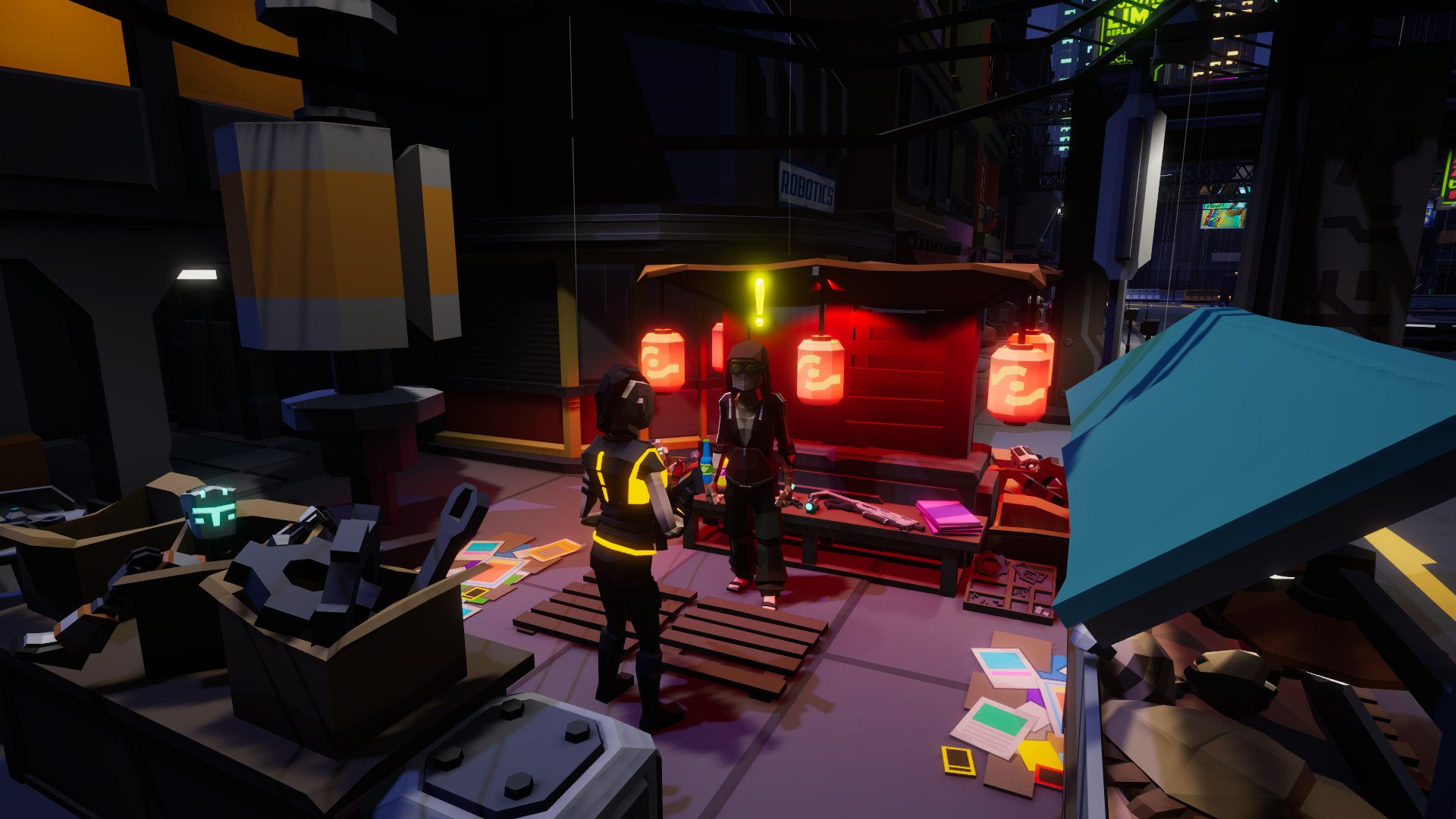 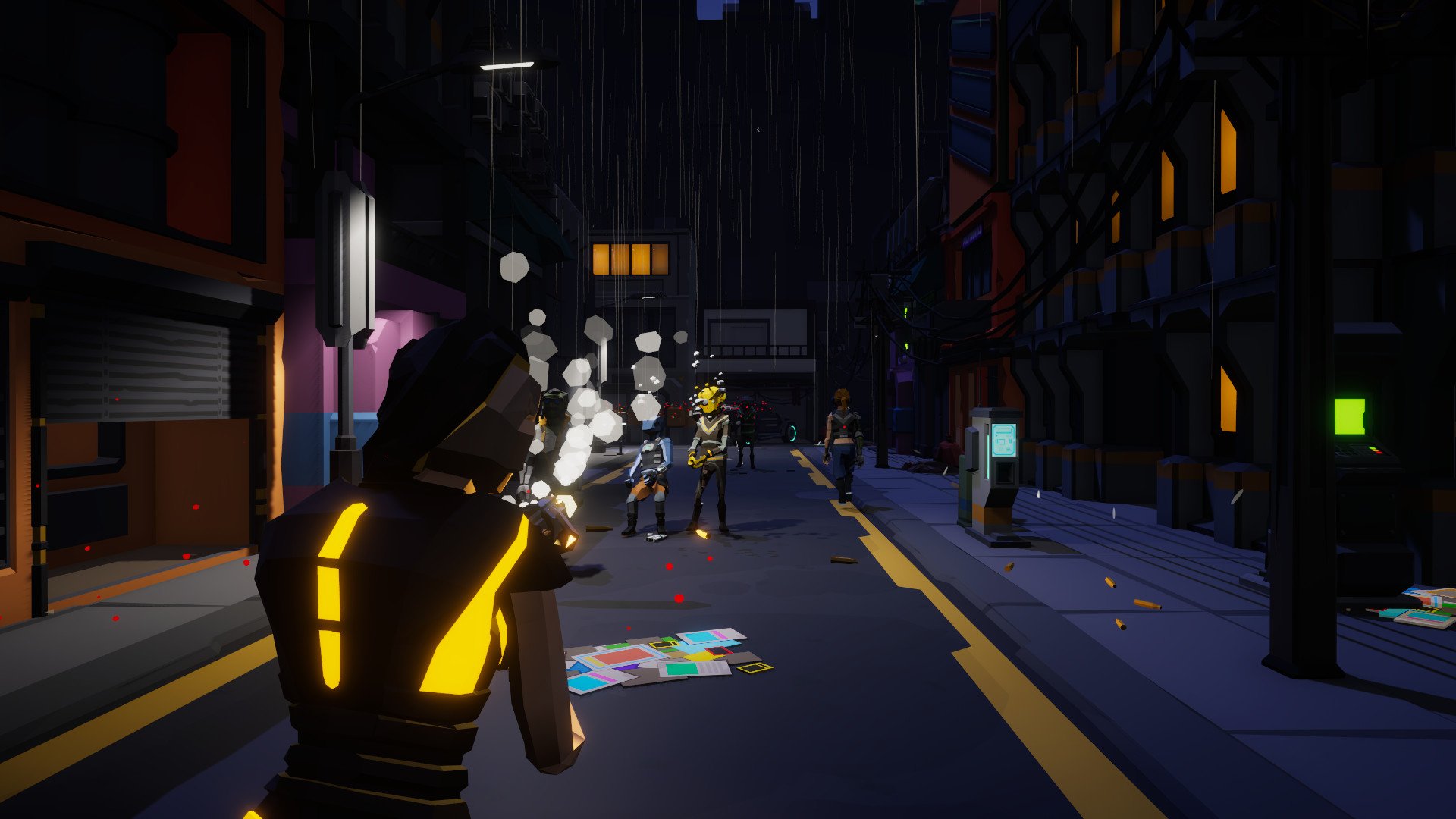 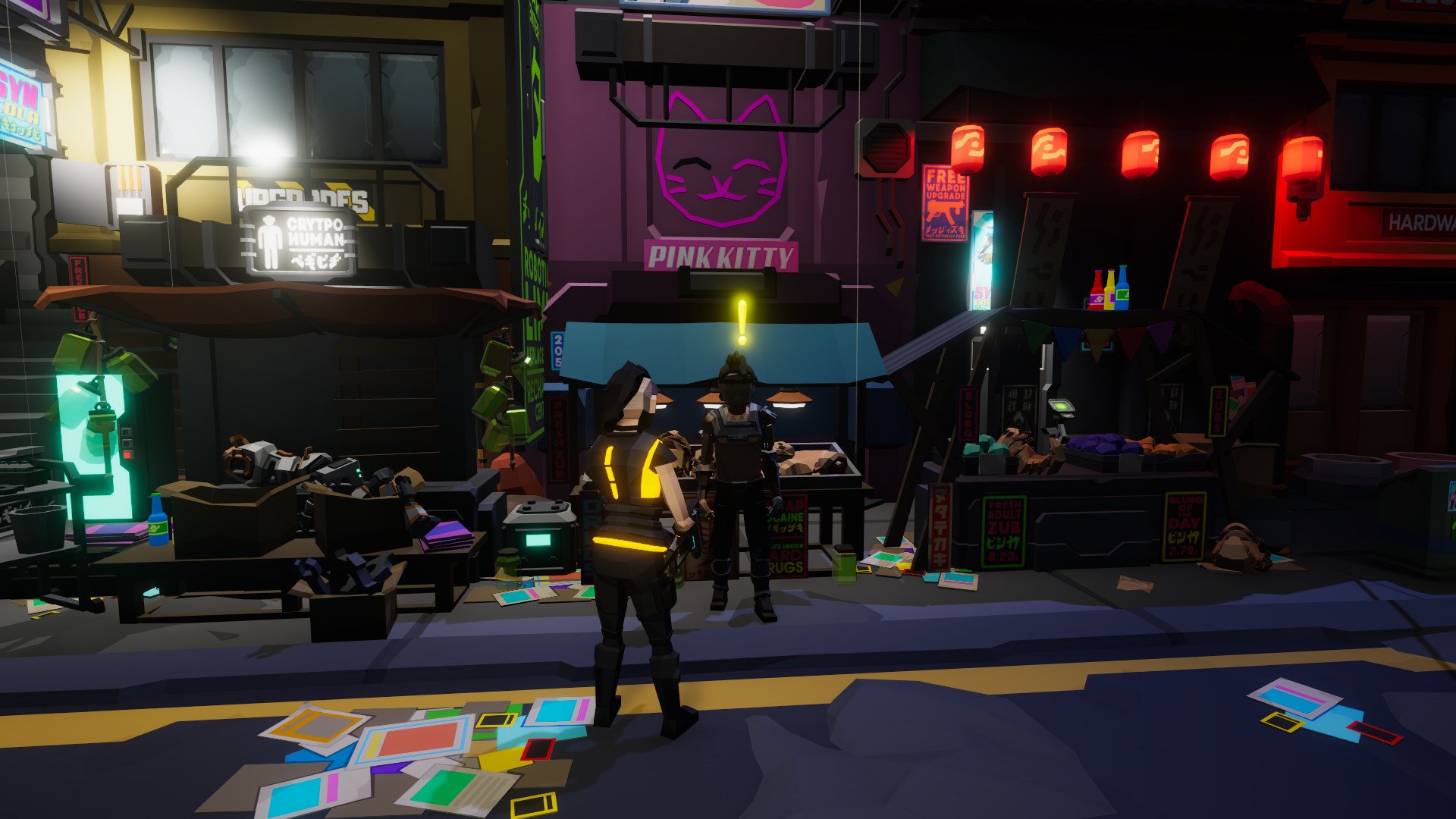 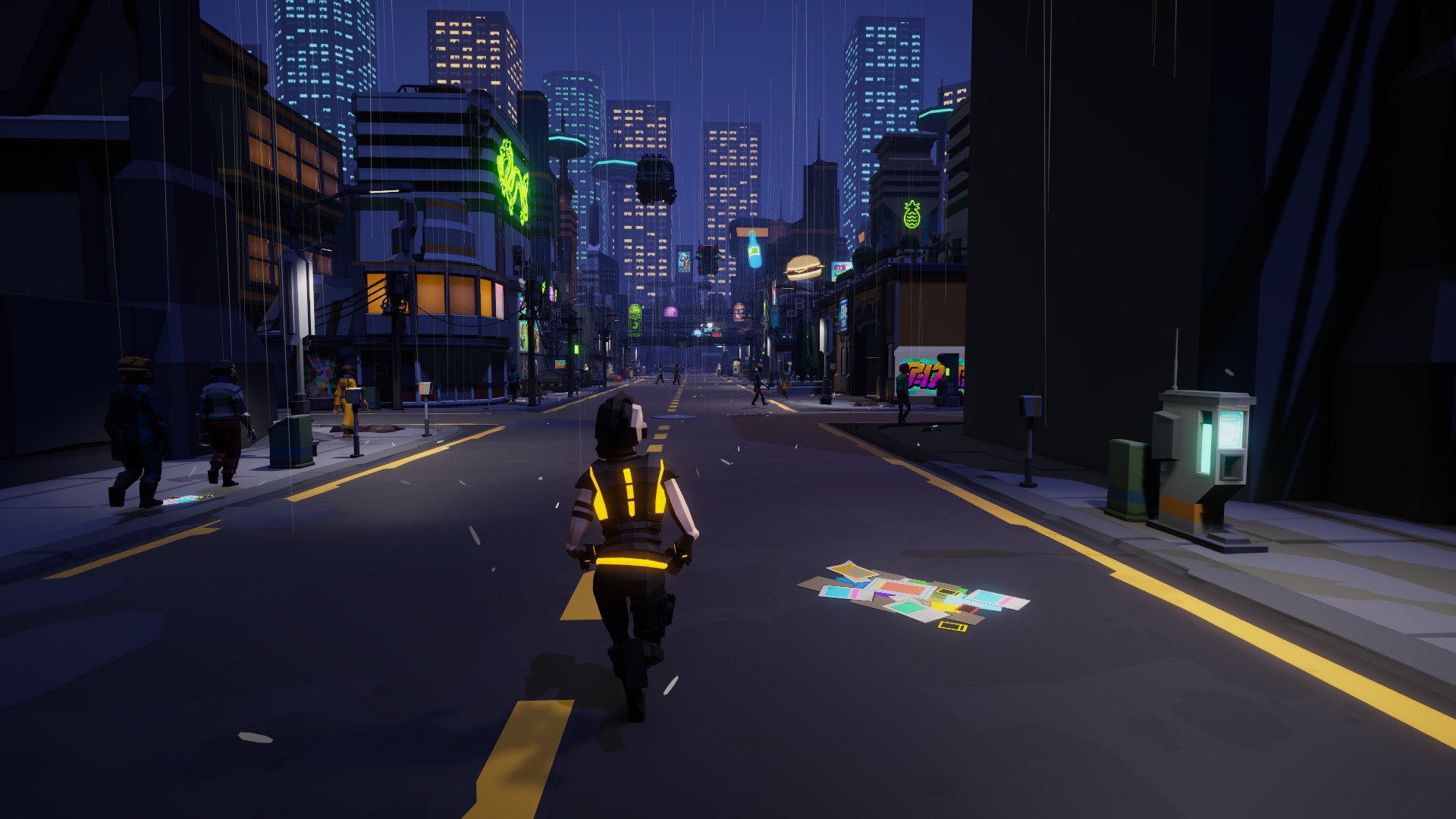 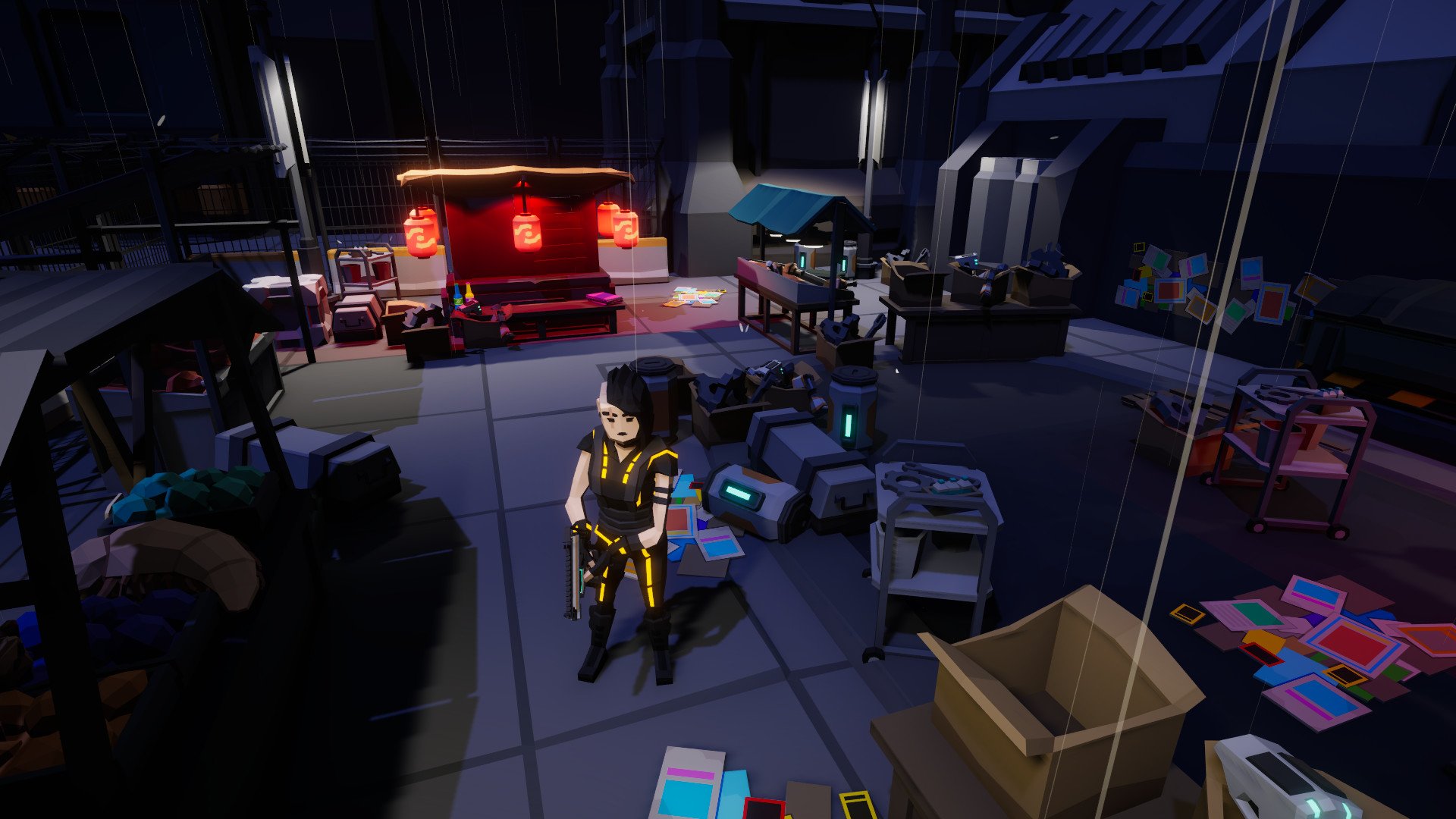 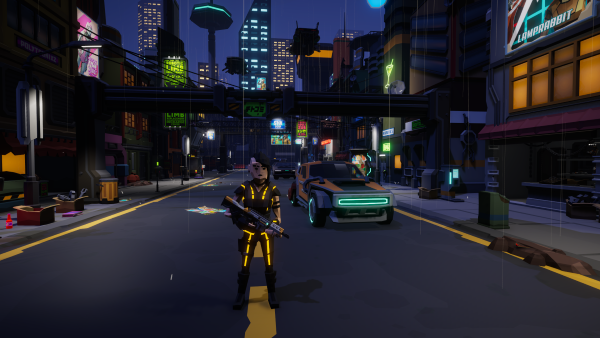 Open-world, third person shooter, and RPG set in the Dark City — a dangerous city dominated by money, crimes, and illegal trades. You play as a mercenary which take missions, work in secondary jobs, build a prestige, and unlock upgrades. 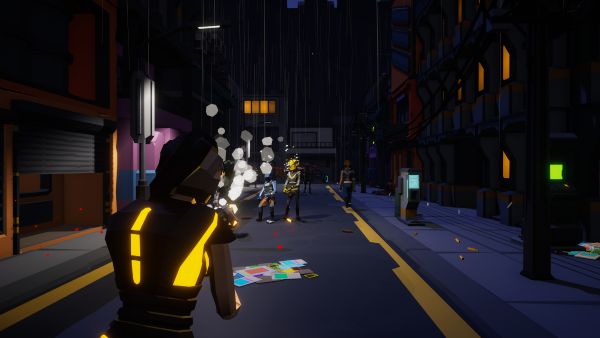 The game tells a story in a futuristic city full of characters to talk to, quests to complete, and interactable items. Story is told throughout missions that will target enemies to kill, locations to be explore, and characters to be talk to! 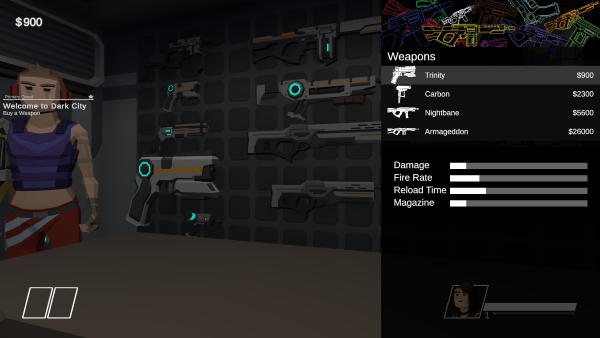 In the city our player will find stores and vending machines to buy weapons, ammo, and upgrades! In the vending machines you can buy ammos for your weapons. Stores will unlock you new weapons and new upgrades with money! 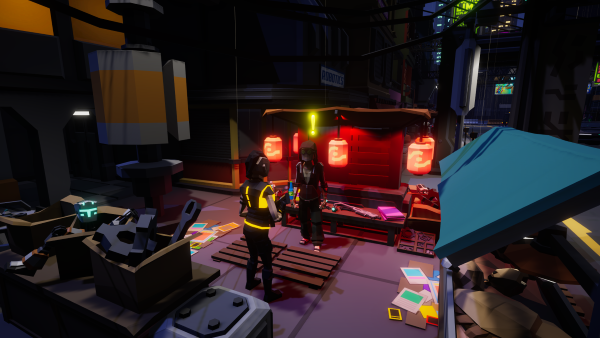 Help your gang to protect or destroy the city. Your decisions will influence how the characters behave in the future missions! The world is divided in 4 sections. Each section has a group of gangs that control it. 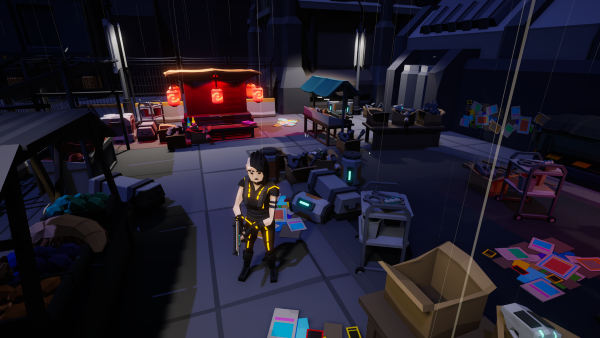 Exploring the open-world to discover new places and collect hidden quest items! Around the map you will find items to be collected, such as boxes of robot parts, and military case with secret documents!

Intel® UHD Graphics or above