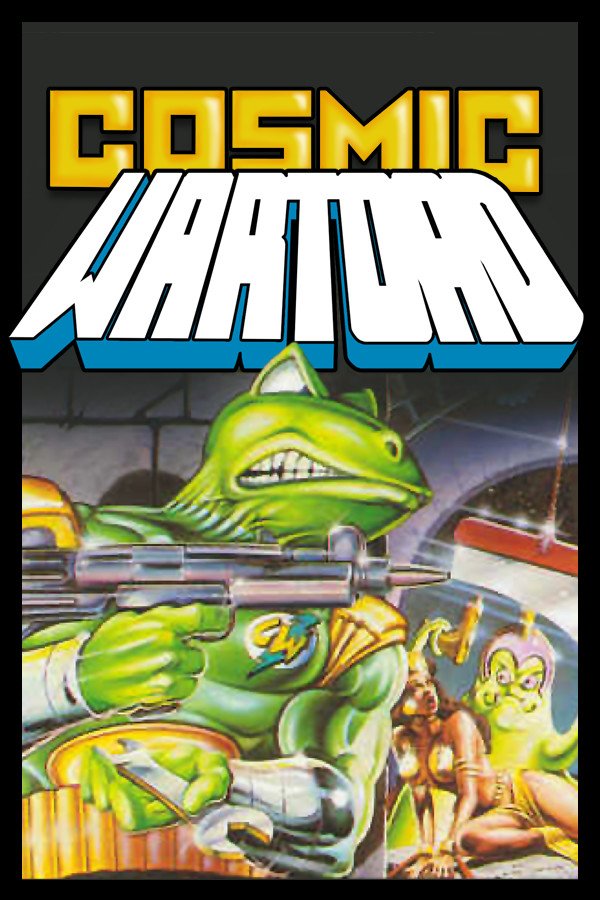 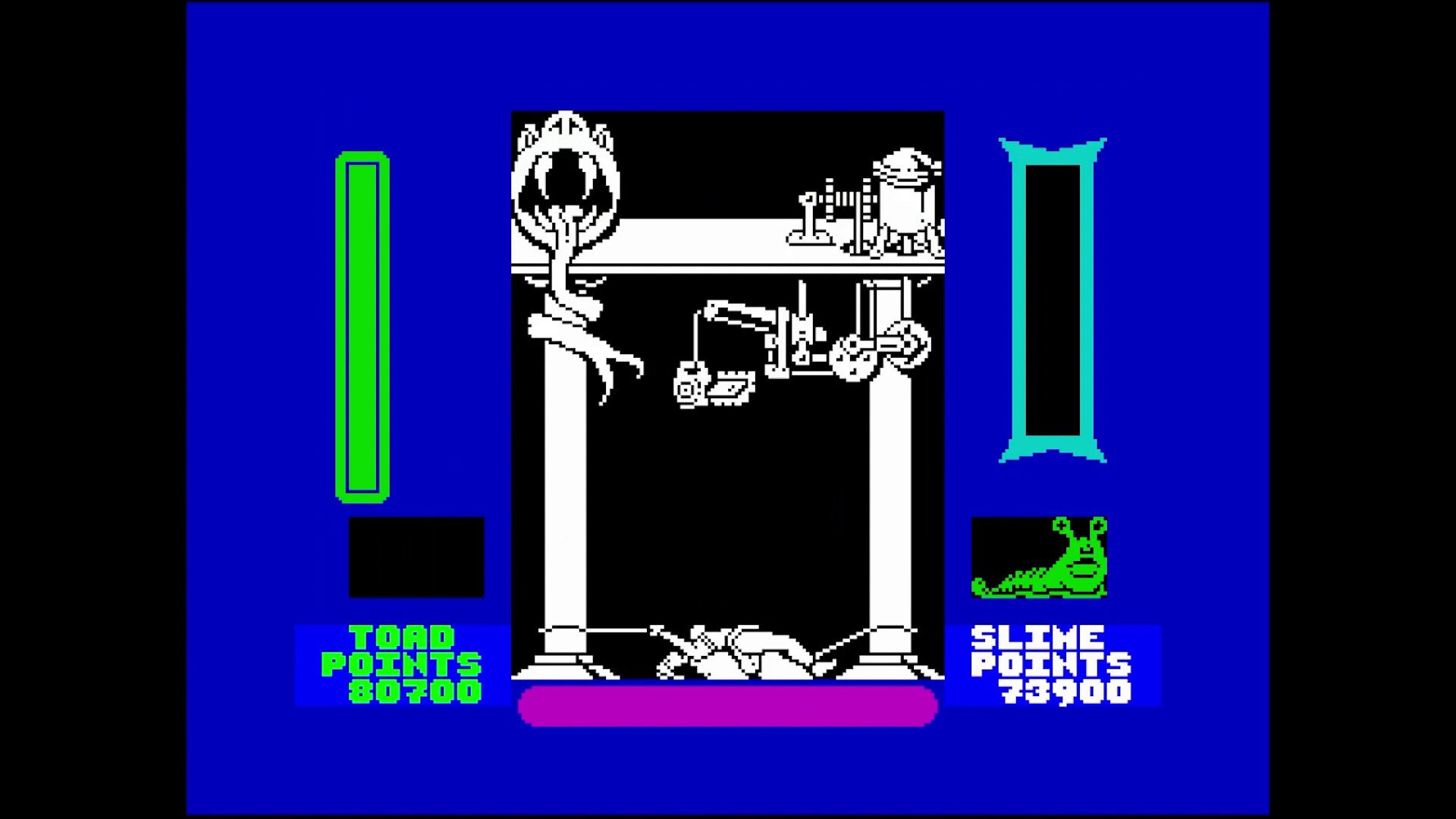 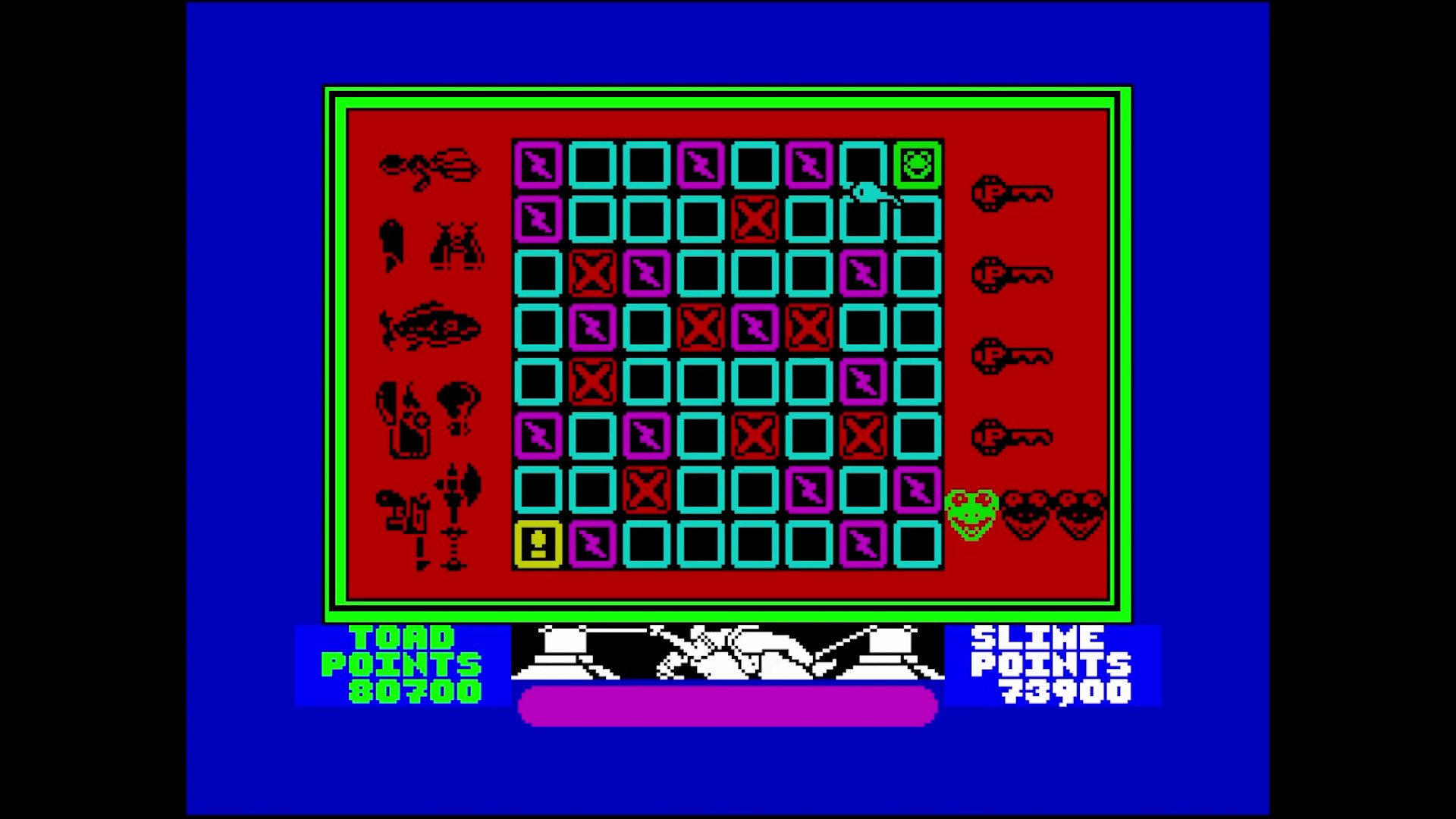 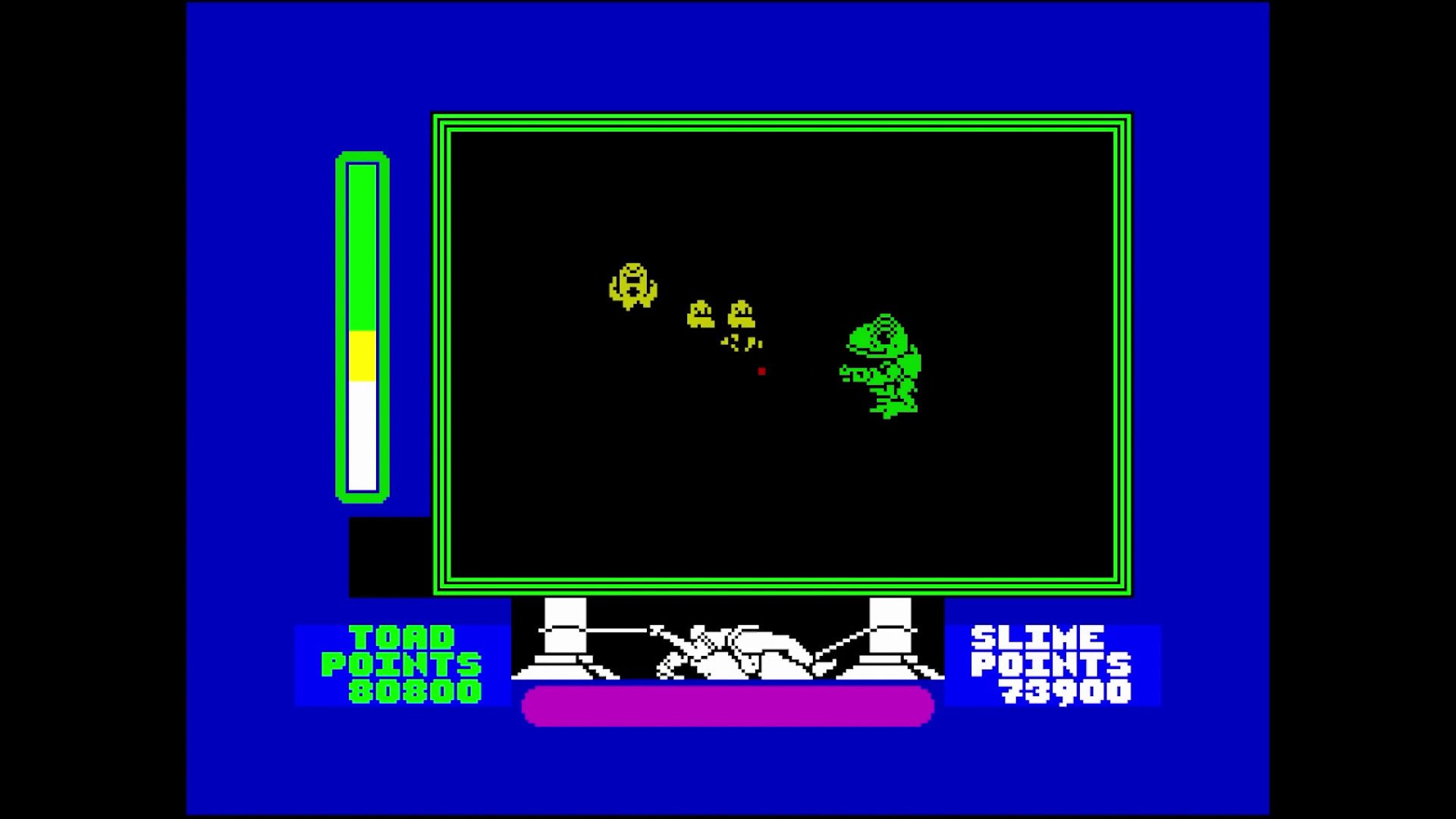 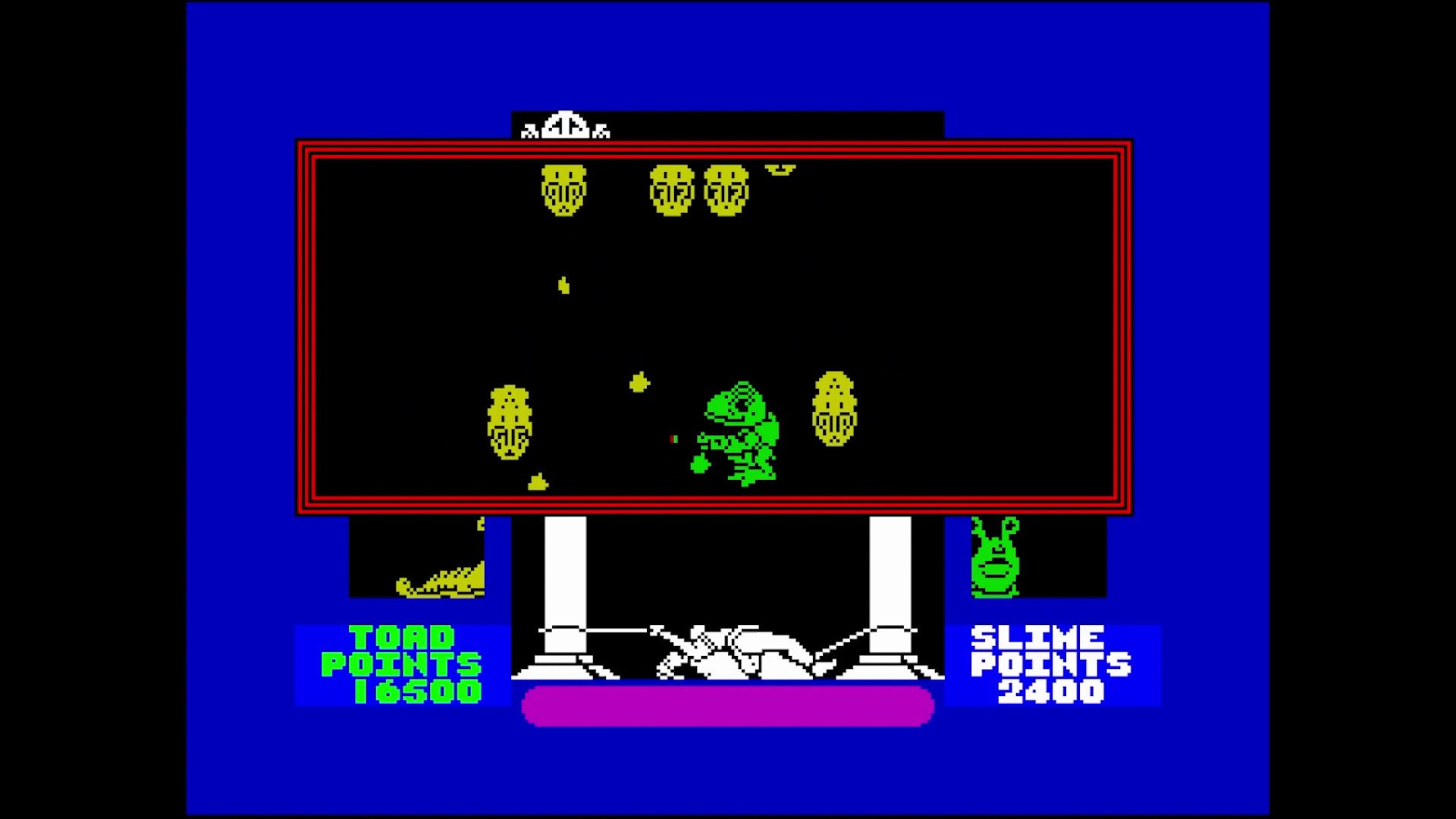 Originally released in 1985, this odd shooter for the ZX Spectrum saw players take on the role of a heroic Wartoad trying to save the Queen of the Cosmic Wartoads, who has been transformed by the Rygellian Slime Beasts into the most hideous thing imaginable: a human being! Now, relive those days in this remastered emulated version.

Make your way across the Time Grid, beating a number of combat challenges to claim each square. Find and collect the eight elements of the vital Cosmic Toolkit, along with the keys for the Road to Nowhere and Somewhere. Can you cross the Rygellian Time-Void, reach the Slime King's lair, and save the Queen before she is sliced in two?