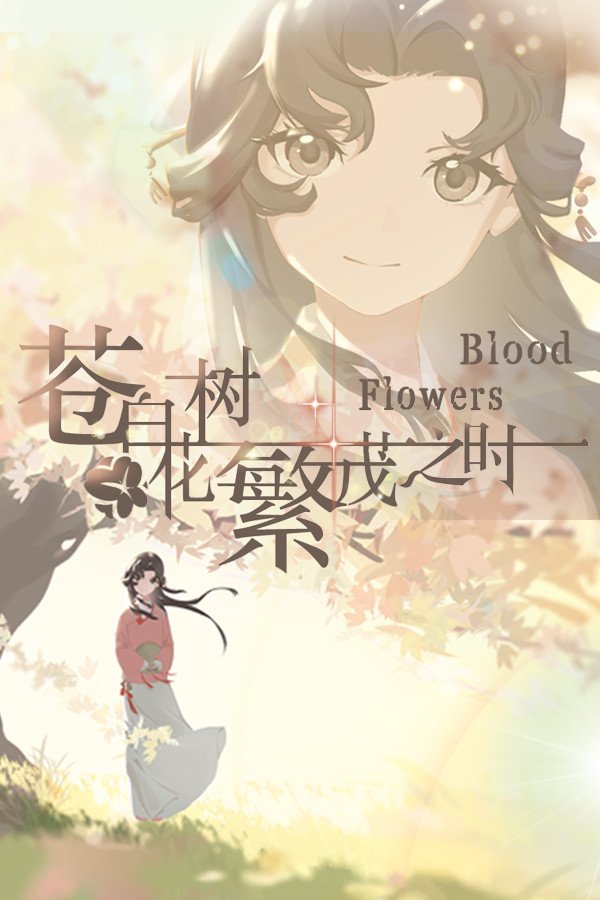 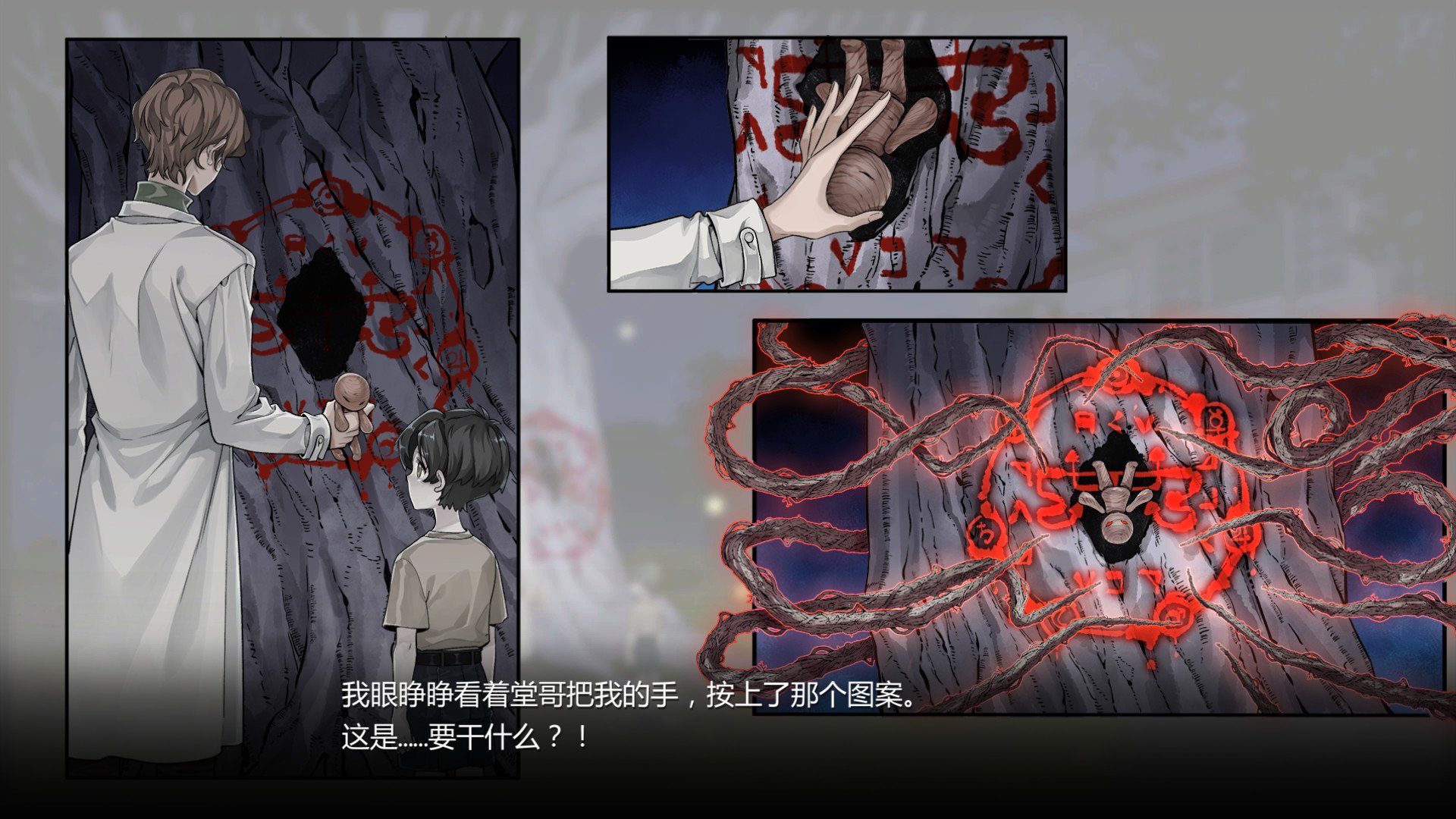 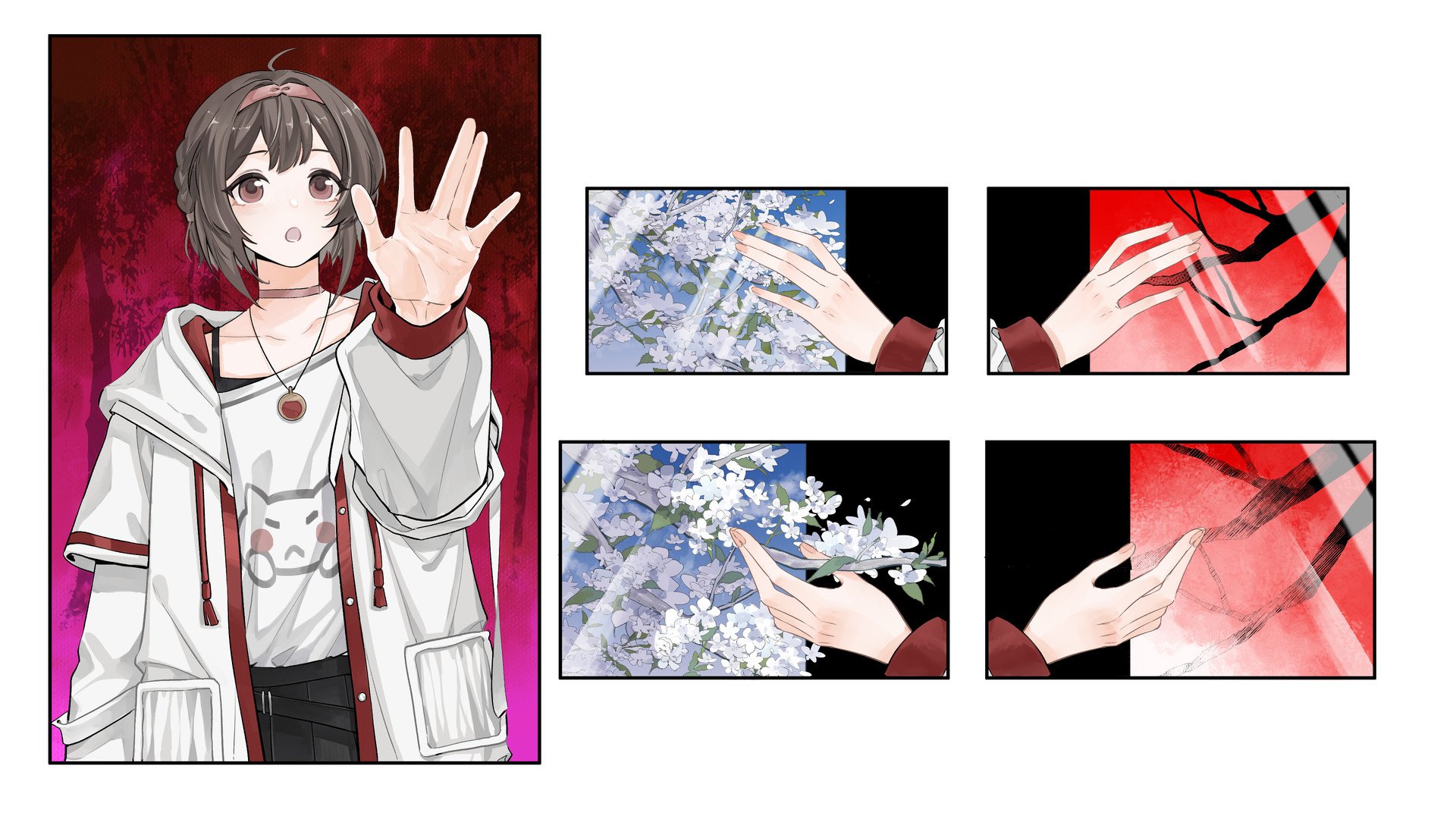 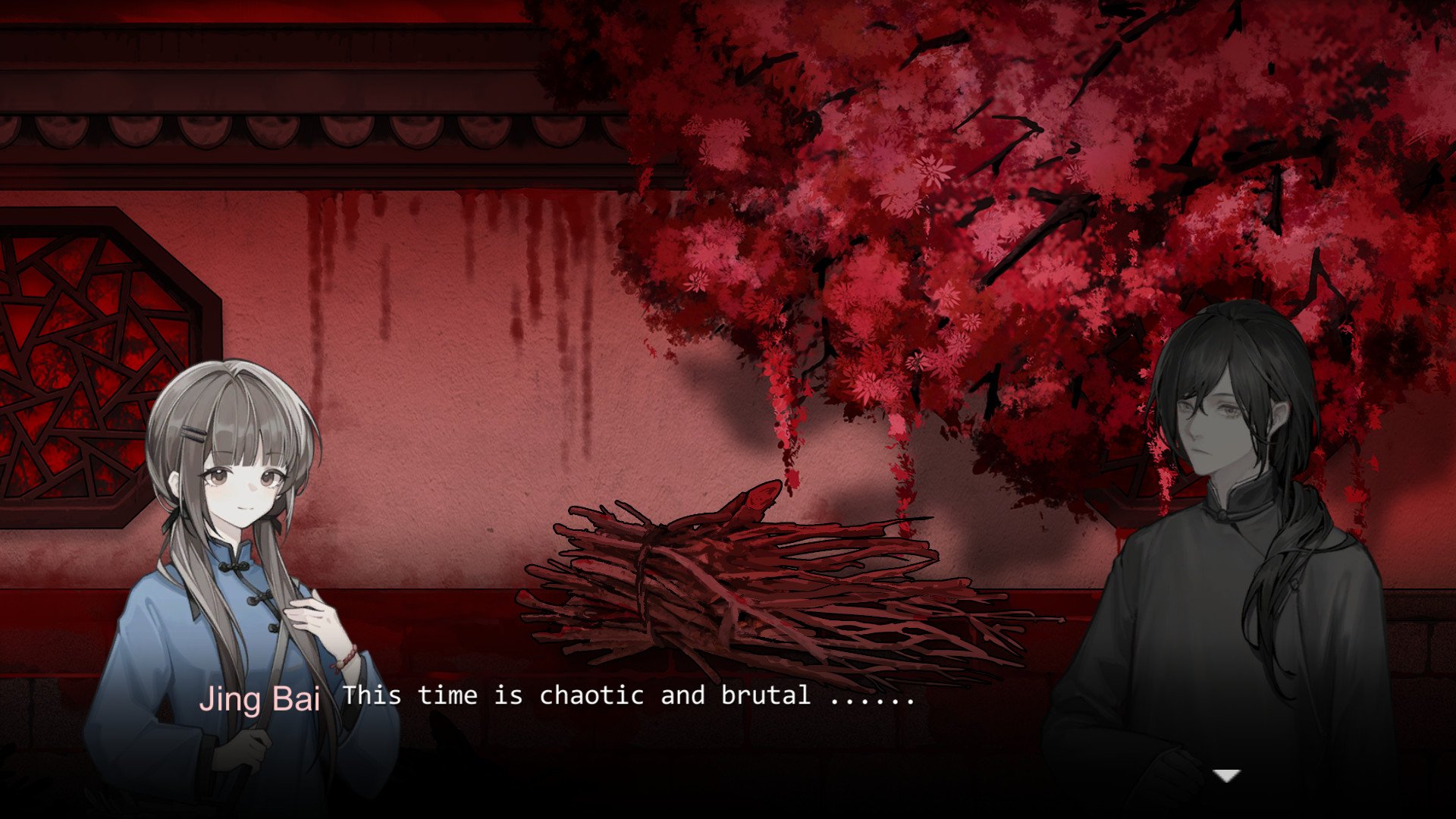 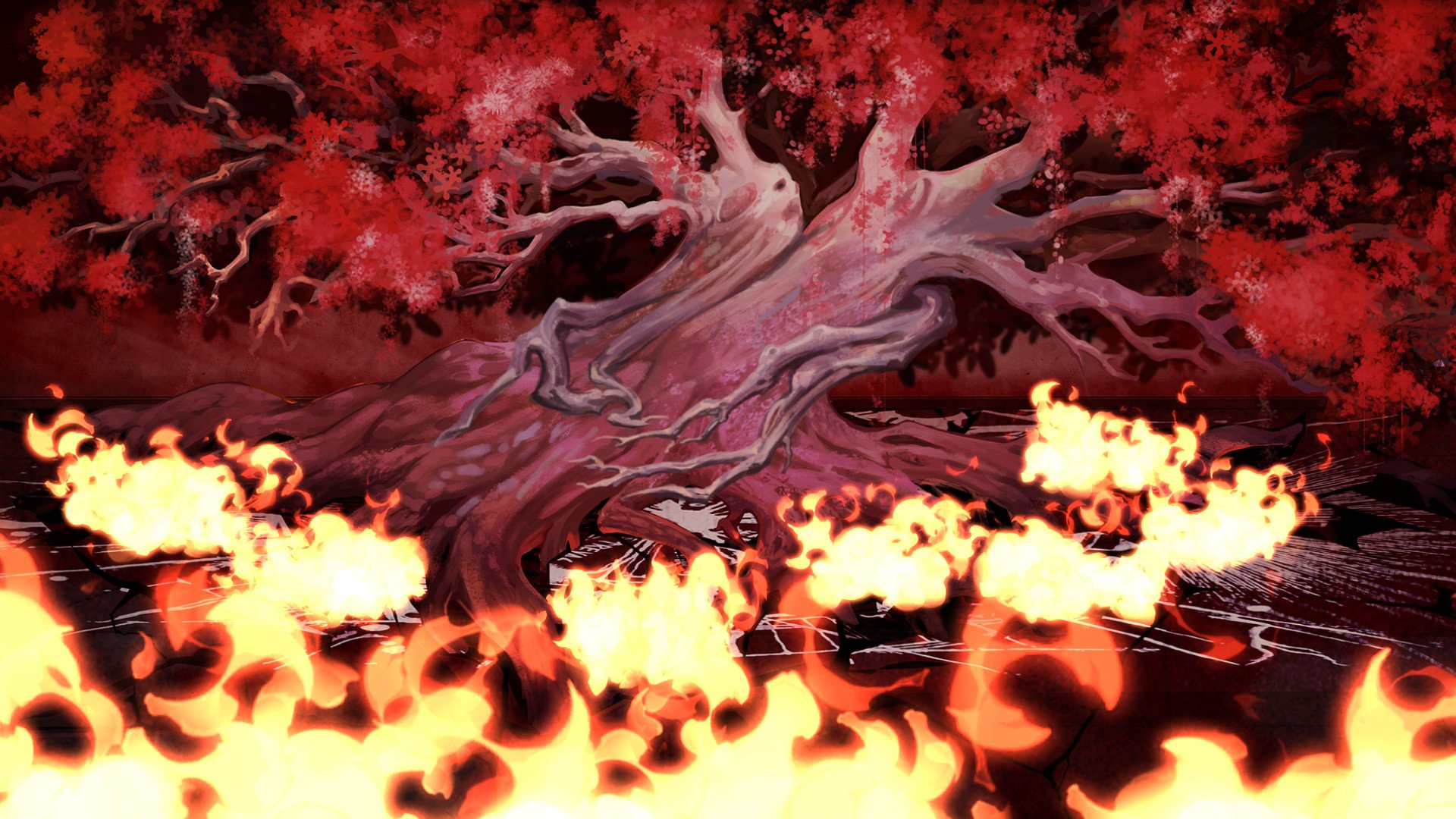 Puzzle, moderately difficult, with a storyline that just wants you to experience the pleasure of solving it.
Horror, light horror not for gimmicks. Combined with the storyline , made for atmosphere, without the kind of horror elements that are simply made to scare people.
The narrative, three different eras with one main storyline running through the narrative, add a few other viewpoints hidden in items, books, NPCs and other pieces.
We're still working on improving this game and hope to hear more feedback and comments from you all.

*This story does not contain a romance love element.

The setting of the game running through three eras: the Modern era, the late Qing Dynasty, and the Millennium.
Yinchen Zhang, a meteorite hunter. He is just like you and me, ordinary but with a little pursuit and dream. He may be different from many others because there is no "place to return to" for him.
Sue Bai, Jing Bai and Suoluo ...... are three girls from different eras with the same dream of guardianship.
Beginning with a meteorite that contains the qualities of revitalisation, the story gradually unravels the mystery of memories from 20 years ago, and then goes on to explore the meteorite rain that changed everything hundreds of years ago ......
Those alien meteorites bring with them active materials, but also greed and fear.
What feeds them is human's nature, and what kind of monsters are created depends on the humans themselves.

At the end of spring in the year 1899, the ancient tree was in full bloom overnight. The flowers are the colour of vermilion, as large as a man's head, and the light reflects the brow of the eyes, while the fragrance lingers in the city. The fragrance of the flowers is so strong that all the visitors who pass by the old house are covered in them. A person returns home with a fallen flower, which is set in the room for a months and does not fade, filling the room with fragrance and often shining like a red candle at night, to the amazement of all who see it.
Next month, the current plague broke out.
There will be a man who transcends time.
There will be a fire that burns out the whole city.
There will be a place where blood is shed.

Assistant of Bai City Geological Institute
Gentle and sweet,loves rabbits and bites in a hurry
The name predicts the fate of a lifetime

The number one meteorite hunter of the Meteorite Association, travels around the world for years in search of rare meteorites
He has the special ability to see magical things that do not exist.
But always brainwashing himself with "illusions, they are all illusions"

The only daughter of the Dean of the Bai City Geological Institute
Senior in college, track and field athlete, lively and cute as the sunshine girl
She can see all kinds of magical things, but is brainwashed by Yinchen Zhang to say "illusions, all illusions".

The current president of the Meteorite Association, the former number one hunter
Because she broke her leg jumping from the blimp, she had to switch to management work
↑ Black-hearted boss, at any time may be Yinchen Zhang with a keyboard to shoot stunned in the office

The orphaned daughter of the Bai family, studying medicine
Quite talented in medicine, treating diseases and saving people everywhere, invariably blocking the way of xxxxx
Alas, learning medicine can not save the people of Bai City

Puzzle solving ------
It's not hard.
We tried to make it as interesting as possible.
Some of the puzzles have hints in the scene objects and story interactions, so look around and you'll be pleasantly surprised!

↑
It was what happened at the time.
Of course, this Q character style has many advantages, such as being suitable for dynamics, for walking and interacting, besides, it makes for a less scary performance in key episodes.

What we want to say ------
"Nail Bone Studio" is a group of three people and one cats who have come together because we play games. (What games we play should be clear from the name of the studio, ahem.)
Before that, we were working in big companies, and we also had students who had been working on independent games. Now we want to work together to make games that we like and that players will enjoy.
had some interesting problems during the development process, and we hope to tell you about them sometime. Please let us know about the subsequent development of the game and about what kind of updates you want.
We also believe that good artwork must involve players, so we would very much like to get your first feedback. For this reason, we currently have no plans to release the game through another company and would like to go directly to the players.