In the small town of Dim River, Henri wakes up in the middle of the night to a sudden and loud noise. A strange metal cabinet has fallen through the ceiling from the apartment above, effectively blocking his front door. The night life of the town goes on, oblivious to Henri's struggles as he tries to solve his predicament, perhaps not completely on his own.

The night is going to be long and peculiar...

Blank Frame focuses on atmosphere and story instead of constantly startling the player with cheap and unnecessary jump scares. Blank Frame is meant mainly for fans of slow paced surreal/psychological horror games and films.

The night will take the average player about an hour and a half to two hours to play through on your first attempt and is meant to be played entirely in one sitting. Two different endings can be achieved depending on how you go through the game. 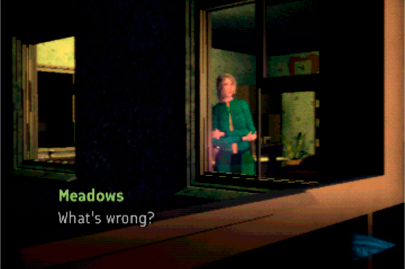 Game play is a combination of point and click and walking simulators with a dark and psychological tone. However, it is possible to die in this game. Thankfully chances to die are rare and can be avoided fairly easily so deaths do not feel cheap. 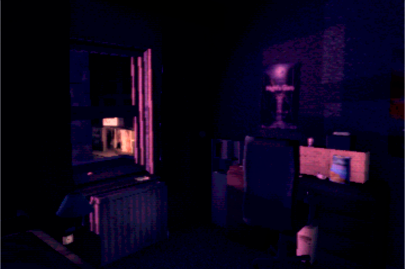 In Blank Frame you will...

Experience a dark and winding story line, always unsure of what is coming next.

Solve various puzzles that Henri faces to find his way out of predicaments.

Face one of two endings based on your choices during this 1 1/2 to 2 hour long experience.