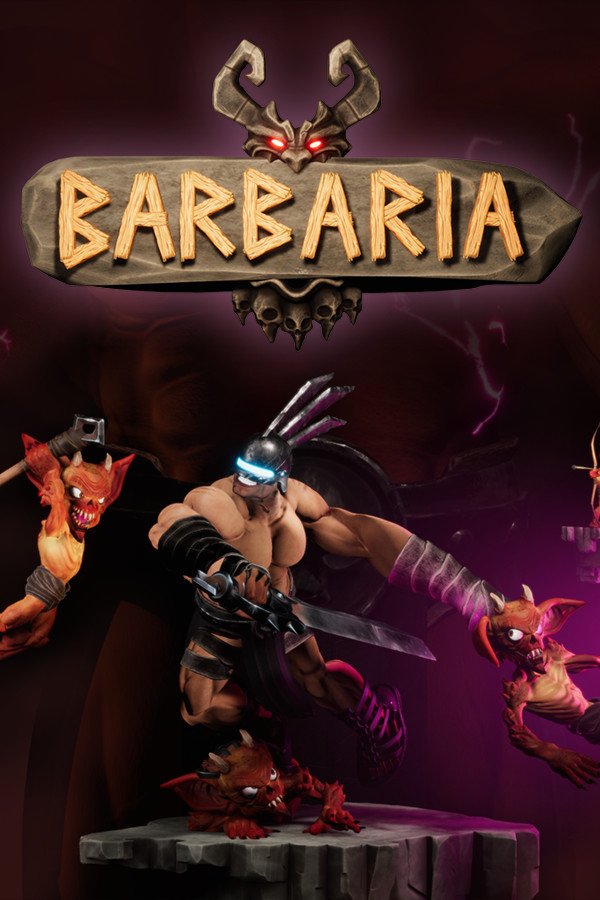 Barbaria is a VR combat/builder mashup. Attack other players, build defenses, and equip your team as you compete to be the Mightiest in Barbaria!

Use your fists, axes, swords, bows, rocks, or anything else you can find for intense 1st person combat action. Toss enemies to allies to be dispatched, catch rocks flying toward your head, ignite an arrow before firing it at an enemy, or launch opponents into the air with traps. Then jump out to your immortal form and watch your minions carry on the battle while you rain down meteors from above. Systemic combat, enemy AI, and player-created defenses make every battle unique.

But remember, you aren’t the only Semigod in Barbaria! Attack other player-created realms to increase your Mightiness, and receive rewards when your team successfully repels others. Watch replays in miniature from your Stronghold, then strategically place structures, champions, and minions to keep future attackers at bay.

Intel i5 4590 equivalent or greater

Intel i7 8700 equivalent or greater