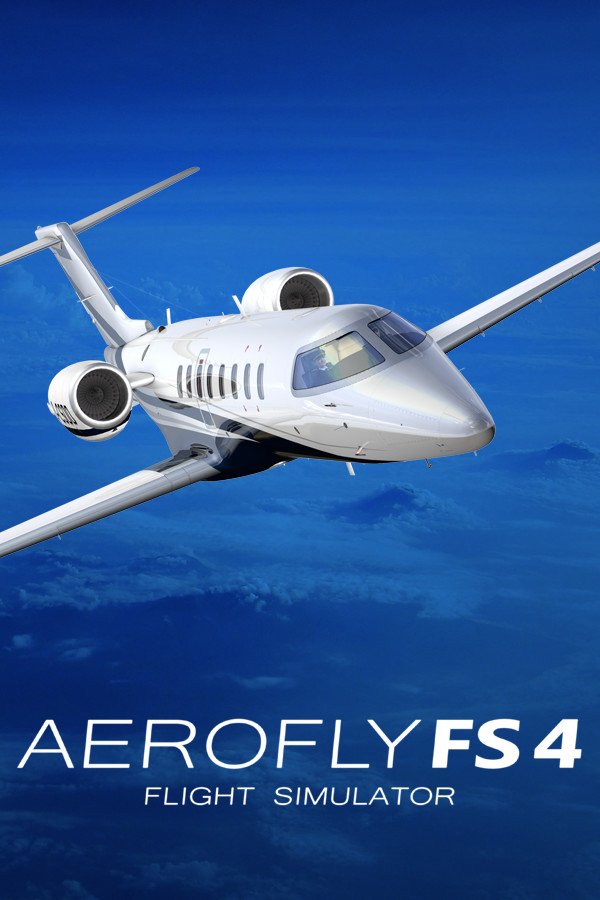 Aerofly FS 4 is a true next generation flight simulator with an easy to use and intuitive user interface as well as custom graphics and physics engines using state of the art technology such as 64bit support, multi-core processing, native Vulkan and Virtual Reality (VR) support, a real time full multibody simulation and complex aerodynamics simulation. World wide coverage of elevation data and base aerial images are included with Aerofly FS 4.

Step into the flight deck of your favorite airliner or enjoy a relaxing cross country flight in a warbird. Discover new places by flying one of the many custom missions or become a virtual airline pilot and choose from tens of thousands of real world airline flights. Track your career progress with the new flight-log feature or try to obtain all achievements in all aircraft categories.

To reduce the download size of the base package of Aerofly FS 4 Flight Simulator not all areas of the world share the same ground aerial image resolution. Additional free downloadable content packages (DLCs) are available in the Store to download higher resolution images and more custom modeled airports.